Susanna Reid hosts the one-off and goes out and about in the local area with Sara to find out what happened the day her little girl was snatched.

Sarah, eight, had been walking home when she was taken by Roy Whiting, who was jailed for life for her murder in July 2000.

Sara recounted the time after her daughter’s death on Good Morning Britain and discussed how she is doing almost 20 years after the tragedy that changed her life.

She said she wanted to let everyone know they are surviving and getting through the ordeal.

However, Sara explained there was one regret she had in how she brought up her children.

“The way I chose to bring my children up was with magic and softness and fairytales,” Sara explained.

“What they had was this massive smash of reality and it made me regret doing that.”

On discussing the day the kids had their first taste of freedom, Sara added: “They had their freedom for the first time.

“They would have had no idea that a convicted paedophile was in the area.”

Sara discussed why she felt it was the right time for this documentary, explaining: “I think it’s important to keep people updated.

“A whole generation has grown up in a different world and I hope it’s a safe world.”

READ MORE: Sarah Payne’s brothers ‘still haunted’ over the abduction and death of their sister 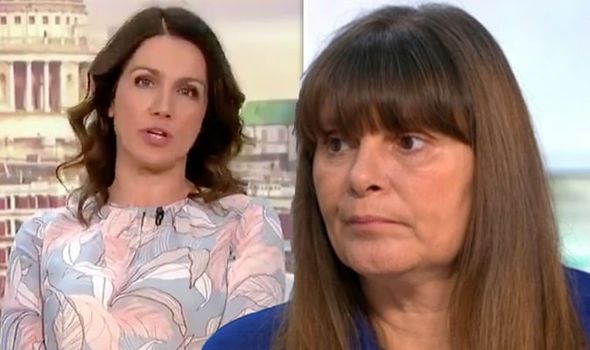 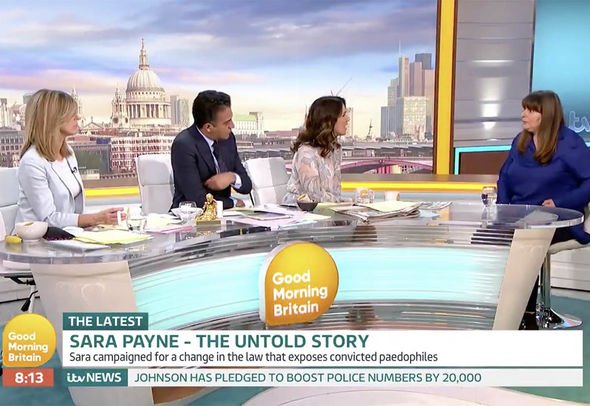 Viewers were in awe of Sara and her bravery while discussing the tragic event and flocked to Twitter to praise the mother.

One wrote: “That was a moving interview with Sara on #gmb I really admire her strength after what she and her family went through all them years ago. Where events like that could send others down a life of drugs and drink she has kept it together and helped loads of other families.  Thanks.”

Another added: “#SaraPayne What an amazingly strong & brave lady. Fighting for & getting Sarah’s law implemented, after going through such personal agony. #GMB Looking forward to watch- #TheUntoldStory.”

“Sara Payne amazes me. Such an incredibly strong & courageous lady. Thank you for all you have done to help keep our children safe,” a third said.

A fourth commented: “I was told that someone on my road is a peadophile, I asked the police if they can confirm this under Sara’s law, they said I’d have to leave my child alone with this man before they could tell me if he was a danger to my child or not. How does that make sense?” 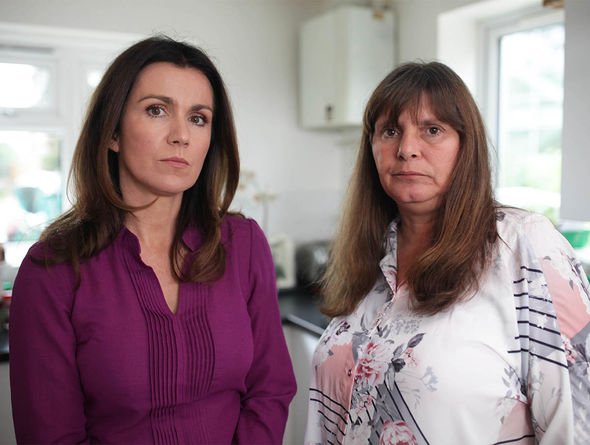 In this evening’s episode, Sarah returns to the scene her daughter was abducted.

While chatting to Susanna on a park bench, she said: “If I close my eyes I can see her and I can hear her and see her running around just shouting.

“The last thing I remember is Sarah just waving and she was like, ‘Go, go go, we’ll see you at home.’”

She added how her children all felt “very safe” in the field in Kingston Gorse, West Sussex.

Good Morning Britain airs weekdays on ITV at 6am. Sarah Payne: The Untold Story airs tonight on ITV at 9pm.