Lou Ye — one of the most famous and least consistent of the so-called “Sixth Generation” of Chinese filmmakers — has been compelled by a Hitchcockian notions of romantic obsession ever since 2000’s “Suzhou River,” in which the actress Zhou Xun played two different women who the unseen narrator ultimately conflates with each other. The mesmeric but frustrating “Saturday Fiction” unfolds like a luminous new riff on the same idea, as Lou is clearly still fascinated by the various roles that we play, and the notion that people are often so enamored by what they want that they can lose sight of who they want it from.

“Ultimately it is the desire, not the desired, that we love,” Nietzsche wrote, and “Saturday Fiction” puts those words right on the screen as it pulls them apart. Only this time, they carry much, much deadlier consequences, as Lou has upped the stakes from a little story about small-time hoodlums to a byzantine epic about a mess of spies and movie stars who don’t realize they might have the power to stop Japan’s attack on Pearl Harbor. 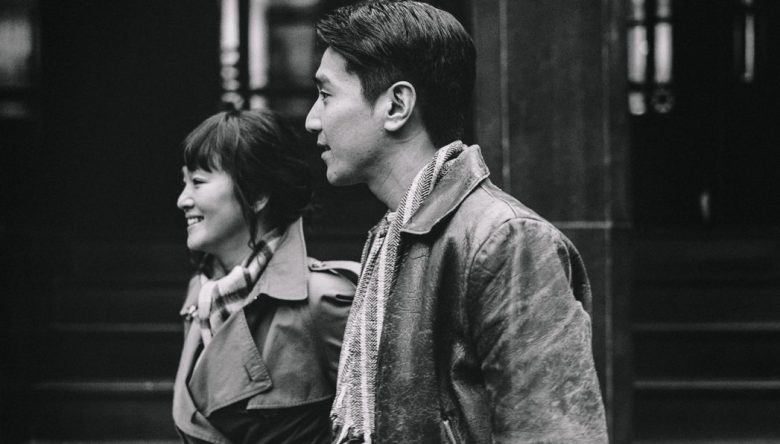 But if the noir-tinged “Saturday Fiction” — filmed in high-contrast black-and-white, and brought to life with exquisite production design — is much grander and more beautiful than “Suzhou River,” it’s also much broader and less focused. An explosive third act shootout may be the most remarkable sequence that Lou has ever shot, but all of the hard-boiled fireworks in the world can’t diminish the feeling that he can’t identify his muse on a canvas this big.

But “Saturday Fiction” has one undeniable ace up its sleeve, and her name is Gong Li. Fifty-three years old and still every bit as beguiling as she was in Zhang Yimou classics like “To Live” and “Raise the Red Lantern,” the legendary Chinese actress harnesses her timeless screen power to inhabit the role of Jean Yu, a famous movie star who makes a splashy return to the “Isolated Island” of Shanghai on December 1, 1941. She’s ostensibly there to be in a show directed by old flame Tan Na (Mark Chao), but her true intentions are wrapped in the kind of intrigue that would make Rick Blaine go red in the face.

Is she really in Shanghai to rekindle the embers of that love, or has she come to liberate her ex-husband from the clutches of a Japanese prison? It seems like she’s been conscripted by the Allied spy ring that runs the hotel where she’s staying (the most recognizable member of whom is Tom Wlaschiha, ironically, the Faceless Man from “Game of Thrones”), but some of her actions suggest that she’s using this smoke screen of conflicting allegiances as a pretext to escape.

Of course, none of these reasons are mutually exclusive, and it’s not like Lou would ever let viewers pick between them if they were. From the destabilizing first scene to its open-ended finale, “Saturday Fiction” is like a long hall of mirrors in which it’s easier to discern what you’re looking at than it is to determine where it’s really hiding. The movie begins with Jean on stage with her ex-lover during a play rehearsal in which the director is also acting as the show’s leading man. Then, through some Michel Gondry-esque sleight-of-hand that Lou accomplishes with a simple cut, the handheld camera repositions itself to find that the stage has been replaced with a wall, and the play — called “Saturday Fiction” — has been transposed into reality. Clever without being too self-insistent, this device rears its head a number of times throughout the movie, as the porous border between truth and fiction paves the way for a story in which everyone feels abandoned, no one can be trusted, and Jean becomes a conduit for a half-dozen competing agendas in a literal theatre of war.

Gong slips between masks as easily as she does languages, vacillating between each of the various factions in a thick cloud of cigarette smoke (“She remains always an artist,” someone says of Jean, who can’t even shoot a gun without affecting a particular stance). The distraction is so effective that we lose sight of Jean too, and of the fact that we should be looking at her that closely in the first place. The film’s hectic, exasperating first hour sells the idea that Jean is different things to different people, whereas the action-driven second half pivots towards the idea that Jean is no one even to herself.

As the days flip by and the calendar ominously inches forward to December 7, “Saturday Fiction” is sustained by the question of what this story might have to do with Hawaii. The propulsive finale isn’t just an achievement of hard-boiled gunplay — the sequence so evocatively rendered by Zeng Jian’s handheld camerawork that certain parts of it feel as if they could have been lifted directly out of a 1940s gangster film — it also returns to the overarching idea that fact and fiction, theater and reality, have a way of blurring into one.

For Jean, Tan, and the rest, all this bloody spycraft is the sum total of their experience; the rain is falling too hard for them to see how their actions might shape the future of the entire world. It’s not always clear what these characters want, but they want it so badly they’re willing to find it wherever they look. One memorable scene even has a Japanese agent confessing some crucial information to Jean because she resembles his dead wife (and he’s drugged out of his mind).

But “Saturday Fiction” can also be as elusive and unsatisfying for us as it is for its various characters. At some point along the way, Jean becomes less of a mystery than she does a symbol of her own hollowness, and it’s impossible for this emotionally diffuse spy thriller to interpret any of the coded signals it picks up along the way. It’s only a matter of time before Jean is inextricably suffused with the image that she’s meant to represent, and after that happens it becomes all too easy to let go of them both.