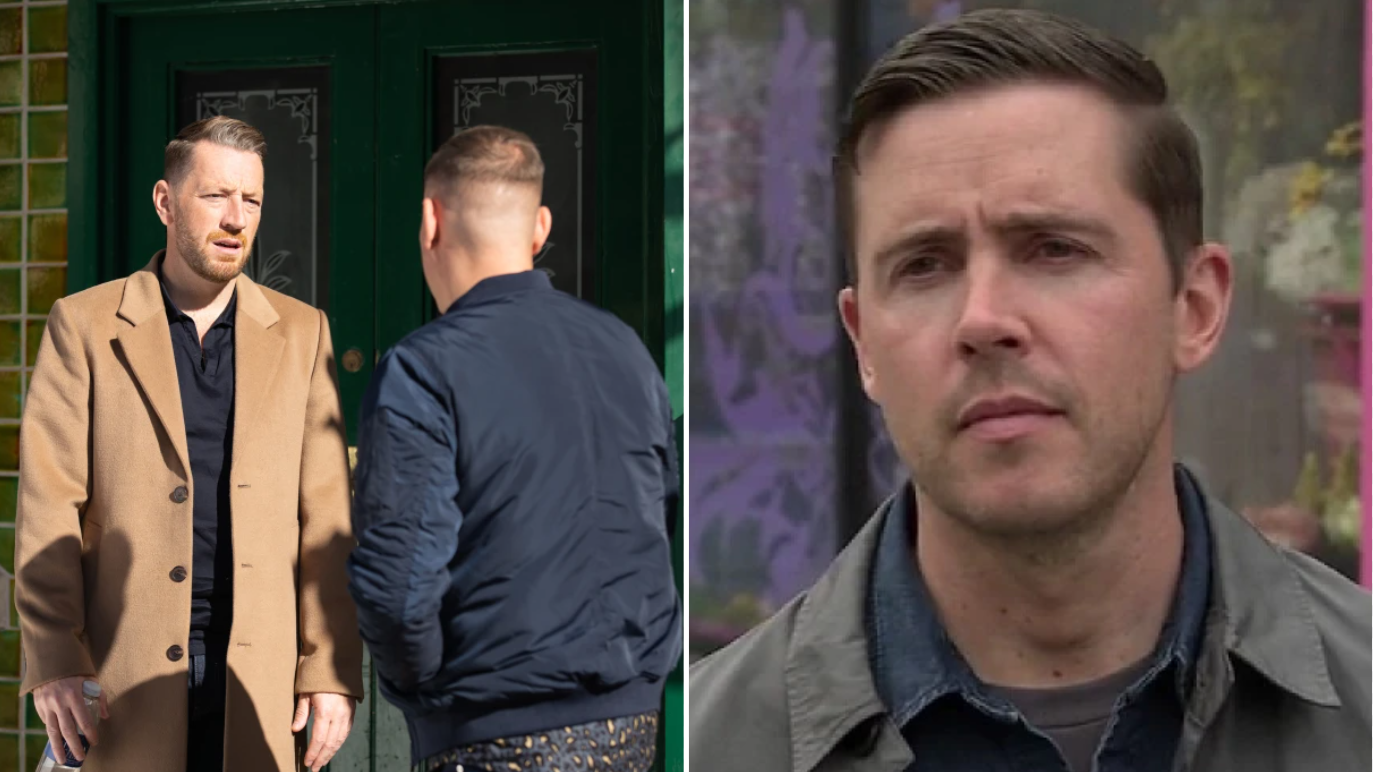 Poor Sean (Antony Cotton) has not been happy since he and Laurence (Robert Shaw Cameron) split up on Coronation Street.

When Todd (Gareth Pierce) discovered that Laurence was apparently married to a mystery woman, Sean tried to look for the photo Todd had seen on Laurence’s phone but ended up being caught by Laurence, who walked out.

Since then, Dylan (Liam McCheyne) tells Todd in upcoming episodes, moping Sean has been getting on his nerves by lavishing all of his attention on Dylan in an effort to make up for missing Laurence. As a result of this conversation, Todd tells Sean it’s not too late and he shouldn’t give up on his relationship.

Sean responds to this by leaving a stinking message on Laurence’s phone, which is hardly the way to win him back. Laurence turns up at the Rovers drunk and finds Todd. He tells him that he really likes Sean.

Todd helps the worse-for-wear Laurence to a cab, but just at that moment Eileen (Sue Cleaver) walks past and spots her son and Laurence apparently in a clinch.

Is it all completely innocent, or has Todd taken advantage of Laurence’s drunken state to make a move on him?

And will Eileen report what she saw to Sean?