With so many entertainment options, it's easy to miss brilliant streaming shows, movies and documentaries. Here are the ones to hit play on, or skip.

A few episodes into this dark, expensive superhero satire there's a death scene so gratuitously rank and repulsive that for a moment it's hard to credit that you're actually seeing what you're actually seeing. If there's a reason for that scene to exist, it's perhaps to show that Amazon Prime Video was determined not to get squeamish in adapting the cult comic-book series by Garth Ennis and Darick Robertson. 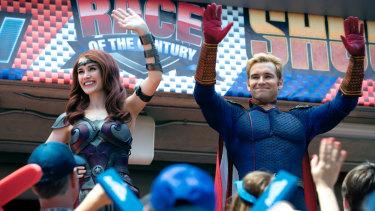 For all its intelligence and dry humour, The Boys, starring Dominique McElligott and Antony Starr, is confronting viewing right from the start.

In any case, squeamish viewers will probably have dropped off before then because The Boys, for all its intelligence and dry humour, is confronting viewing right from the start.

The story concerns a veritable pantheon of superheroes that a multibillion-dollar corporation promotes like professional-wrestling stars and leases out to crime-plagued American cities at extortionate rates. But while heroes like The Homelander (Antony Starr), with his chiselled good looks and star-spangled cape, might look as wholesome as apple pie, most of them quickly reveal themselves to be corrupt, ruthless and even downright evil. 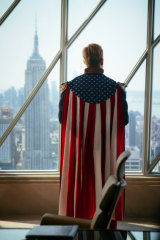 This is bad news for wide-eyed Midwestern ingenue Starlight (Erin Moriarty), who started out fighting crime using a second-hand police scanner, and who is about to become a member of the hyper-famous A-team known as The Seven. Her introduction to the workplace involves sickening sexual harassment and coercion, and she's left with no-one she can turn to. Certainly not the ruthless corporate executive in charge (Elisabeth Shue).

But the bad guys aren't going to have things all their own way. When nebbishy electronics-store worker Hughie (Jack Quaid) sees his girlfriend accidentally – but graphically – killed by a superhero, he wants justice. The way to some semblance of that might be a shady character named Billy (Karl Urban, putting on a British accent that climbs out of his mouth and starts gnawing the scenery itself), who has an anti-superhero agenda of his own.

Ennis has a keen eye for the monstrous aspects of modern society, and the team that developed The Boys for television – Eric Krype, Evan Goldberg and Seth Rogen – seem to share it. It's a real pity, though, that having established themselves as being concerned about the sexual abuse of women, their show promptly goes and plays the rape of a male character for laughs. It's a double standard that sits poorly, but there are also plenty of genuine laughs to be had amid the general drama, horror, violence, gore and pathos.

This fun and worthwhile documentary doesn't set out to chronicle the epic craziness involved in the meteoric rise and rapid implosion of Atari, the world's first giant video-game company. What it does do is explode the big myth surrounding Atari's failure: the notion that it was the poorly received 1982 movie tie-in game E.T. The Extra-Terrestrial that killed the both the company and, for several years, the entire home video-game industry.

Director Zak Penn uses the excavation of a New Mexico rubbish dump long rumoured to be the secret burial place of thousands of unsold copies of the game as a way to dig up the real story. The man hardest done by was Howard Scott Warshaw, then a brilliant young computer engineer who had created some of Atari's most acclaimed games. Given just five weeks to build the game from scratch and have the cartridges manufactured and in the shops, he created by by all accounts an impressive game spoiled by a bug that would have been fixed on any sane schedule. Seeing Warshaw explain the profound effect the episode had on his life is unexpectedly affecting. 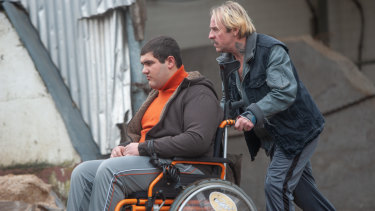 Full of neat touches: How To Sell Drugs Online (Fast) on Netflix.

At first Moritz's terminally ill pal, Lenny (Danilo Kamber), is appalled by the plan, but – having decided that he wants to have some fun before he dies – he throws himself into helping Moritz and a slow-witted local thug (Bjarne Madel) make things happen. It's quick to engage and full of neat little touches.

Kids can get their chills and adults some wistful smiles as this well-made little series delivers its PG-grade spookiness. Each episode has a babysitter (Wizards of Waverly Place's Jennifer Stone) reading a scary bedtime story to her young charges, and the tales come to vivid life through the work of some preternaturally talented child actors. 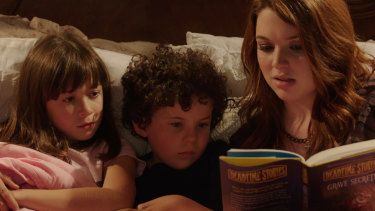 The first episode has a bunch of kids afraid of the old woman next door (the marvellous Diane Ladd) and getting drawn into the tale of a young girl who died 60 years earlier.

A British psychological thriller series full of sex, drugs and doof-doof, courtesy of Jess Brittain, who wrote several episodes of Skins back in the day.

When lifelong besties Georgia and Holly (Aisling Franciosi and Synnove Karlsen) start uni together it looks like being the most exciting chapter of their short lives. But Rachel quickly falls under the spell of a charismatic economics professor (Louise Brealey) who has cultivated a culty clique of glamorous students vying for one of her coveted business internships. Death is along for the ride.

Five seasons in, this wonderfully funny riches-to-rags tale is finally getting some of the buzz and recognition it deserves, with both Eugene Levy and Catherine O'Hara up for Emmys this year. Levy and O'Hara play Johnny and Moira Rose, who once rolled in Canadian cash but then lost everything and had to move to the tiny town of Schitt's Creek. It has been a steep learning curve for them and their flaky, entitled kids (Dan Levy and Annie Murphy), but the fiendishly well-written comedy has a gentle sweetness to it.

*Stan is owned by this masthead.