Sex shock as Jean cheats on Harvey with Rocky in EastEnders? 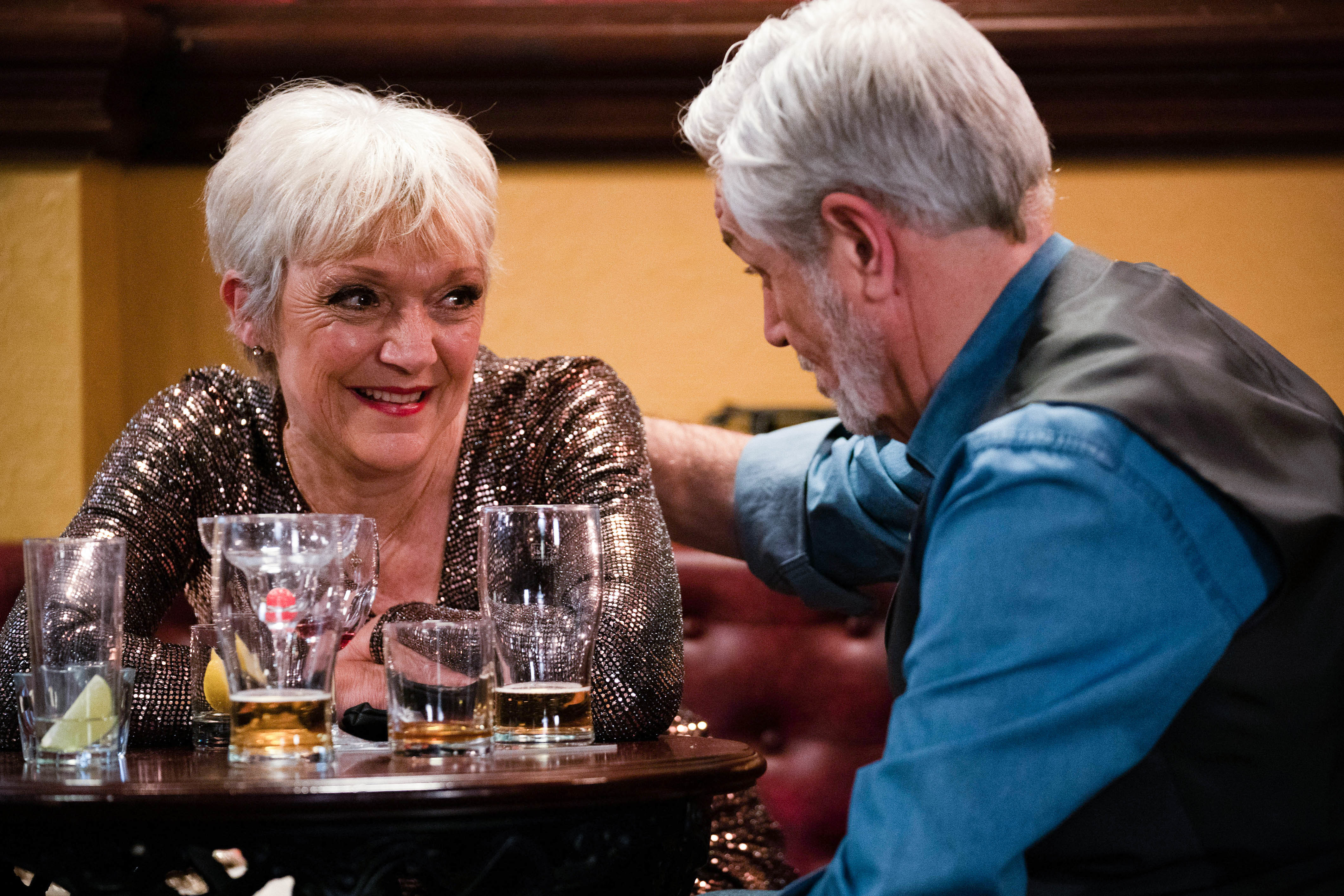 Jean Slater (Gillian Wright) sets her sights on Tom ‘Rocky’ Cotton (Brian Conley) in EastEnders next week, after she mistakes his friendliness for flirtation.

The popular character is thought to be experiencing a manic episode, with daughter Stacey (Lacey Turner) desperate for her to seek help.

Jean, however, refuses to believe her daughter’s claims, and subsequently cut her out of her life, telling Harvey Monroe (Ross Boatman) that she’s ‘dead’ to her.

She subsequently moved in with Harvey in a bid to get away from Stacey’s concern, and next week, she sets her sights on a match-making activity, as she plans to reunite flatmate Rocky with his former flame Kathy Beale (Gillian Taylforth).

Kathy, as viewers know, dumped Rocky over the festive season, after the truth about him conning Sonia Fowler (Natalie Cassidy) was exposed.

Rocky has desperately tried to make amends to no avail, and thus Jean decides to take matters into her own hands, despite Harvey warning her to stay out of it.

Afterwards, she suggests that Rocky drive her to Tina Carter’s (Luisa Bradshaw-White) funeral. Kathy rushes to see Rocky at the car lot, hoping for a lift, but before they can sort things out, Jean locks them inside!

Jean, outside, is satisfied with what she’s done, and for a time, Kathy and Rocky get along.

Harvey, meanwhile, gets wind of what Jean has done and races to the car lot to free the duo. Rocky subsequently jokes about Jean’s actions with Kathy, but Kathy takes offence, thinking that he set the whole thing up!

Jean ultimately tells Kathy the truth on Harvey’s request, but her attitude about the whole thing angers Kathy. Afterwards, she tells Rocky what she did.

Rocky proves forgiving, but Jean mistakes his friendliness for flirtation, and subsequently she follows him into the toilets!

Is passion on the cards? Will Jean cheat on Harvey with Rocky? How will Rocky react to Jean’s actions?