In Episode 2, Disney and Marvel’s “She-Hulk” starts to reveal the show it really wants to be.

With the premiere’s super-powered exposition out of the way, Jen/She-Hulk (Tatiana Maslany) invites viewers into her life as an attorney-at-law, but that life is quickly upended by her fight against Titania (Jameela Jamil) in court. Jen’s bosses claim she’s a liability — that they can’t risk further attacks or the influence of She-Hulk’s presence on a jury — and they fire her.

A quick montage shows the popularity of this sentiment; not only did she lose her gig as assistant district attorney, but she’s now facing a string of rejections from other jobs at firms that feel uncomfortable employing She-Hulk, even in her human form. Once again, the series clearly juxtaposes Jen’s experience as a superhero and a Hulk with that of her male counterparts. Most superheroes are either employed by the government or acting incognito, and Jen can neither get a job nor take back her public debut as She-Hulk.

The episode includes but doesn’t yet expand on compelling questions about the day-to-day of being a superhero. “Are the Avengers paid?” Jen wonders. “Do they get benefits, protection?” When she’s offered a job from a former competitor that requires her to be She-Hulk during work hours, she questions the ethics behind both her hiring and the requisite appearance. She can’t escape the gawking on her first day, a familiar predicament for any minority in a predominantly cis, white, and male workplace. 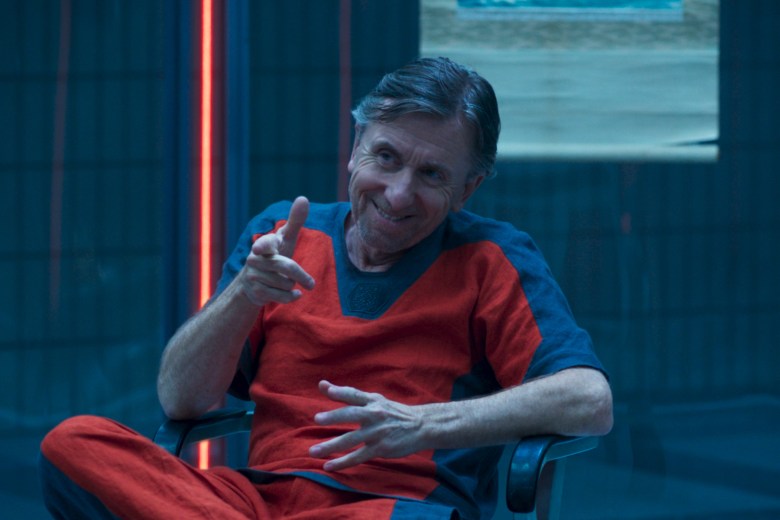 From the start of the episode, Jen makes it clear she doesn’t want to be a superhero. “I did not go to law school and rack up six figures in student loans to become a vigilante,” she tells Nikki (Ginger Gonzaga). “That is for billionaires and narcissists — and adult orphans, for some reason.”

But what Jen doesn’t get a choice about is being superhuman. In Episode 1, this manifested as Hulking out in court to save the jury from Titania. When it comes to the new job, Jen can uniquely relate to her clients in a way that most lawyers simply cannot. Emil Blonsky (Tim Roth) would rather have a former opponent’s family member defending him than someone who doesn’t understand what it means to contain physical multitudes.

As Jen’s first client, Blonsky makes a strong case for himself (and for rewatching “The Incredible Hulk”). Roth channels Ben Kingsley’s Trevor, initially presented in “Iron Man 3” as a villain and then deployed as subversive comic relief. But Blonsky was still a soldier; he took the super-soldier serum on direct orders from the U.S. government, and his legal defense is that this is what ultimately created Abomination and led Blonsky’s alter ego — not Blonsky himself — to go on a violent rampage. After all, he points out, Bruce Banner (Mark Ruffalo) is a celebrated hero even though his own alter ego has had more than a few violent outbursts. What makes them so different?

After an obligatory phone call to Bruce (who’s in space), Jen takes the case. Superhuman law can be complex and compelling! She’s just starting to make peace with her new vocation when news breaks that Abomination was seen fighting illegally in Macau (in “Shang-Chi and the Legend of the Ten Rings“) — a complication, to say the least. What does this mean for Blonsky’s rehabilitation? He claims to be in control of when and how he transforms, which means he knowingly participated in the fighting ring. The case hinges upon Blonsky’s own agency (or lackthereof), and this a big blow to his and Jen’s chances.