Strictly Come Dancing is entering its closing stages as there are just two more weekends left before one of the six remaining couples will be crowned the winners and get to lift the coveted Glitterball Trophy. One couple who have been solid from the start is Janette Manrara and HRVY who impressed once again last night. However, some fans of the BBC dance extravaganza were left confused after Shirley Ballas wrongly pointed out Saturday was long-term professional Janette’s first quarter-final – a feat she achieved back in 2014 with EastEnders star Jake Wood.

Last night saw the competition hot-up even further as the couples put on their dancing shoes for Musicals Week.

Dancing to the song One (Singular Sensation) from the musical A Chorus Line, the pair found themselves at the top of the leaderboard once more.

The judges flooded the pair with praise, with Shirley commenting: “You definitely brought theatre to this ballroom.” 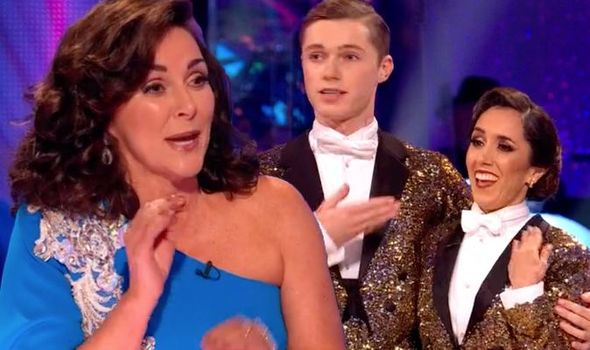 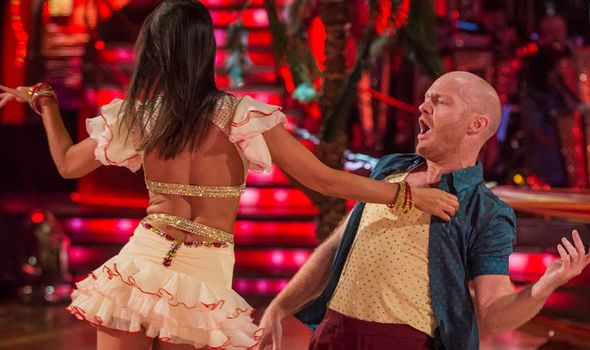 However, she went on to note: “But can we take a moment as I think it’s Janette’s first time in the quarter-final,

“And let me tell you lady that was beautifully choreographed from start to finish.”

Janette seemingly agreed with Shirley’s comment about the quarter-finals, as she looked thrilled and mouthed: “Yes”

But some of those watching at home couldn’t help but pick-up on an error in the Head Judge’s observation. 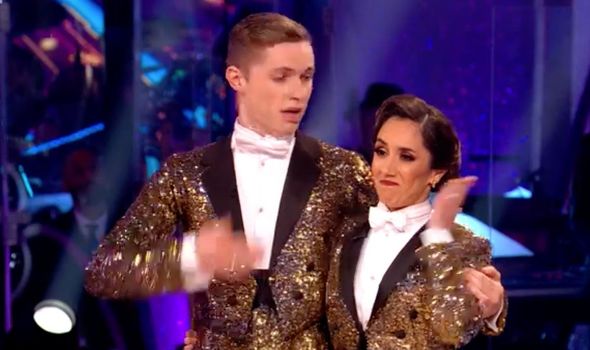 Long-term fans of the show know Janette has actually already made it to the quarter-final back in 2014 with Jake Wood.

In fact, the couple made it one step further and reached the semi-final after continuing to impress the judging panel and those at home.

The pair narrowly missed out on a place in the final after a series full of memorable routines.

And fans weren’t happy after noticing Shirley’s blunder last night as Janette also appeared to forget she’d made it to the same stage of the competition before.

Taking to Twitter, one fan shared: “Everyone forgetting that Janette and Jake Wood were in the semi-finals in 2014  #Strictly.”

“Why are they saying it’s Janette Manrara’s first quarter-final? Didn’t she get to the semis with Jake Wood? #Strictly #StrictlyComeDancing

A third echoed: “Thought that Janette got to the quarter-finals when she was with Jake Wood? Has she completely forgotten about that?! #Strictly.”

“#Strictly ‘It’s Janette’s first time in the quarters.’ Uhh, I think Jake Wood might argue that one,” remarked another viewer.

A fifth said: “Are we just forgetting that Jake Wood got to the semi-final with Janette? #Strictly.”

Last night, Janette and HRVY went on to score 29 points and came joint-top of the leaderboard with EastEnders star Maisie Smith.

Although it’s Bill Bailey who remains the favourite to win the series at evens odds, HRVY’s just behind at 9/4 according to bookmakers Coral.

“It was a really good night for HRVY whose odds have been trimmed to win the Glitterball Trophy. Bill Bailey was not quite as solid as he usually is, however, he remains the favourite to win the series” added Hill.

Strictly Come Dancing: The Results airs tonight at 7:15pm on BBC One.