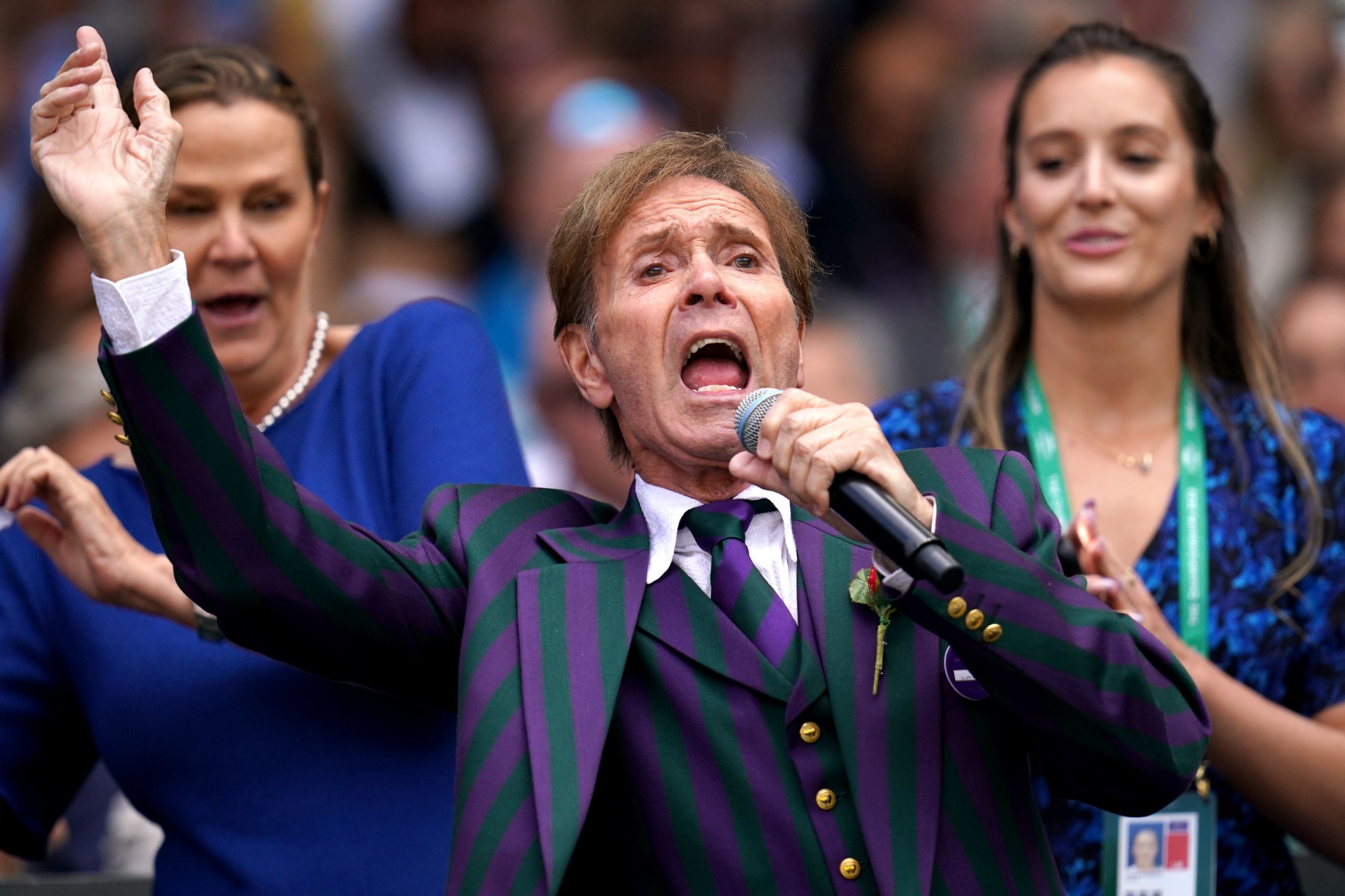 Sir Cliff Richard was on-hand to help mark Wimbledon’s 100 years of Centre Court celebration on Sunday, but not all those tuning in were enjoying the singalong.

Today marked day seven of this year’s Wimbledon tennis championships, with plenty of twists and turns across the courts.

Cameron Norrie became the last Brit standing in the singles tournament this afternoon, which came just hours after a milestone was marked on Centre Court.

The Centenary Celebration was led by names such as Sue Barker, John McEnroe and Roger Federer, with some other famous faces also in attendance.

One of those included Sir Cliff, 81, who treated fans to a surprise rendition of his track Summer Holiday from the stands – but some fans were not left impressed.

A viewer shared on Twitter this afternoon: ‘Always wanted go to Wimbledon but genuinely terrified it would be when Cliff Richard was doing acapella again. Not worth the risk.’

‘#Wimbledon2022 This 100yr celebration is a bit of a cringe-fest. Especially Cliff Richard,’ someone else echoed.

‘That Cliff Richard sing-along was a bit cringe. #Wimbledon,’ another added.

The former tennis pro and A Question of Sport presenter previously announced that this will be her final year presenting.

Sue, 66, was visibly emotional as thousands of fans got to their feet, cheering and clapping for her.

‘Thank you so much but this is about the tournament and all I can say is from now on, John McEnroe is going to be commentating on Court 17 after that going off-script!’ Sue joked.

‘But thank you, that means the world to me, it really does.’

Wimbledon continues to air across the BBC and BBC iPlayer.