Vanity Fair’s royal editor Katie Nicholl quickly stopped her cat from blocking the camera as she was interviewed by Sky News on Harry and Meghan’s sit-down with Oprah. The Burmese cat was seen smoothly kicking open the door to the office before jumping on the desk and blocking the lens. Katie Nicholls wasted no time grabbing the cat and dashing him on the floor with host Niall Paterson joked he was most likely wondering why his breakfast was late.

Ms Nicholl was asked her opinions on Meghan and Harry who made the distinction between the royal “institution” and the “Royal Family” when making their claims.

He asked whether the claims were thinly veiled attacks on the Queen since she is the head of the institution.

The editor agreed it was right to make the distinction but said that the “buck stops with the Queen”.

But during her answer, viewers watched her cat open the door with his feet and then jumping onto her desk.

Mr Paterson tried to style the mishap out and quipped that he loves seeing pets on the programme. 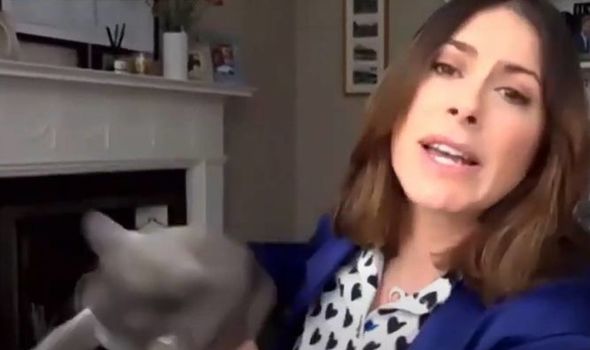 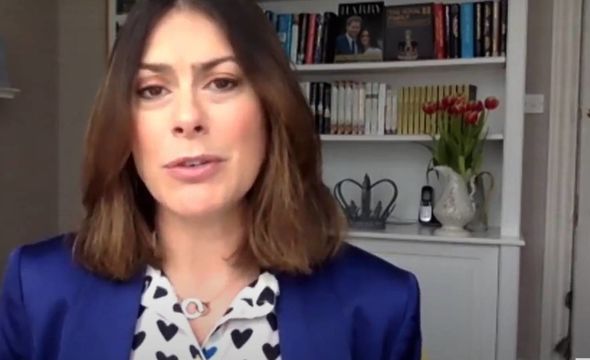 In full, Ms Nicholl was asked by Mr Paterson: “There did appear in the interview to be a very conscious effort on the part of both Harry and Meghan to distinguish between, on the one hand, the institution of the royal household, the Royal Family.

“And on the other that the individuals within, I just wonder how fair, a kind of dichotomy, you think (is fair)?

“All the warm towards the queen, coming from Meghan, but the Queen she runs the whole institution, any criticisms of the institution are surely implicitly a criticism of her?”

Ms Nicholl replied: “Of course, you’re absolutely right, you criticise the men in grey or the palace men in grey, I’ll tell you most of them are professional women that were working for Meghan.

Meghan and Harry’s absence felt from Commonwealth broadcast [Insight]
‘The nation stands up for the Queen!’ Meghan and Harry sent warning [Spotlight]
Meghan Markle ‘should have learned’ from Wallis Simpson’s interview [Reveal] 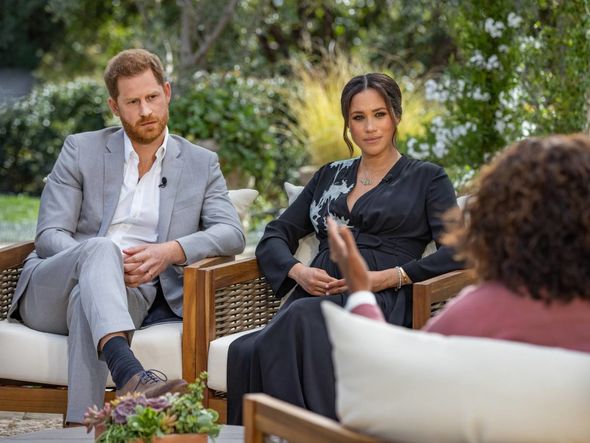 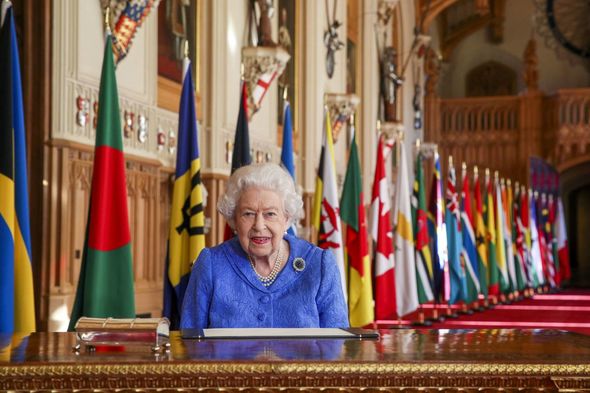 “So, yeah,the buck stops with the queen.

But Ms Nicholl’s attempt to keep the cat away from the interview was in vain as the curious moggy continued to move into the shot.

She concluded by saying the Royal Family needs to make a response before Mr Paterson bid her and her cat farewell.