'Small Axe': Behind the Music Everyone Grooved On in Steve McQueen's Maximum Opus 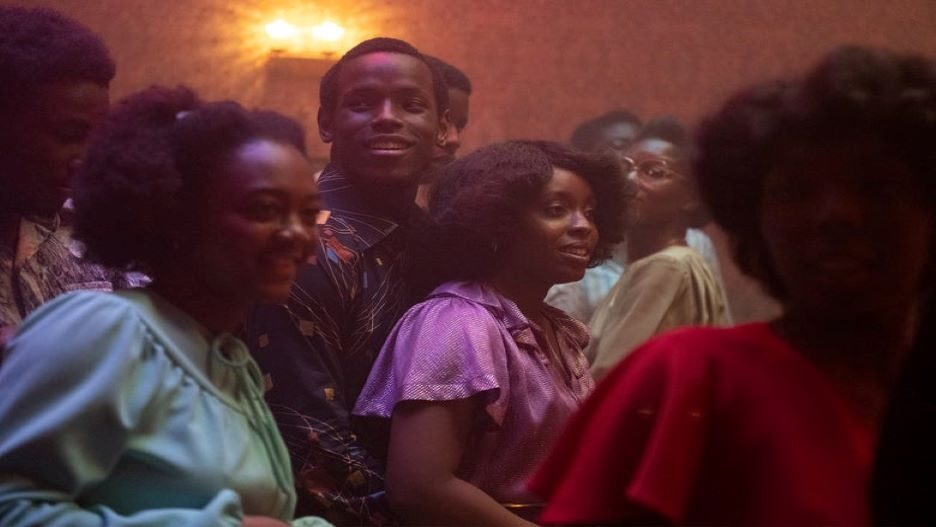 It is often hard enough to conjure the right mood for one installment of an anthology series, but what if your task is five times that? Music supervisor Ed Bailie was tasked by Academy Award-nominated director Steve McQueen to do just that for “Small Axe,” a quintet of period-specific films about Black life in England ranging from the 1960s to the 1980s, touching on social topics from police brutality to the failings of the education system to a raging house party’s effect on young lives. “We used about 80 or 90 songs in the course of ‘Small Axe,’” says Bailie, “and each film had different music illustrated in the scripts, so every part carved their own identities throughout”.

For “Mangrove,” the lengthiest and arguably most-charged entry that opens “Axe,” Bailie took his cue from the Trinidadian-settled Notting Hill of the late 1960s — far removed from the gentrified neighborhood seen years later where Hugh Grant and Julia Roberts can happily snog — and from the true-life tale of a restauranteur (Shaun Parkes) repeatedly harassed by local police who ended up as part of the Mangrove 9, a group of protestors forced to defend themselves against an antiquated and racially biased justice system in a tension-filled trial. Says Bailie: “There was a lot of ambiance around the restaurant venue towards reggae roots, so we have some steel bands on camera, that kind of thing. We use Bob Marley, a few uses of Toots and the Maytals, basically what you might hear on the soundtrack of the restaurant, which became a hotspot after [the trial] once the Rolling Stones and models and artists found it.” 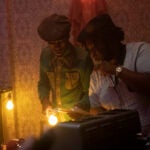 “Lovers Rock,” the second segment, is not only the mood of the piece but literally also the namesake of the reggae subculture depicted in the feverish house party that serves as the backdrop. “It’s a very honest depiction of DJs, and how they’re bringing everyone to the dance floor for unifying. And then as the evening goes on, that’s when we get more into the stomping, bass-driven, hypnotic dub tracks, which really become the pinnacle of the evening”, says Bailie, noting the peak of Lovers Rock as seen in the instantly legendary use of Janet Kay’s 1979 tune “Silly Games”, which takes on a nearly-religious sense of ownership when the DJ drops the sound to reveal a roomful of slow-dancers chanting the tune in a cappella glory. “We actually have Dennis Bovell, who is the songwriter of “Silly Games”, in the scene…at one point, you can hear a really deep, bellowing bass voice. So that’s a bit of an Easter egg there”.

“Red, White and Blue,” [the third entry] is definitely comprised of more soul tracks”, says Bailie, referring to the John Boyega-starring story of Leroy Logan, a London Metropolitan Police candidate in the early 1980s hellbent on changing the broken system from within. “It’s very much pinned towards an honest adaptation of Leroy’s life and his musical choices and there are a lot of hooks there, from his connection to fellow officers to his father to the kid at the youth club, which shows the power of how music played in Leroy’s life”, noting Logan’s real-life connection to U.K. singer Leee John (of the U.K. band Imagination) depicted in the film, as well as the prevalence of artists such as Al Green and Marvin Gaye. 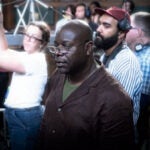 The final pieces of Small Axe are also the shortest, clocking in at just over 60 minutes, but that did not mean less music in one case. “‘Alex Wheatle‘ has about 29 tracks in it, and what was nice is we were able to use lesser-known tracks along with artists like Bob Marley and the Wailers and Eek-A-Mouse”, says Bailie, noting the tumultuous era surrounding the tale of a youth (Sheyi Cole) jailed after the 1981 Brixton riot in London who went on to become an acclaimed novelist. “Marley died in 1981 and that was a huge moment in Black and British culture. We had the [arson-based] New Cross fire happen and there was a lot of governmental ignorance of these of this huge moment that led to the uprising in Brixton.”

Conversely, the final segment entitled “Education,” centering on 12-year-old Kingsley (Kenyah Sandy), a wistful kid forced brusquely into a “special needs” school system, only has a handful of songs in it (Small Faces’ “Lazy Sunday” and a selection by Bach being notable additions). “The music often plays quite a dreamlike quality in his moments of escapism. We hear it when Kingsley’s at the planetarium and later when he is watching an old British cartoon”, says Bailie, noting that “Education’s” biggest tune is utilized in a manner mean to be the opposite of an earworm. “The scene of the teacher performing [The Animals’ “House of the Rising Sun”] is Steve doing one of the things that I love that he does, which is lingering, and letting something outstay its welcome so that it can really make you uncomfortable. It just keeps going,” Bailie says with a laugh.