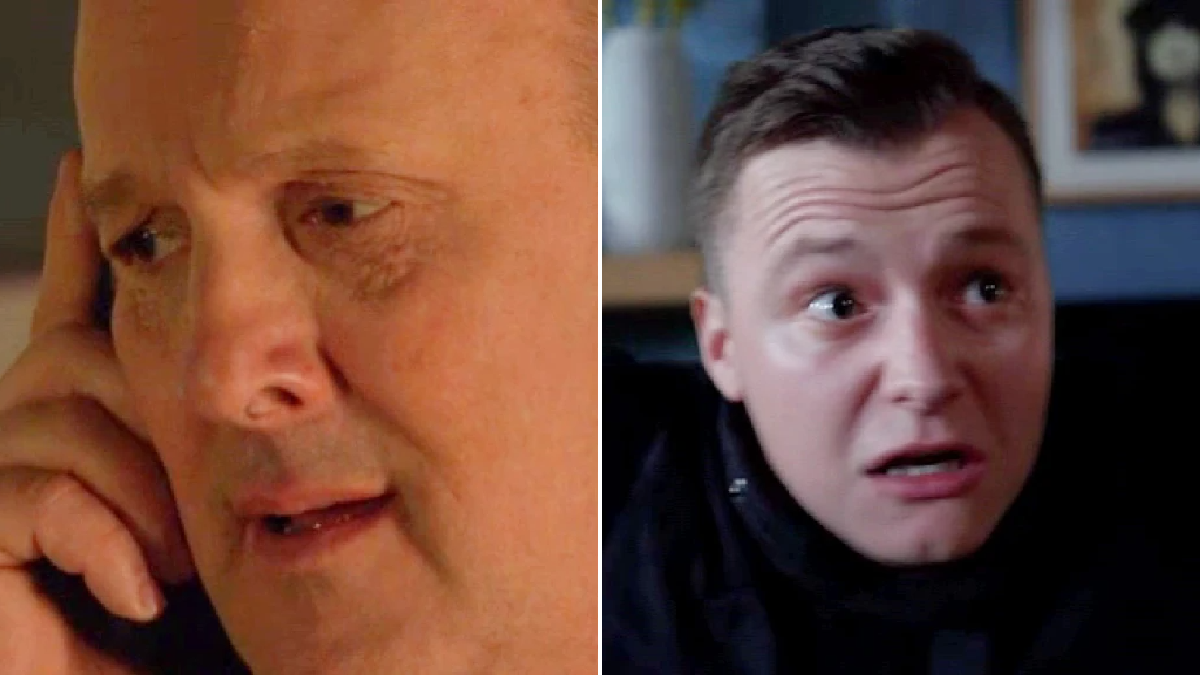 Aaron Monroe (Charlie Wernham) returned to EastEnders tonight after being arrested for his involvement in the Far-Right gang.

Harvey (Ross Boatman) called the police on his son following the discovery his gang was responsible for planting a bomb in the Argee Bhajee.

Since Aaron’s exit, Harvey and Dana (Barbara Smith) have tried to move on with their lives.

An excited Jean told Harvey she had booked them a hotel break but with the witness statement hanging over him, Harvey told his new partner he’d like to slow things down a little.

At home, Harvey received a call from the prison.

Harvey told Aaron that he’s really missed at home and wants to know he will support him as best he can.

With that in mind, Aaron told Harvey not to sign the witness statement.

Harvey was concerned, wondering if someone in prison was causing his son’s fear to increase.

When the line cut off, Harvey was left wondering if Aaron was in serious danger.

Judging by the bruises on his face, Aaron has been involved in a few fights since his arrest – but how much trouble is he in?

If Harvey doesn’t sign the statement, what will that mean for Aaron and his future?

Has Aaron tricked his dad into thinking his life will be put in jeopardy if he remains behind bars?