Spoilers: Imran hurls abuse at Abi in Coronation Street after he marries Toyah 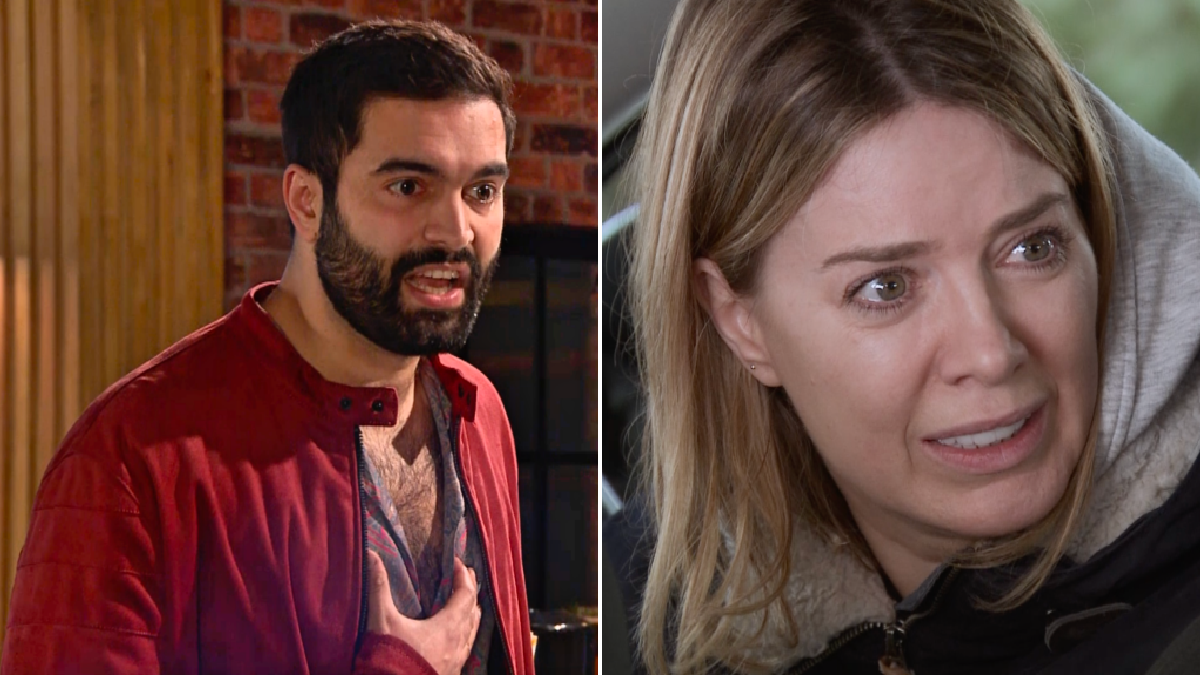 Imran Habeeb (Charlie de Melo) tried to turn his attention away from Abi Webster (Sally Carman) in Coronation Street tonight so he could get married to Toyah Battersby (Georgia Taylor).

With the custody hearing looming, Imran is continuing his plan to find proof Abi is back on drugs.

When Abi discovered Ben’s role in Imran’s plan tonight, she took action by jumping into Steve’s (Simon Gregson) taxi moments before he was about to take Toyah to the wedding venue.

Abi parked up and tried to persuade Toyah to call the wedding off, revealing how awful Imran is behaving – but she didn’t change her mind.

Abi aside, Toyah and Imran’s wedding was a success and later, the happy couple headed home for a drink in the pub.

As Toyah entered the Rovers, Imran and Abi endured another argument outside.

But will Imran get full custody of baby Alfie?

How does he show the court Abi is back on drugs – if she hasn’t relapsed?

And what about Toyah…getting married to a man who’s full of secrets and lies just doesn’t seem like her – does it?