Spoilers: Suki is broken as murdered Jags is laid to rest in EastEnders 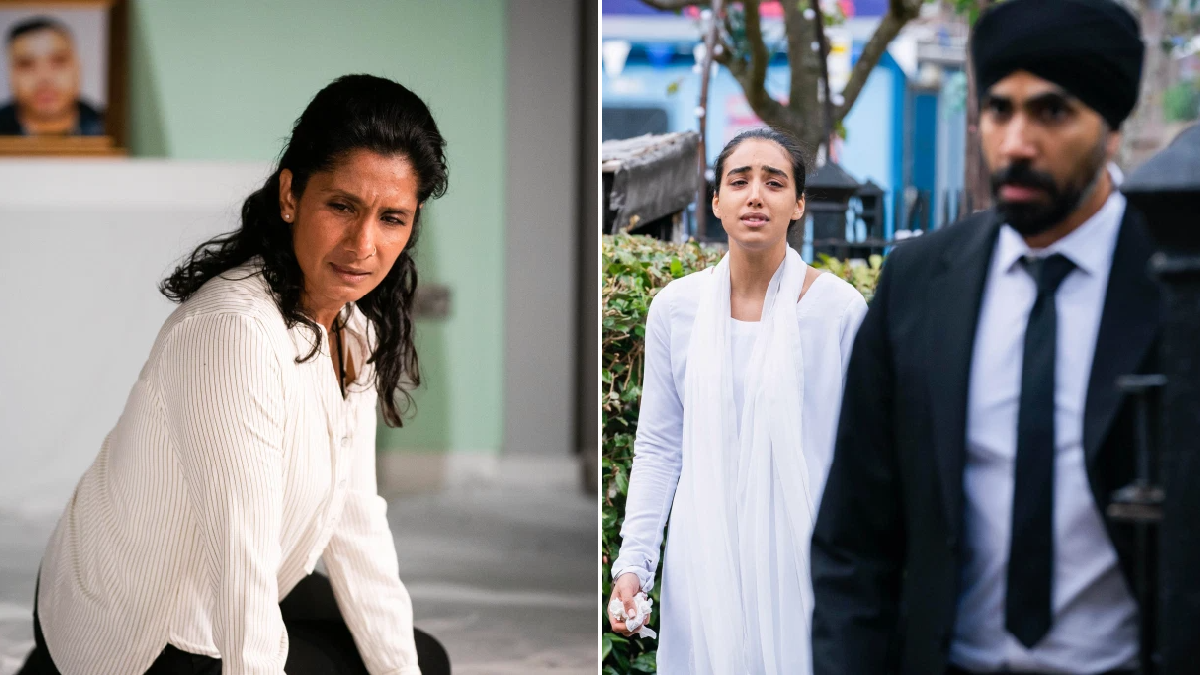 Despite the Panesar’s attempts at saving Jags, it wasn’t enough, and he died while in prison.

As Suki was the one who wrongly had Jags arrested in the first place, the once cold-hearted character has fallen apart as her emotions overwhelm her.

Coming up, Jags’ funeral approaches and despite the Panesar’s attempts at coming together to support each other, nothing works.

Suki enters the Minute Mart and on her way to the stock room, she has a bit of a wobble.

From her observations, Honey (Emma Barton) is sure Suki isn’t eating properly to punish herself for Jags’ death.

It’s the day of Jags’ funeral and as the hearse arrives, the Panesar’s are devastated.

As the funeral continues, grief overcomes Suki and Kheerat (Jaz Deol) walks out.

The Panesar’s need to come together and support each other, but how can they move past Jags’ death if they can’t connect?

They are a broken unit; will the family ever be the same again if head of the family Suki can’t move forward?