'Squid Game': 4 Intense Rules the Cast Had to Follow

Squid Game quickly became a sensation all over the world. The Netflix k-drama captivated fans with its intense storyline following desperate players competing for a huge cash prize. The characters go through a lot throughout the series, but filming the show wasn’t a walk in the park either. The Squid Game cast had to follow intense rules during filming. 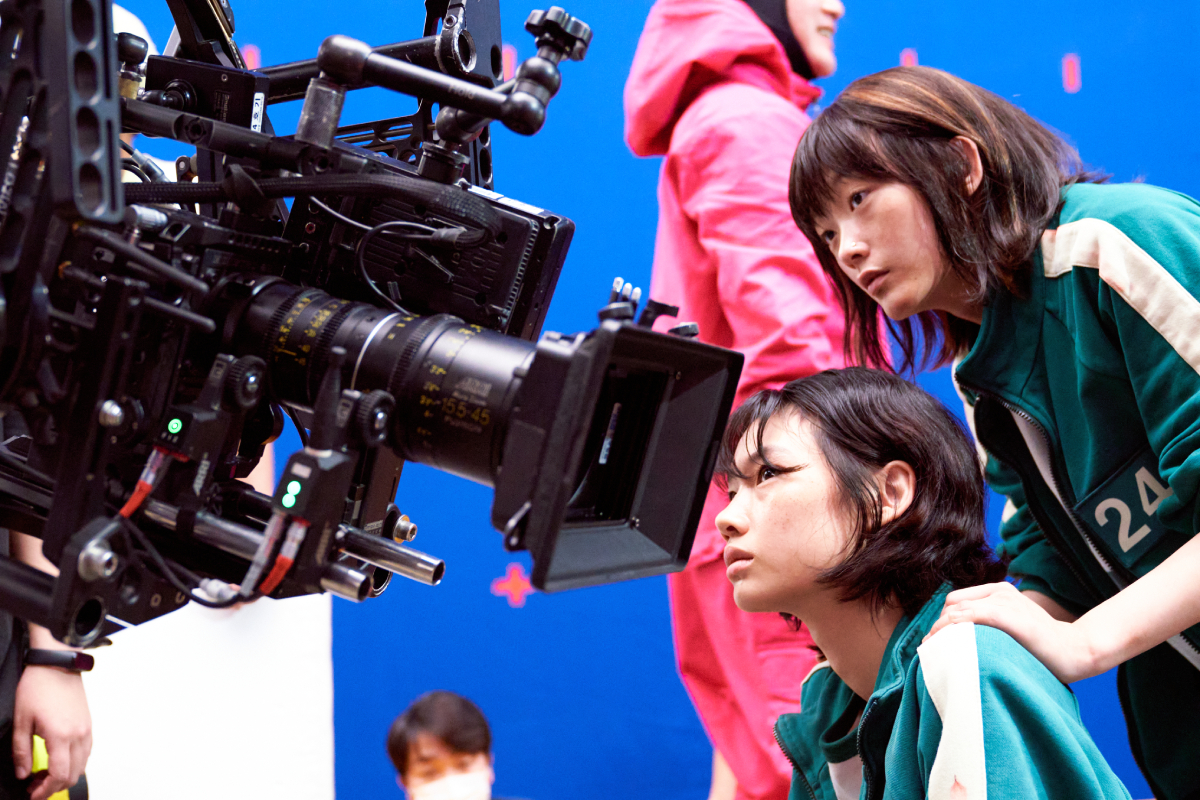 The ‘Squid Game’ cast had to stay in excellent shape

The cast didn’t have stunt doubles to help them film the games, and oftentimes they weren’t faking how hard they were working. Many of the Squid Game cast members named tug-of-war as the toughest scene to shoot when asked in an interview. “Tug-of-war was the hardest,” said Lee Yoo-mi, who played Ji-yeong in the series. “We were really using all our strength to play against a machine, not a group of people.”

“I really gave it my all,” said Heo Sung-tae, who played Deok-su. “I threw up so many times.” The Squid Game cast needed to be in top physical shape. From filming fight scenes, tugging a rope against and machine, and jumping on glass stepping stones, creating the series was extremely physically demanding. Heo even gained nearly 40 lbs for his role as Deok-su, which left the actor exhausted, according to The Things.

Confidentiality was key to avoid spoiling the ending

Squid Game has a lot of surprising twists and turns. It’s no surprise that the production team wanted to avoid spoilers at all costs. The cast wasn’t allowed to do interviews before the series aired unless they were cleared by the production team, The Things reports. Avoiding spoilers isn’t an unusual practice when it comes to releasing a new show or moving. However, the fact that many foreign viewers likely weren’t initially familiar with the actors made the series seem all the more secretive.

The ‘Squid Game’ cast had to understand the children’s games

In the same vein of needing to be physically able to compete in the games, the Squid Game cast also had to understand how to play each game. Squid game, from which the show takes its name was probably a little confusing for foreign audiences. However, even the Korean actors on the show might have been unfamiliar with it before being cast.

“Squid Game, or ojingeo in Korean, is a real kids’ game here, but not all Koreans actually know it,” said Netflix executive Minyoung Kim in an interview. “My generation knows it, but my niece’s generation probably wouldn’t.” Whether the Squid Game cast knew the games or not, they very quickly had to learn.

The scene where Jun-ho infiltrates the VIP lounge is an interesting one. Rich masked men lounge around and are served drinks while they watch the players jump across glass stepping stones. Human figures covered in body paint can be seen in the background and even being used as footrests.

These characters were played by real people who had to stand stock still during filming. According to Film Daily, these extras were paid around around 5,000,000 won ($4,243 USD) each for just three days of filming.