Catherine, 35, is best known for playing Eva Price on Coronation Street, but following her exit from the soap last year, the actress will be swapping the cobbles for the glitz of Strictly Come Dancing.

The soap star was confirmed as the fifth celebrity to be taking part in the BBC dance show when the line-up was announced earlier this month.

Although viewers will get their first glimpse of the 15 famous faces in action during the launch show next month, the all star contestants have been taking to their social media pages to update fans from behind-the-scenes.

However, could a recent post by Catherine on her Instagram page have possibly given the game away about the theme of the first group dance?

Earlier today, Made in Chelsea star and the eleventh celebrity confirmed for the show Jamie Laing, 30, took to Instagram to share a snapshot of the full line-up meeting for the first time.

In view of his 880k Instagram followers, Jamie was joined by a gleaming Catherine alongside the rest of the Strictly 2019 cast, captioning the post: “And so it begins #strictly.”

Catherine also shared the image in view of her 516k followers, captioning the image: “My fabulous new @bbcstrictly family.”

A previous post however, saw the former Coronation Street star post a picture of herself donning a pink leotard with a matching headband and towel wrapped around her neck.

Captioning the image, Catherine wrote: “First day of group rehearsals… too much??”

Could it be Catherine has accidentally revealed the first group dance, which is pivotal to the launch show, will be themed around the eighties era? 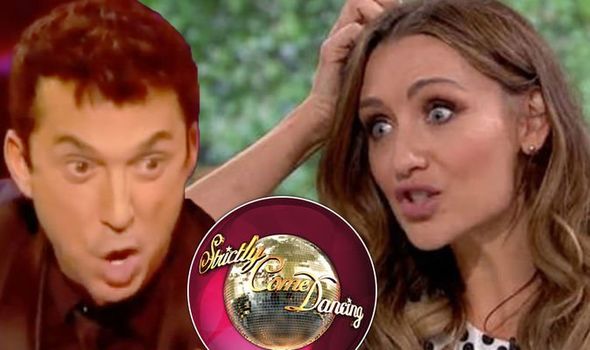 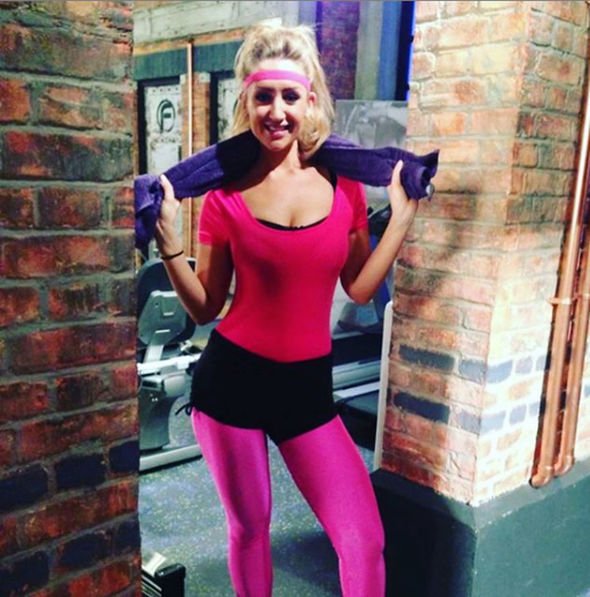 Many of the dances on the show are tailored to a different theme, with Movie week and Halloween being just some of the few.

At the weekend, Catherine spoke about her favourite moment of Strictly’s 15 year history in an Instagram story from the show’s official account.

With her love of themes and dressed in eighties get up gear, could Catherine possibly be teasing what theme the first group dance will be based on?

At present, Catherine is one of the leading stars before the dance competition has got underway. 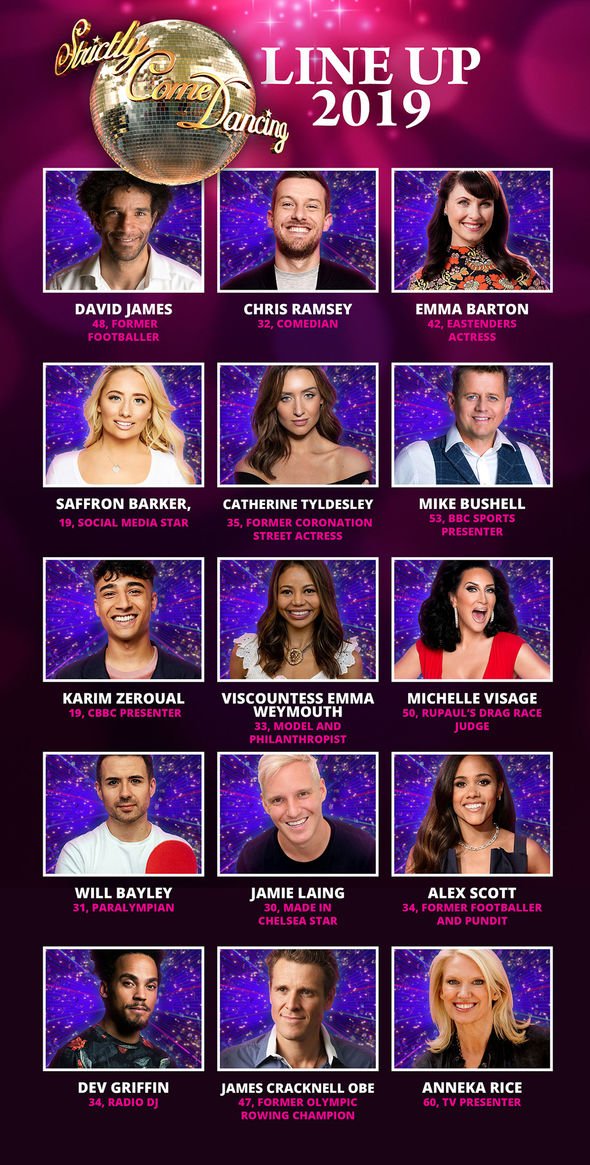 The sportswoman is currently leading the charge at 5-1, but whereas some celebrities’ chances are looking optimistic, Jamie’s could be impacted by an pre-existing medical condition.

Jamie recently revealed he suffers from Plantar fasciitis, a foot condition which causes pain around the bottom of the heel of the foot.

According to reports from The Sun, a source told the publication Jamie’s condition could “affect his ability to dance,” so will the reality TV star be forced to pull out?

Strictly Come Dancing returns next month on BBC One.