Strictly Come Dancing: Who left the competition in movie week? 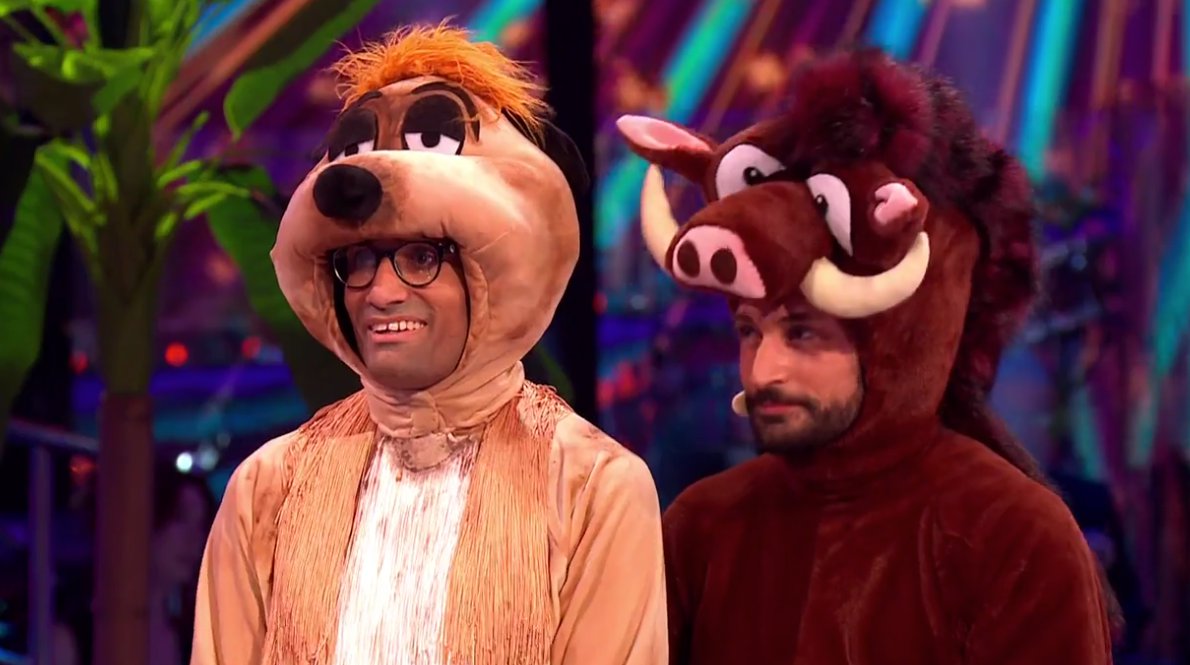 Strictly Come Dancing’s Richie Anderson has become the second celebrity to be eliminated from the 2022 series after finding himself in the bottom two with Fleur East – and viewers are raging about the public vote.

The radio personality and his partner Giovanni Pernice faced off against the Sax hitmaker in the dreaded dance-off and performed his Samba to The Lion King’s Hakuna Matata, while Fleur and Vito Coppola danced their American Smooth to Part Of Your World from The Little Mermaid.

But it wasn’t enough for Craig Revel Horwood, Motsi Mabuse, and Anton Du Beke, who chose to save Fleur, with just head judge Shirley Ballas backing Richie for another chance to remain in the competition.

‘Well with the two couples the public put in the bottom two I would have saved Richie and Giovanni,’ she said.

Delivering his verdict, Anton said: ‘Well I thought that was a well danced dance off. I thought both couples performed well, I thought one couple was a bit more sure footed about their performance and had a slightly better level of artistry about what they were doing, so the couple I would like to save is Fleur and Vito.’

Motsi added: ‘I think it’s heart-breaking actually because I think both of you do not deserve to be here but this is how the public voted and based on this dance off I’m going to save Fleur and Vito.’

Craig also opted to save Fleur and hailed her ‘the most accomplished technician.’

When presenter Tess Daly asked about his time on the show, Richie said: ‘Do you know what as a Strictly fan I always thought it was a magical thing to be a part of, and being here it really is and it’s not just the people that you see on camera, the judges, and you and Claud and the amazing people that I’ve got to meet on this show.

‘The people behind the scenes in hair, makeup, costume, Tasha our runner, Stef, Jas, everybody. I also want to thank this guy [Giovanni] as well, he’s been so amazing, and I feel so lucky that I’ve got to dance with you every day.

‘Not only are you a fantastic dancer but you are also a fantastic guy on top of that. I want to thank all my family and friends and my other half Dean who is in the audience, I love you so much.’

Giovanni added: ‘I have to say it’s been an honour to be able to dance with you because I know how much you love Strictly Come Dancing, you really are a superfan.

‘I’m glad that you got to do this experience and glad that I got to do it with you. It’s been a shame it’s been too short for us but I hope you’ve enjoyed every single second of it, and it stays in your heart forever. Look at us we’ve gone out dressed as Timon and Pumbaa. So lovely jubbly, well done Richie.’

Viewers were left fuming that Richie and Fleur faced off against each other in the dance off and fiercely criticised the result of the public vote on social media.

‘The British public strikes again,’ wrote one. ‘We cannot be trusted to vote for anything.’

Another slammed: ‘I thought my days of being p*ssed off about Strictly Come Dancing were behind me, but they are not. Absolutely shocking result of the public vote. The judges made the right choice under the circumstances, but the circumstances were all wrong.’

A third scathed: ‘Neither two should have been bottom though … the public cannot be trusted to vote in anything!’

Strictly Come Dancing returns on Saturday at 6:30pm on BBC One.