Strictly Come Dancing’s Nina Wadia admitted that she’s ‘gutted’ to be the first celebrity eliminated from this year’s series and that she’s hanging up her dancing shoes for good.

Speaking to Rylan Clark-Neal on Strictly spin-off show It Takes Two on Monday night, Nina said: ‘I had so much more to give and I wanted to spend so much more time with you [referring to Jones], more than my husband.’

For the tango, Nina, 52, said she created a persona called Sasha to get into character but the judges noted that she had made a few mistakes during the performance.

‘I mean I loved it, I actually really enjoyed the tango, I had great fun doing it, so I was really disappointed because it’s technically a very hard dance to do,’ she recalled. ‘But yeah, it is what it is.’

Neil admitted Nina was upset with herself after their routine but added: ‘She worked really hard at it, and at the beginning of the week it was hard, you started falling in love with the dance. 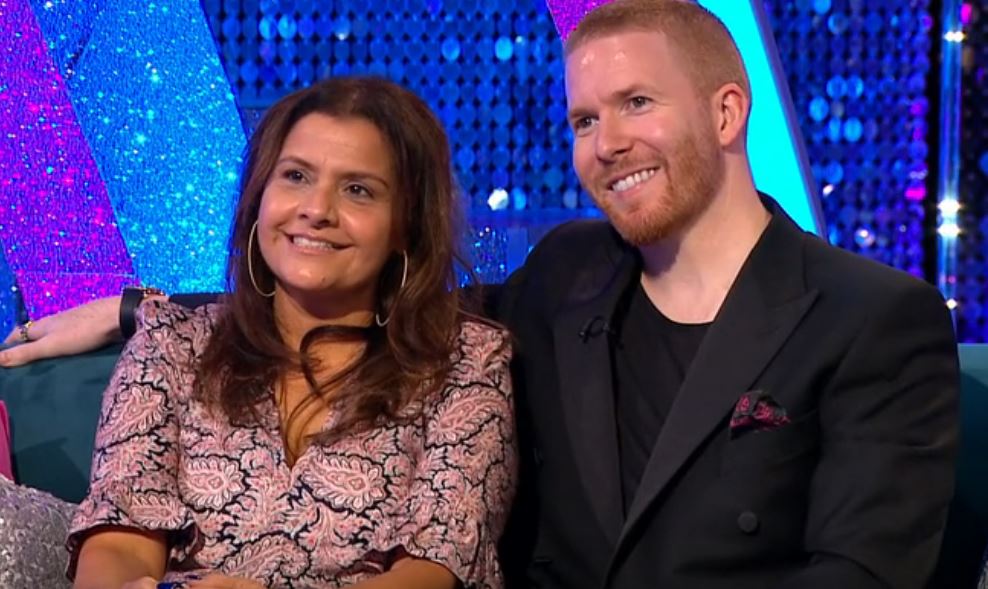 ‘And it’s just one of those things it can happen to anyone.

‘It’s easy to just go wrong slightly, that happened. But she still did such a great performance.’

When asked if Nina will keep dancing, she replied: ‘Neve again. Never again.’

The judges’ scores from Saturday were added to those from the first week’s dances before being combined with the results from a public vote, with the bottom two couples then competing in the dance-off.

While opting to save Katie, judge Craig Revel Horwood said: ‘Well, both couples clearly upped their game from the first time they danced.

‘Nina, you got every step right. Katie, you really kept the energy up all the way through to the end with lots of retraction but the couple I’d like to save is Katie and Gorka.’

It Takes Two airs weekdays at 6.30pm on BBC Two and Strictly Come Dancing continues on Saturday at 6.45pm on BBC One.