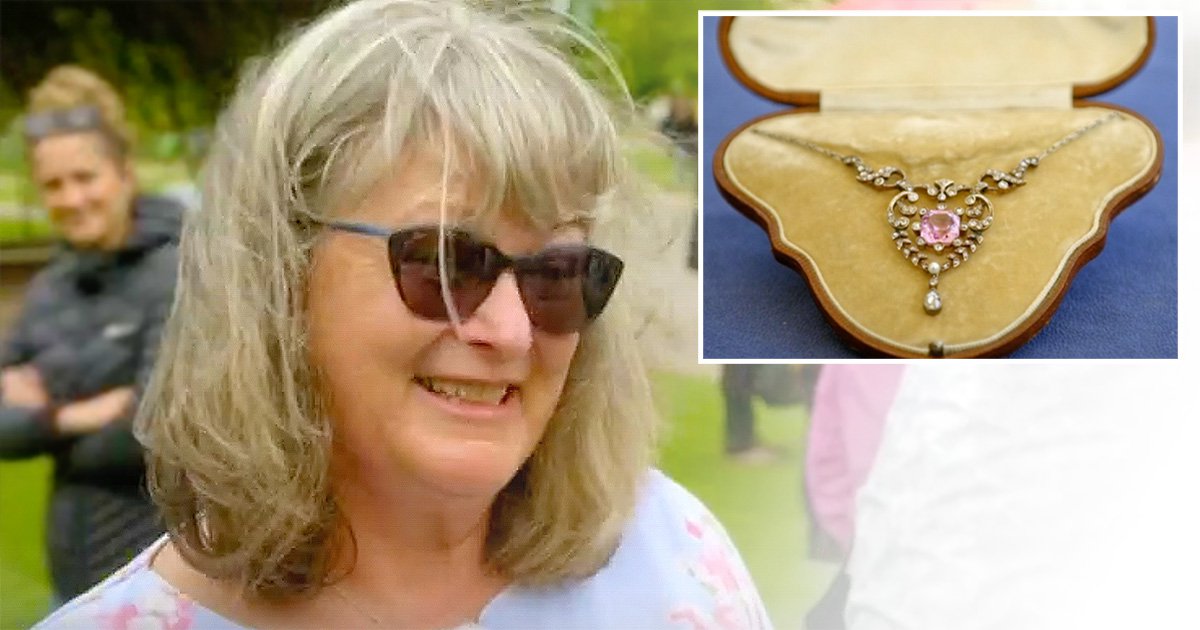 An Antiques Roadshow guest joked that she wouldn’t be rocking her diamond pendant after finding out its worth.

Fiona Bruce and the Roadshow squad visited Brodie Castle & Estate in Morayshire, Scotland during Sunday’s edition where several rocked up with valuables including football memorabilia and a curling trophy.

The programme began with independent jewellery specialist Susan Rumfitt met with a guest who brought in her diamond necklace for valuation.

‘On this slightly overcast day we’ve got a gorgeous pink and Whitestone necklace to brighten the day up. How did it come into your collection?’ Susan asked.

‘It was my ex-husband’s aunt, she gave me it 30 years ago,’ the owner replied.

The owner then explained that she only wore the chain as she feared ‘breaking it.’

‘We’re getting into the period of what we know is the Garland style of jewellery or the Belle Époque period of jewellery, which is all about these gorgeous swags pendant drops delicacy and is a period greatly associated with diamonds and pearls and a highlight of a colour within the piece of jewellery as well.

‘If you think about the beautiful balls that happened during this time with the ladies in the total glamour, absolutely amazing.’

The stunned guest was taken aback by the valuation.

‘That’s even more of a reason you wouldn’t wear it,’

Antiques Roadshow is known for its wild valuations, and recently viewers were left speechless after a creepy effigy was valued at between £10,000 and £20k.

And if that wasn’t surprising enough, another guest got the shock of their life when they found out they could get £16,000 for a pair of Queen Victoria’s knickers.

Antiques Roadshow returns on Sunday at 6:15pm on BBC One.