The animosity that started on Summer House between Hannah Berner and Amanda Batula continued well into the winter as Berner recently shared that she isn’t sure if they have a friendship any longer.

The two got into a painful smackdown during the latest episode when Berner told Batula she’s a toxic friend. “We’re not friends,” Berner told Batula. Adding, “I’m so over this toxic friendship,” Batula’s mind looked blown as she shot back, “You’re the only toxic one in this friendship!” Although the moment was filmed in August the negativity between the former friends appears to still stand. 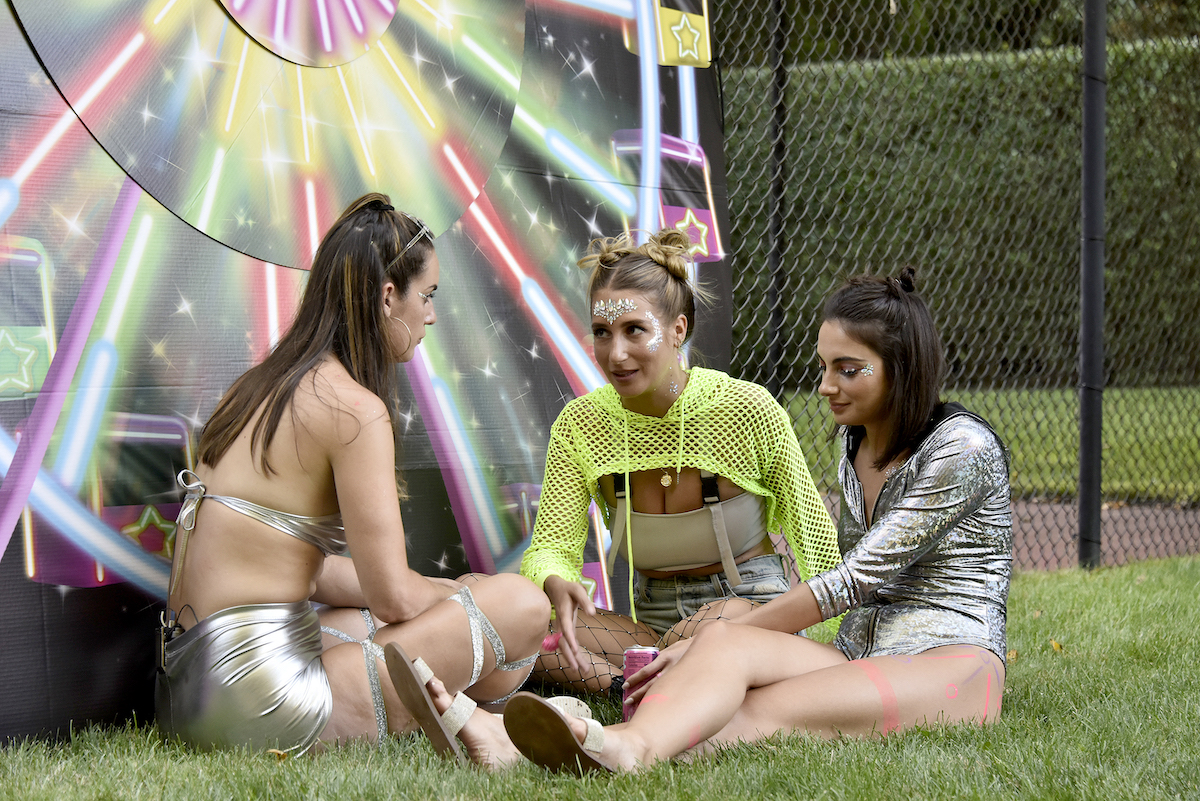 Berner and Batula went to war after Batula’s fiance Kyle Cooke called Berner out for not pulling her weight at the house. He asserted that only a few housemates did all the cleaning while “some” members shirked their duties. Berner became defensive and she and Cooke got into a heated argument.

When Batula tried to back up Cooke, Berner said she wasn’t about to allow Cooke to talk to her with the same demeaning tone he does with Batula. That remark prompted Batula to become so angry, she launched her glass at Berner from across the table.

“When I watched the cup throwing it was so funny because you never know what you’re going to do when someone throws a cup at you,” Berner said during an interview with LIT Entertainment News.  But I was a classy girl! I let that go by me and I just made a face. Because you never know — I’ve never had a drink thrown at me before! And then when it hit me I was like, damn, this just got real.”

The episode ended with Berner and Batula in a fight. When asked if they were friends, Berner said, “I’m not sure.”

“Amanda was very strong on how much she’s defended, which is valid,” she continued. “She’s always [defended] me when Kyle curse[d] me out in the past. Kyle has cursed me out more than any boyfriend I’ve ever had, and if you watch previous seasons I always just freeze, I always take it in, Amanda cries, tells him to stop. That’s happened over and over again.”

“And this summer I said if I’m going to be in this house with these people, and he’s going to be condescending to me, and I know he’s talking bad about me all over the house — I can hear it, it’s a small house — when he comes at me I’m going to say, ‘Don’t speak to me the way you speak to other women,” Berner asserted.

“I don’t love you the way Amanda does, so don’t speak to me like that.’ I mean, Kyle literally says in the episode, ‘I want to destroy Hannah Berner,’” she added. “So it’s pretty clear what’s happening if you look through what they’re trying to show, that they clearly don’t like me.”