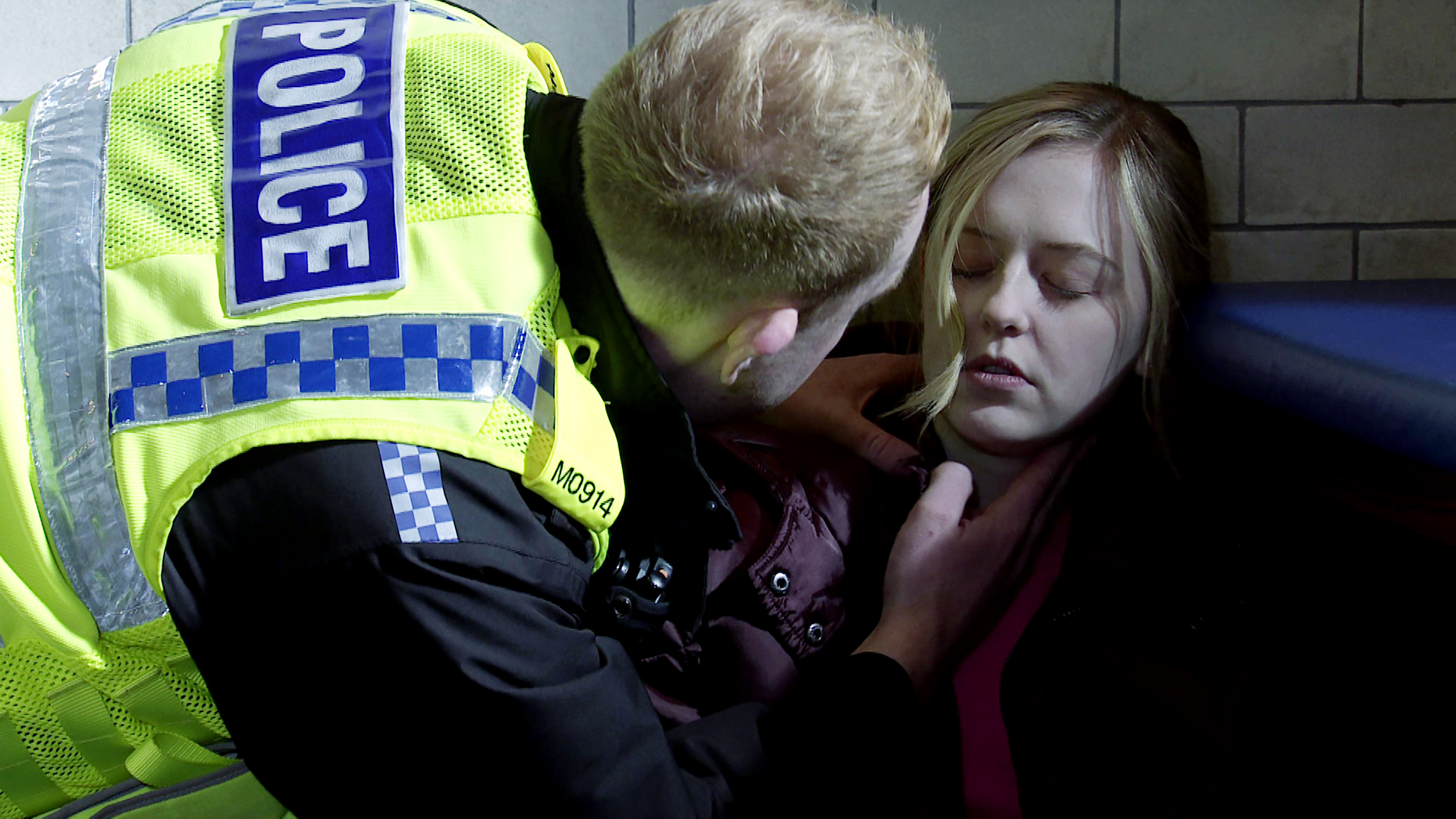 Summer Spellman’s (Harriet Bibby) life is in danger in tonight’s Coronation Street as she falls into a diabetic coma – while in a police cell.

Summer – who’s looking particularly pale – tells Amy to back off.

Later on, the police find Summer in Victoria Garden next to a box of alcopops belonging to Jacob (Jack James Ryan).

When Asha (Tanisha Gorey) and Aadi (Adam Hussain) tell Craig (Colson Smith) that Summer may be suffering from her diabetes, he rushes into the cell and finds the teen in a diabetic coma.

An ambulance is called – but will Summer be OK?

Could she finally tell Billy (Daniel Brocklebank) that she’s been suffering with an eating disorder?

In a recent interview with Metro.co.uk, Harriet Bibby opened up about Summer’s storyline and explained how the recovery side is just as important to show on screen:

‘I think that’s something that Summer will always carry with her, even if she’s back on track and she’s healthy again. If we get to a place where she’s managing her diabetes, I think there’ll always be something carried with her from this experience.’