Sunday Night Football on NBC and Game 5 of the 2021 World Series on Fox went head-to-head Halloween evening for the top primetime spots. However, the NFL showdown between the Dallas Cowboys and Minnesota Vikings proved more attractive for primetime viewers as the game took the evening’s highest ratings and viewership.

Ending with a win for the Cowboys 20-16, SNF earned a 3.5 rating in the 18-49 demographic and 12.82 million viewers in fast affiliates. Sunday’s face-off was up from last week’s game between the Colts and 49ers.

Game 5 of the World Series, which took over Fox’s typical animation slate,  brought the Astros its second win. In early numbers, Fox’s coverage of the 2021 World Series’ latest game earned a 2.7 demo rating and 12.31 million viewers, significantly up from Game 1.

Of course with both SNF and the 2021 World Series, numbers are set to rise pending adjustment – as they do with all major live and sporting events.

In the non-sports part of Sunday primetime, CBS topped programming with 60 Minutes. While the latest episode didn’t see high numbers as it has in the past couple weeks (thanks to delayed NFL regional coverage), the interview series continued its streak of topping non-sports titles on Sunday. In the following hour, The Equalizer (0.6, 6.30M) maintained its lead-in and bested the other non-sports titles of the 8 p.m. hour.

Also in the same hour, The CW’s Legends of the Hidden Temple (0.1, 0.22M) saw its smallest audience since it premiered in early October. 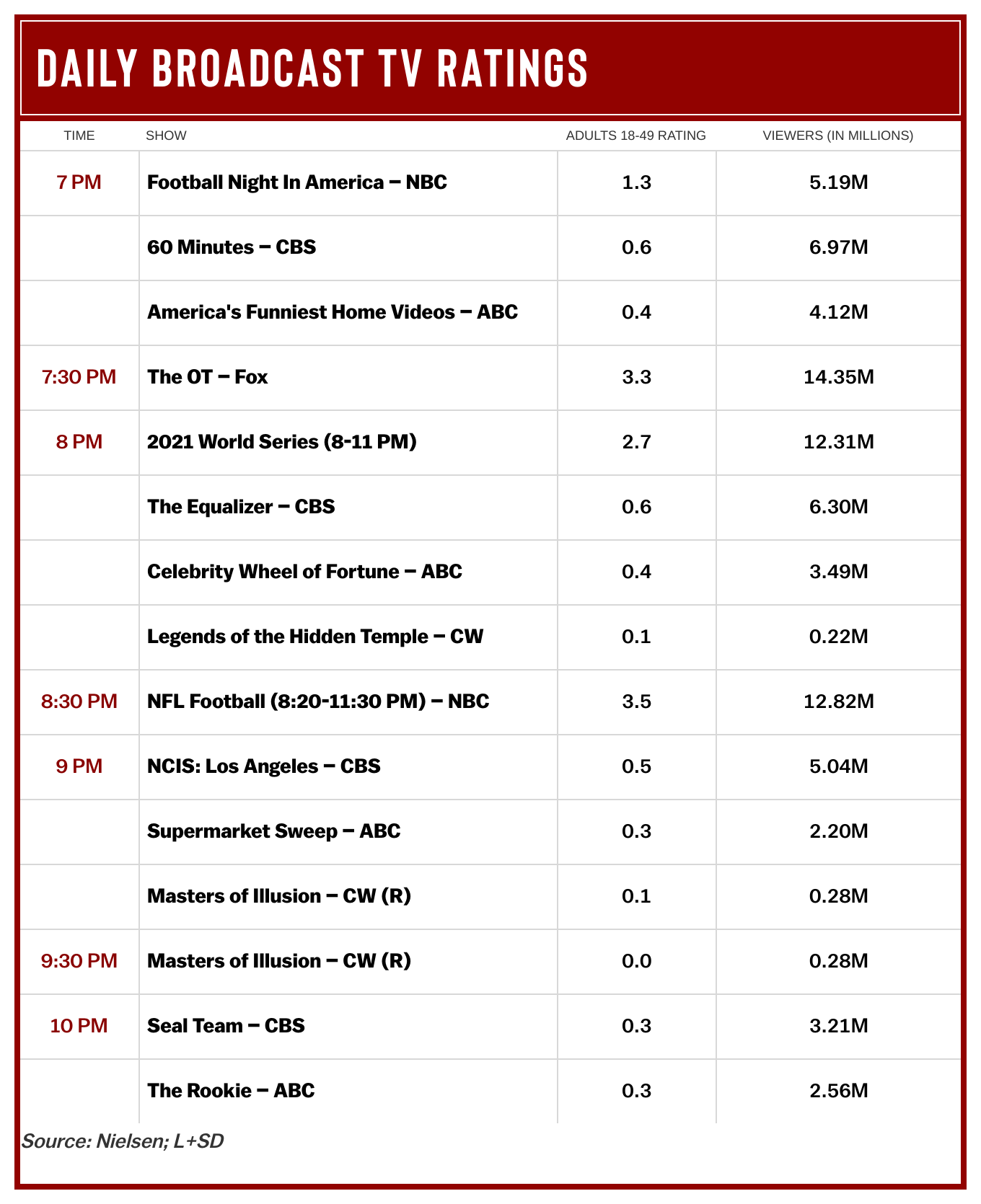