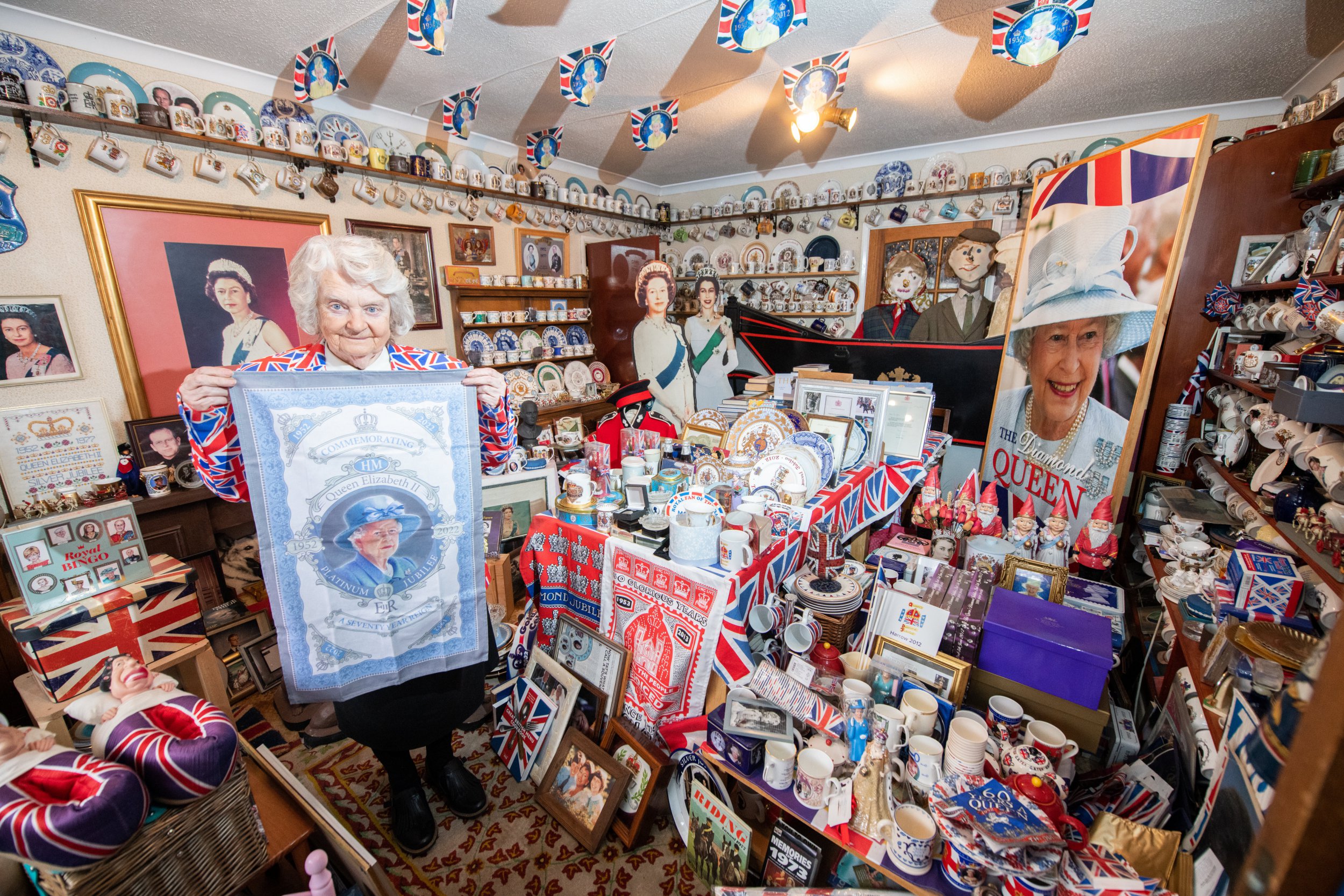 Margaret Tyler, 78, is such a huge fan of the Queen that she’s dedicated her entire home to the monarchy.

The grandmother, from Wembley, London, has met Elizabeth II four times, and describes the 96-year-old as a ‘wonderful person’.

She began collecting Royal memorabilia 40 years ago, soon growing her collection to such a size that it took her hours to dust the items every day.

These days, every room in her home is dedicated to the Royal family, from a Princess Diana mural on the ceiling to multiple life-sized cardboard cutouts of Her Royal Highness and the corgis.

Her home is so Royal-centric that it’s often mistaken for a museum by passersby.

Margaret has been devastated by the news of the Queen’s ill health, and spoke out to send a message to Her Majesty, saying: ‘Ma’am, we need you here with us.’

‘I was horrified hearing the news,’ said the grandmother-of-four.

‘One thing I dread before bed every night is a phone call in the middle of the night to tell me something has happened to her.

‘I would be devastated. I’ve always loved the Royal family and I always will.

‘Ma’am, look after yourself, we need you here with us. We are here for you.’

Margaret was just eight when Queen Elizabeth II was crowned – and recalled being ‘broken-hearted’ when her father wouldn’t buy a TV so she could watch.

She has met the Queen on four occasions, and every time described her as being ‘so kind and sweet’.

She said: ‘I was like jelly after meeting her.

‘The most recent time, I ran all the way home to tell my daughter on the phone.

‘I was puffing and panting so hard, she thought I was having a heart attack!’

As news continues to emerge of the Queen’s condition, Margaret will be holding on to hope in her shrine.

‘If anything happens to her, I would be in tears for a long time,’ she added.

‘I have grown up with her and I love what she does. The whole thing would be different without her.

‘It might yet swing the other way, she might be ok. Her mother lived to a good age.

‘We just have to hope and pray.

‘Whatever happens, she has done a marvelous job.

‘What she will leave behind is wonderful memories.’