'Survivor': Jeff Probst Explains Why They Changed the 'Freebie' Aspect of the Merge

The merge is an exciting time on Survivor. But season 41 put a twist on it. Jeff Probst explained why this twist was created and addressed the “freebie” aspect of the original merge.

Survivor usually comes down to a point where the tribes have to merge. Castaways celebrate this because it’s a huge accomplishment to make it this far. It also comes with a feast, which is a big deal for people who have been struggling to get a decent meal. This can be a bonding process, which helps to form new alliances across former tribes.

Survivor 41 changed this. The cast had to pull stones, and the two people who got grey ones had to sit out. Everyone else competed against each other in two teams. The winners made it through the merge and got a feast. The losing team went back to camp with nothing.

Erika Capsupanan and Naseer Muttalif sat out. The winning team had to send one of them to exile for two days. They unluckily selected Erika after a game of rock, paper, scissors.

Probst revealed to her in exile that she can either keep the game the same or “turn back time” by smashing an hourglass and reversing the results of the challenge. The losing team will be safe instead, including Erika. “Ready to Play Like a Lion” ended with Erika thinking about the decision.

The host teased that the game would change a lot this season. Probst is now explaining to Entertainment Weekly why the merge was part of that change. The host said they wanted to reimagine the game to make players work harder.

“As this big idea took shape, we realized that the merge had always been a freebie in the sense that if you lasted long enough, you made the merge, and that meant you received a huge feast,” the host said. “So we dug in and decided to reframe the merge so that instead of ‘making the merge’ you merely reach the ‘merge phase’ of the game.”

He continued, “Once you reach this phase, you earn the chance to compete to ‘make the merge.’ That was the big idea.” 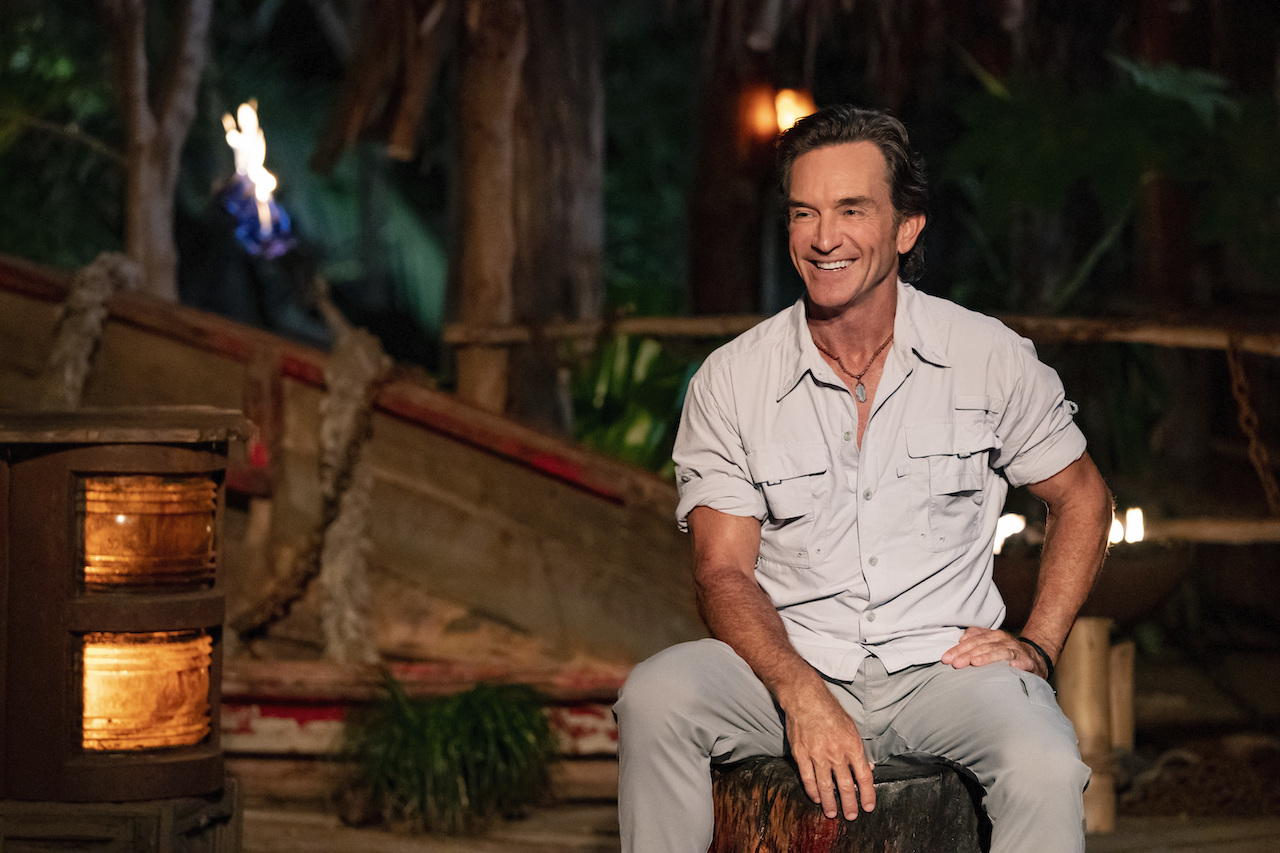 This season has been promoted as a new start for the reality show. That’s because it’s the first season of a new decade, and this season was played in fewer days. The twists seem to be an attempt to compensate for technically a shorter time for players to strategize and more. Fans will have to tune in next week to see what Erika will choose.