SXSW Quick Cut Reviews: Aftershock, Woman On The Outside, Slash/Back, And Bitch Ass

SXSW is still on-going with the music portion at the center of attention, but the films at this years festival were unforgettable. Because SXSW champions independent cinema, it gives move lovers like me the chance to discover movies I wouldn’t have heard of outside of traveling to Austin. Below I provide some quick cut capsule reviews for Aftershock, Woman on the Outside, Slash/Back, and Bitch Ass, which are a few of the films that made an impression on me. Be sure to put these on your radar! 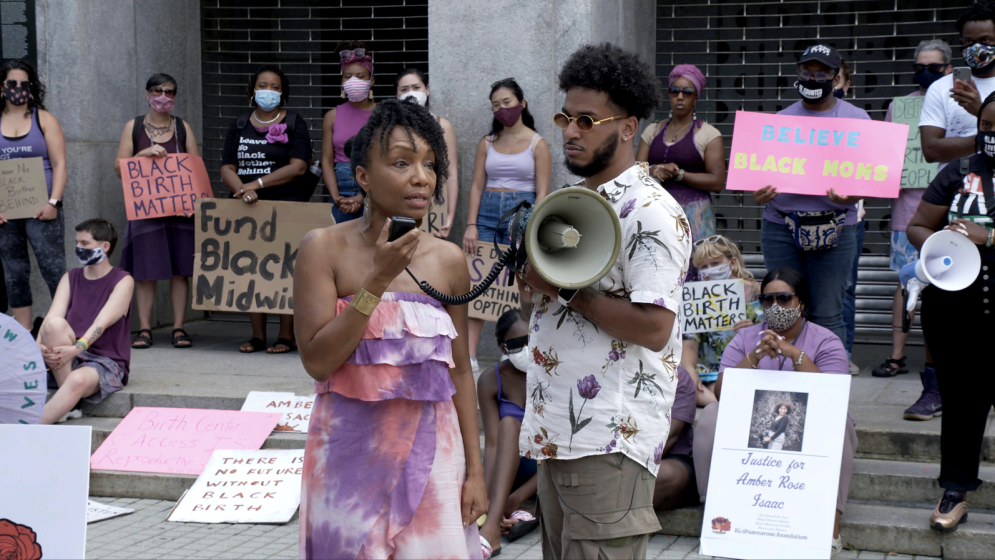 Directors and producers Paula Eiselt and Tonya Lewis Lee’s documentary Aftershock chronicles life in the aftermath of the skyrocketing maternal deaths among Black women in the United States. Black maternal death includes numerous factors regarding race, sex, income, and preventable. Shamony Gibson and Amber Rose Issacs are two Black women with tragic backstories as both women died from medical negligence in hospitals. The fathers of their children, Omari Maynard and Bruce MacIntyre, with Gibson’s activist mother Shawnee, are at the center of the film to add a three-dimensional perspective to such a sad state of affairs.

The directors analyze why something so preventable is still killing women, and the answer is racism and resources. Black women have been the face of medical neglect since slavery. Aftershock provides a history of where this idea of health truly began. Pregnancy has become even harder to navigate with the lack of Black medical professionals. But there is hope. Mid-wives and birthing doulas are becoming further utilized in the child birthing process, and the film makes sure to announce where and how one can take advantage of these resources.

Aftershock is a primer on maternal health that should be required viewing in every medical school and birthing center in America. The level of paternity deaths is a medical and public health crisis that isn’t being addressed fast enough. Someone was bound to discuss this issue, and Thankfully, Eiselt and Lee covered each topic as comprehensively as possible for a film of 90-minutes. The duo navigate these issues with sincerity, urgency, and a need to be part of the solution.

WOMAN ON THE OUTSIDE 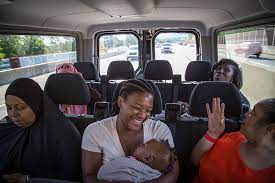 Kristal Bush has never known a life that didn’t involve the American carceral system. Her father went to prison when she was young, and her brothers are also in prison. Instead of using this environment as a negative, Bush started Bridging The Gap, a traveling program for Black women with incarcerated families, as a way to reconnect people. However, the pressure to reunite her own family becomes one of the toughest challenges of her life.

In the documentary Woman On The Outside, one of the film’s central questions is: how do we break the cycle. As Kristal transitions into a mother figure, how does she protect Nyvae from the same fate? For her, two things are true: she is frustrated with a system set up to see Black men fail, and she is frustrated with her brother’s constant recidivism but so badly wants to make a difference in the lives of many.

Having to deal with adopting her nephew, watching over her brothers and father, so they don’t violate parole and making sure her mother is stable, Kristal wonders if she will buckle under so much responsibility. Directors Zara Katz and Lisa Riordan Seville give viewers an intimate portrait of people that don’t just focus on an unjust prison system but what happens to those who are on the outside. Kristal’s voice is always at the center of the narrative, which gives the intimate moments of her life an honestness and earnestness. It really makes viewer root for her and her cause. 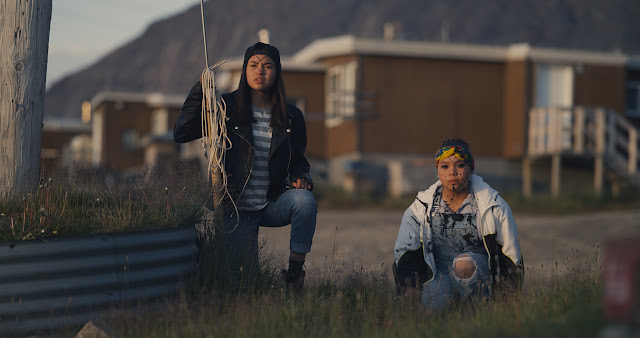 Nyla Innuksuk’s first feature film Slash/Back joins the ever-growing group of films that intersects indigenous culture with horror. In the quaint arctic Hamlet town of Pang, there is a dark secret hiding under the surface as body-snatching creatures are overtaking the town population. This coming-of-age sci-fi horror follows a group of pre-teens who are in the throes of puberty and examine their own Inuit identity. However, when the enemy is on their doorstep, the youngster’s Maika (Tasiana Shirley), Uki (Nalajoss Ellsworth), and Jesse (Alexis Vincent-Wolfe) use their smarts, cultural knowledge, and movie history to become heroes.

A few critics have compared the film to several existing movies and shows, including Attack the Block, Stranger Things, and Reservation Dogs, but Slash/Back stands on its own. Innuksuk interweaves social commentary about indigenous identity and how an outside threat forces them to reconnect with their heritage. The film is shot on a micro-budget, but it makes up for that with a talented cast and Innuksuk’s competent direction. Making the most of things allows Innksuk’s creativity as a director and writer to permeate throughout the story. Slash/Back is an endearing feature debut and looking forward to seeing what this director does next. 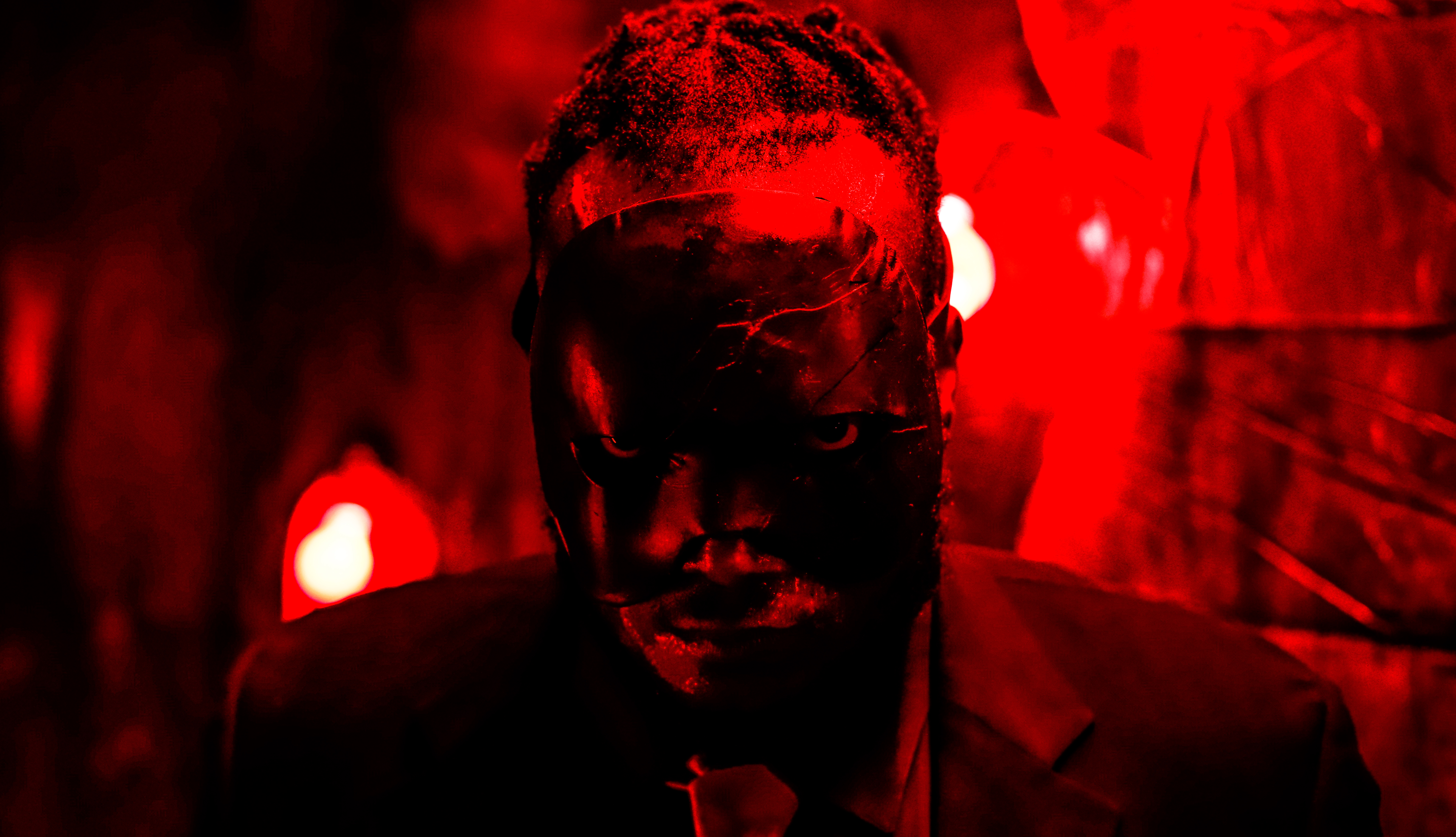 Bitch Ass is an urban horror feature writer-director by Bill Posely starring Teon Kelley, Tunde Laleye, Me’lisa Sellers. Scream king Tony Todd opens the film to give audiences a preview of what’s to come. Q (Kelley) is a part of a group of delinquents who work for neighborhood thug Spade (Sheaun McKinney) and Bootz (Tim J. Smith). Their task is to rob a house, but when the group finally enters the place, they realize they F’d up when they run into tortured serial slasher Cecil, aka Bitch Ass, and he puts the lot through a gauntlet of games where the group must fight for its life or die. Bitch Ass is written and filmed in the vein of other urban horror films like Tales From The Hood and Bones, where it merges social commentary, comedy, and horror.

What this micro-budget horror film Bitch Ass gets right are the amalgamated elements that make a great slasher, and it never forgets to be just that. Writer-director Posely conceptualizes a Black serial killer that isn’t a supernatural entity–a rare cinematic occurrence. The director isn’t looking to reinvent the genre but imparts his personalized vision to enhance it. Will the character be among the Pantheon of horror icons like Jason Vorhees, Freddy Kruger, and Candyman? Probably not. But, Bitch Ass is a funny, charming piece of B-horror cinema that has what it takes to stand firm among the many B-movie cult classics.