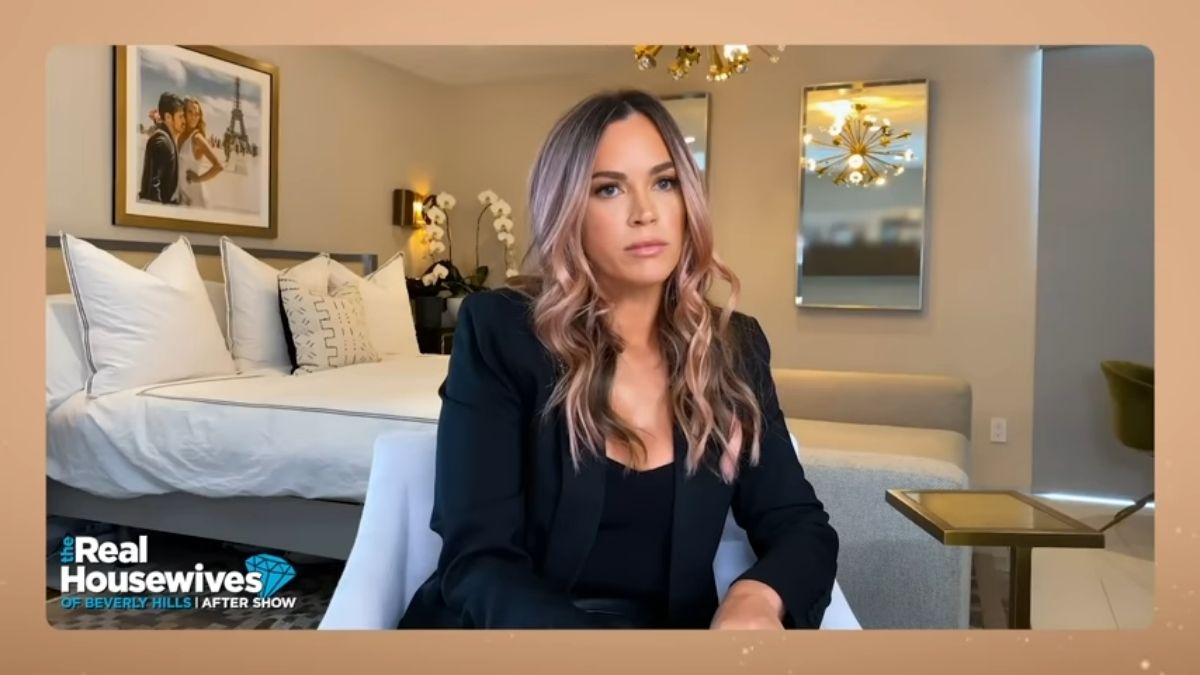 The two have butted heads this past season after Brandi Glanville revealed that Denise had been bad-mouthing Teddi.

During the cast trip to Rome, Teddi confronted the actress but she denied the accusations.

However, the 49-year-old later admitted during a confessional that she had said worse things about Teddi than what Brandi had told her.

But the real drama was Teddi dropping another bombshell in Rome by telling the ladies about Brandi’s other claim–that she and Denise had slept together.

The scandal rocked the 90210 and was the storyline for the entire season.

By the end of Season 10, the blonde beauty was officially done with the drama and confirmed her exit from the show.

Denise’s team dropped major news on the same day as part 2 of the RHOBH reunion, that she would not be returning for a third season.

Some viewers and a few of her castmates were sad to see her go but we know one person who was more than happy to bid the actress goodbye.

During an Instagram Q&A, Teddi was asked about Denise’s exit from the show and she didn’t hold back.

“I don’t know when and why the decision was made,” says the accountability coach.

“But anytime one person wants to be the star of a show and control how they are portrayed when it’s about showing the truth as an ensemble it doesn’t end well.” 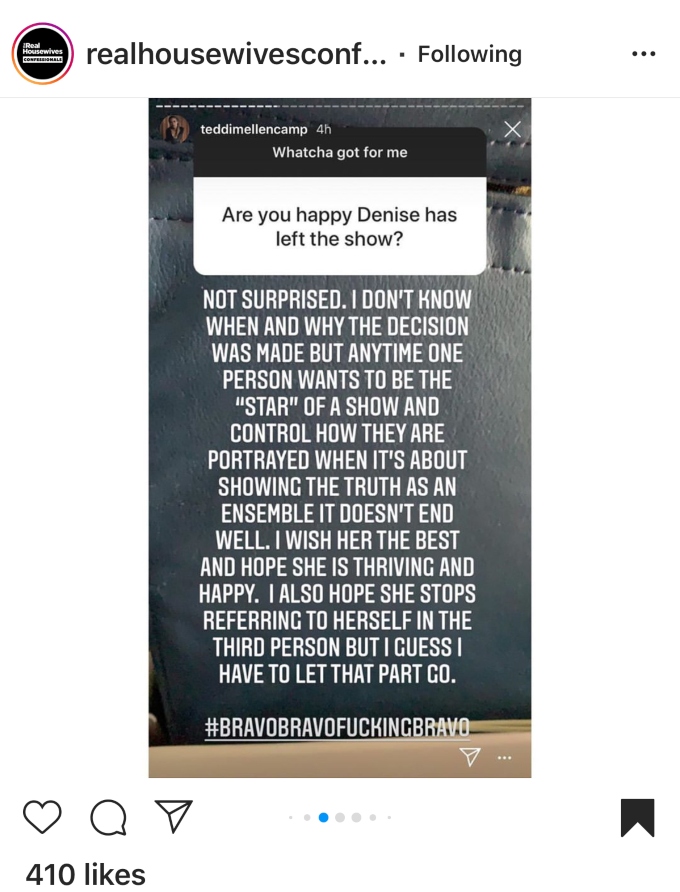 When asked about a future friendship with the mom-of-three, Teddi had an interesting answer.

” I never say never about anything.” 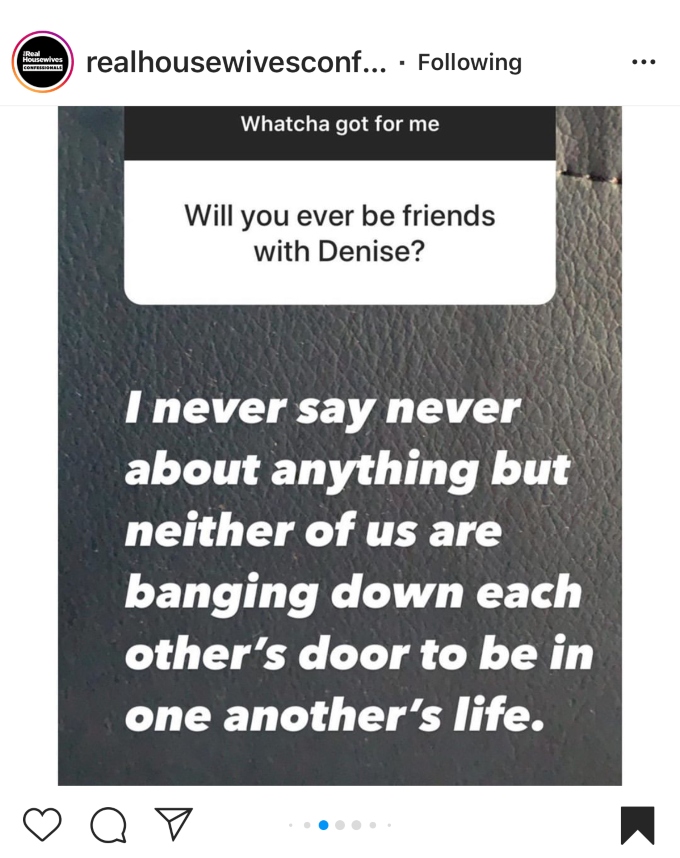 Did Teddi take a dig at Lisa Vanderpump?

Teddi’s response about cast members trying to “control how they are portrayed” may have also been a dig at former OG housewife, Lisa Vanderpump who left the show after nine seasons.

After her castmates accused her of selling a story about the puppy gate scandal to Radar Online, Lisa quit before the season even ended, and she didn’t show up for the reunion.

She has also been accused of trying to control storylines on RHOBH, as noted by former castmate Kathryn Edwards in a recent interview.

“She did produce, she did try to control the storylines,” says Kathryn.  “She would call you and text you and say someone needs to say this. She did do those things, she did.”

The Real Housewives of Beverly Hills is now on hiatus on Bravo.