REAL Housewives of New Jersey's Teresa Giudice’s daughter Gia partied at a Miami club for her 21st birthday, as she recovered with a hangover IV drip.

Video from Gia's Instagram and Teresa's Story shows that the mother and daughter partied hard at LIV, a trendy hotel club, to celebrate Gia's coming of age. 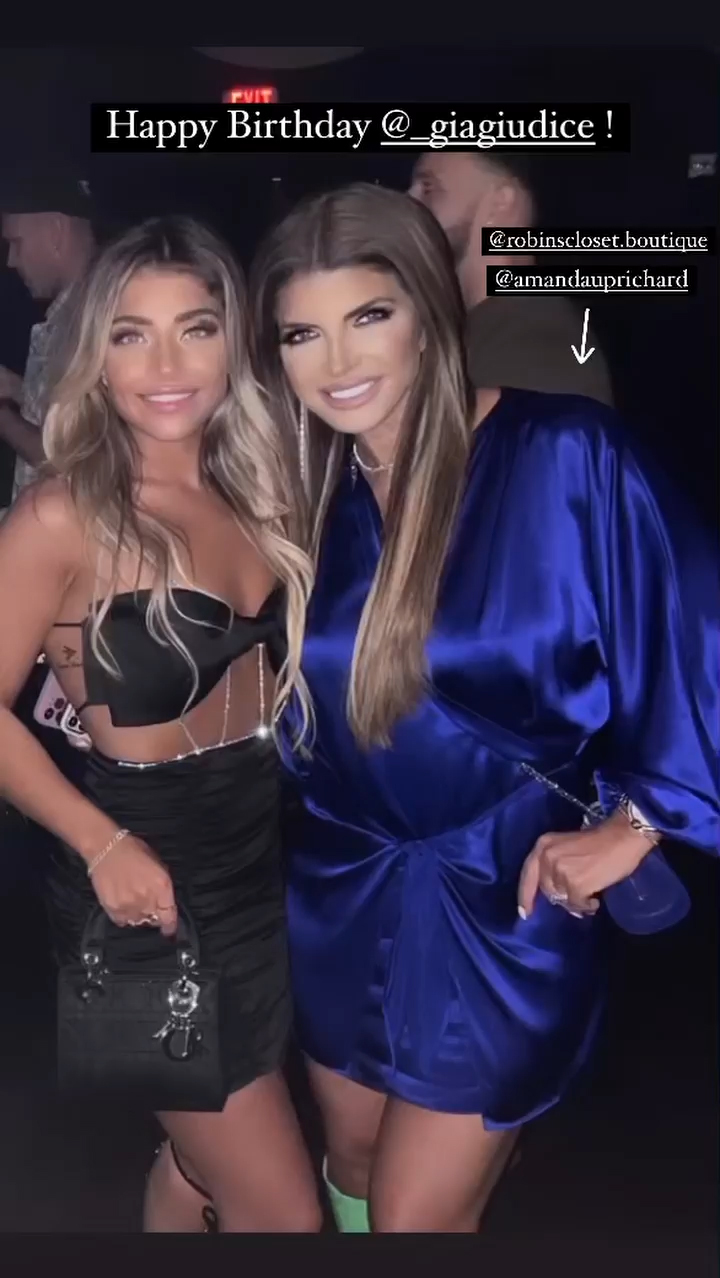 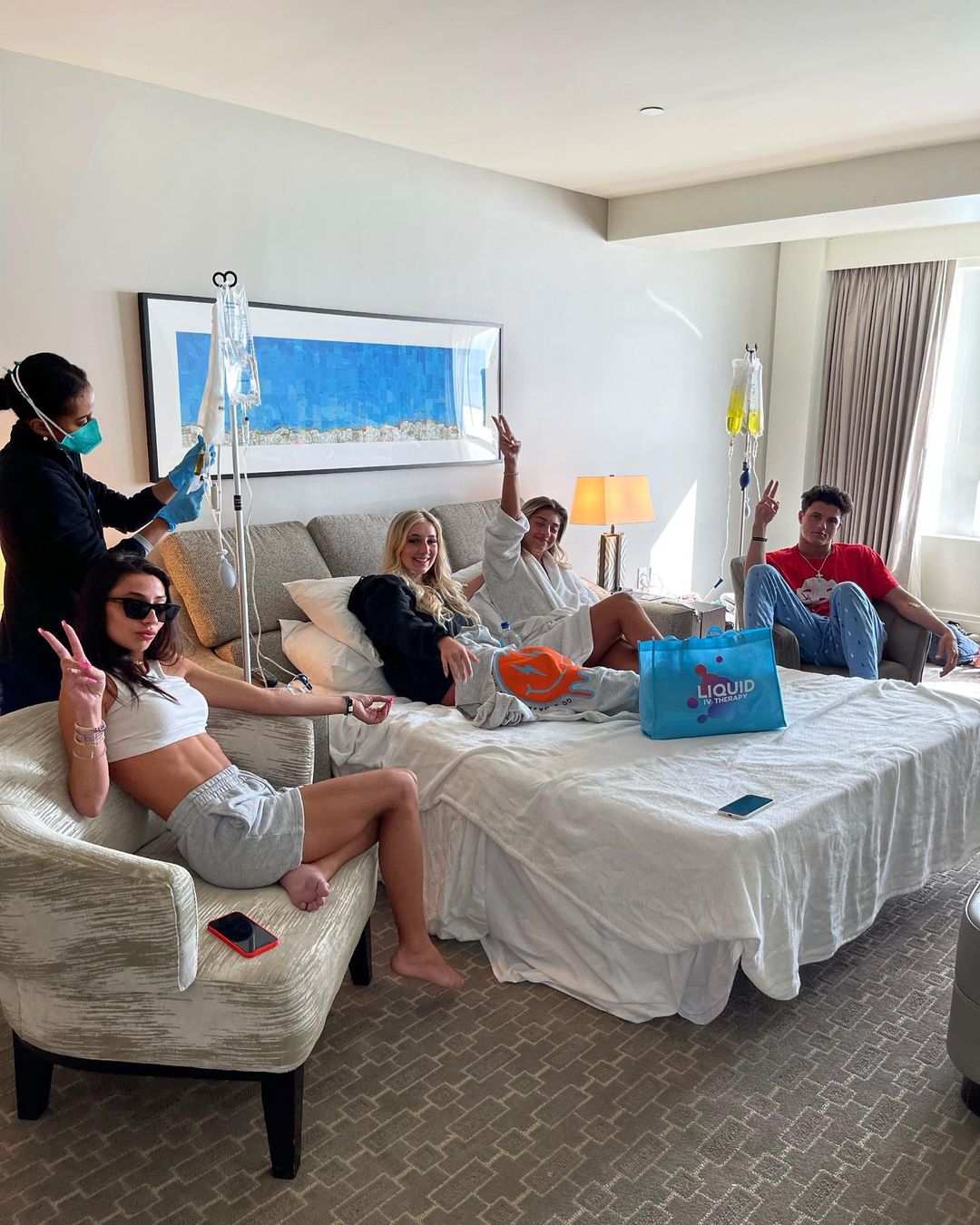 They drank plenty of tequila, went out to dinner, and partied at a beach front club in Miami.

At the club, Teresa posed next to her daughter for a photo wishing her a happy 21st.

Gia paired her outfit with a black mini Lady Dior back, priced at $4.3K.

The following morning, Gia posted a video of her friends lounging inside of her hotel room and recovering from the night.

Gia recently showed off her figure in a $820 tiny red Dior bikini during her Bahamas visit with dad Joe.

Teresa's daughter stretched her legs across as she sat on the white resting place.

In the second snap, the reality star turned her head as the sun's rays gave her fit figure a nice tan.

Gia mentioned she spotted a "little hermit crab" near the waters of Nassau, Bahamas.

Gia's father jumped in the comments section and wrote: "Love you" with red-heart emojis.

The new 21-year-old also recently showed off her figure in a steamy sports bra and tight spandex leggings after she admitted to getting plastic surgery.

The RHONJ star blew a kiss at the camera while rocking her mother's "love collection."

The black "Faux Wrap bra" is from Teresa's fashion line.

The gray spandex leggings came from the 21-year-old's line with Electric Yoga.

Earlier this week, Teresa shared a rare photo of all four of her daughters together including her private daughter Gabriella, 17, who has stayed away from the spotlight.

In the snap, Gabriella had on a brightly colored dress that teased a bit of her flat tummy while sister Gia smiled as her yellow crop top flashed her bare midriff.

Milania, 15, added curls to her long hair and wore a fancy blue dress.

Meanwhile, 13-year-old Audriana had her hair straight down like Gabriella's and decided to wear a grayish outfit.

The siblings strutted around in high heels for the snap.

Teresa asked herself in the post: "How did I get so lucky?!"

The RHONJ star wrote "Happy New Year from my family to yours." 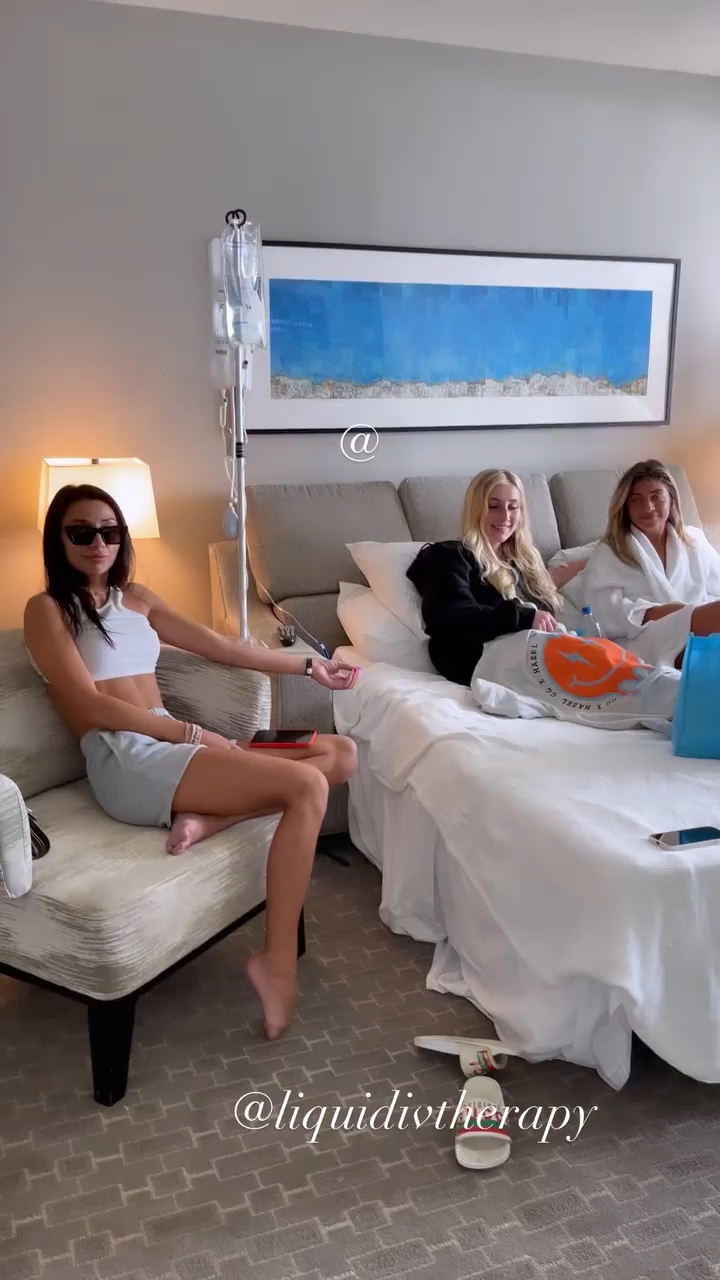 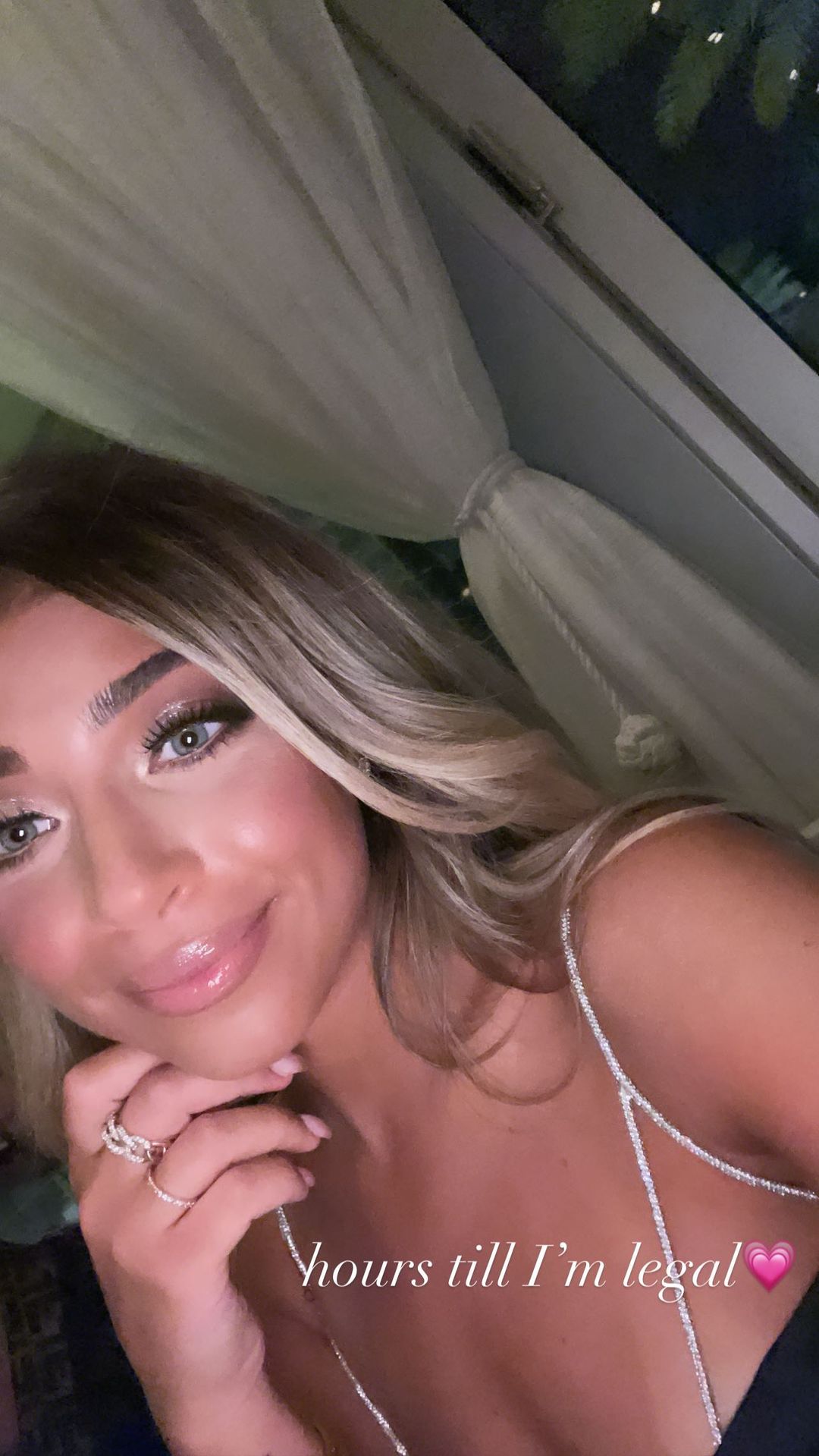 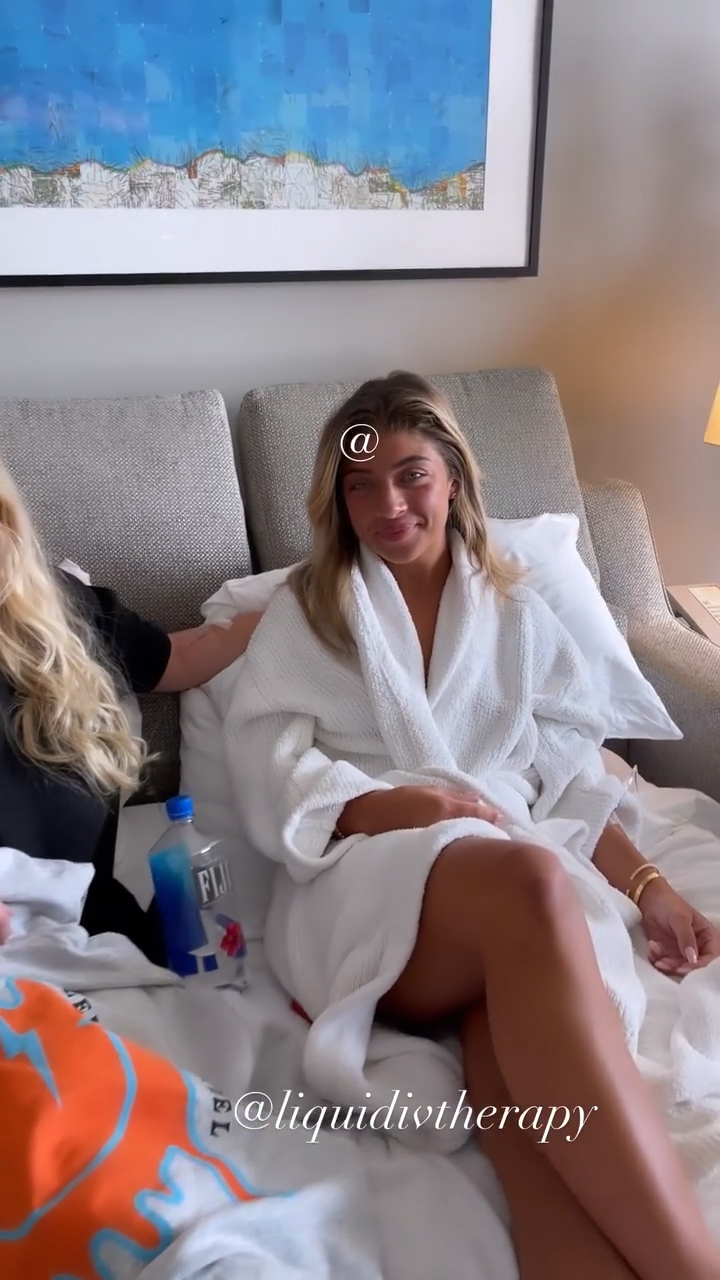