LA Correspondent Ross King had discussed Madonna introducing her new mouth jewellery, “grills” on The Tonight Show. After the clip was shown, ITV host Ranvir appeared baffled as she asked: “For what reason?” and quipped: “That’s what boredom does!” It came during Ranvir’s last Lorraine stint after a period of stepping in for the Scottish presenter.

The short video from the American TV show saw Madonna telling Jimmy Fallon: “I just got these new grills, and if I start lisping will you tell me? And I’ll take the bottoms out.”

“Let me see them,” Jimmy commented before the 63-year-old flashed her decorated teeth, which had been laden with jewels.

“Do you like them?” The Queen of Pop asked as the crowd cheered. 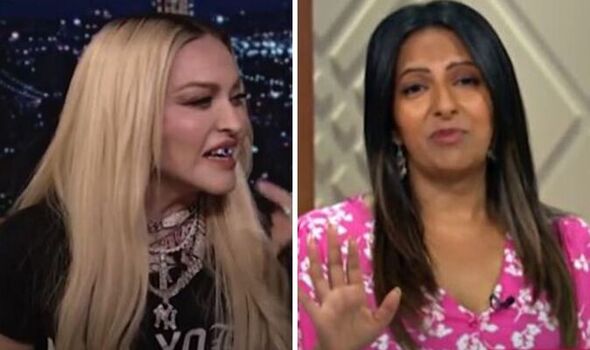 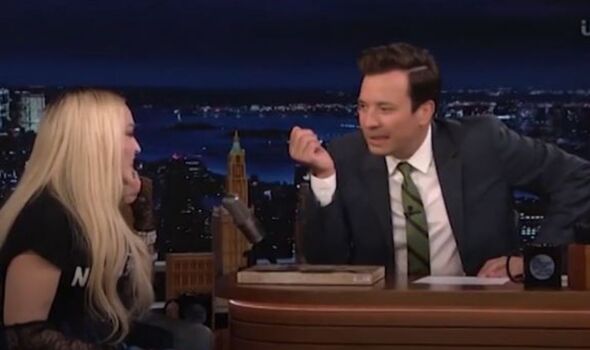 “Yeah, I do, I love them,” replied Jimmy as the singer showed the audience.

“They’re my birthday grills,” she explained. “It’s almost my birthday, so I got myself a pair of grills.”

“What do you get for the girl who has everything?” ther host joked before Madonna replied: “Grills!” 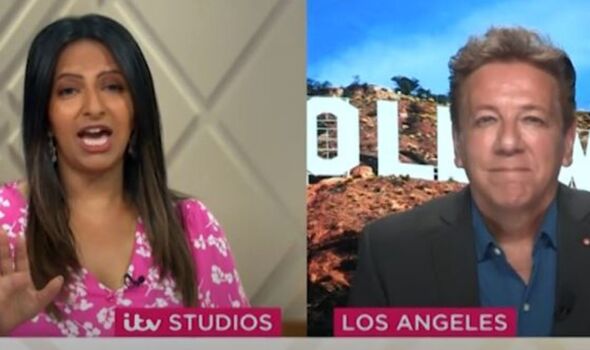 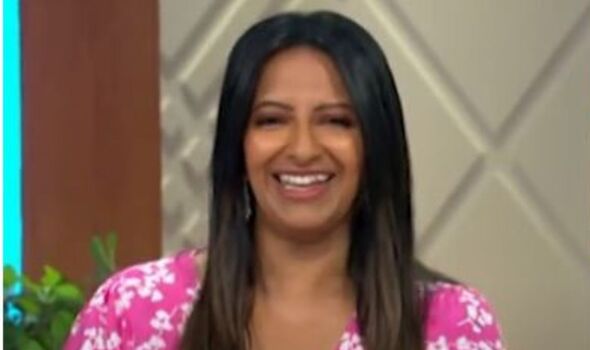 However, it seemed like the fashion piece was completely lost on Ranvir.

Back at the Lorraine studio, the stunned host admitted: “I’m so out of the loop, I thought you meant she bought herself a George Foreman!

“I had no idea what you meant, I am not even kidding.”

She asked: “Braces, she’s given herself some braces?”

“Yeah,” Ross answered. “They’re quite popular – I’ll get you a set for your birthday… that was yesterday.”

He went on: “Yeah, you get diamonds on them and things like that, they’re an accessory which you and I could probably do without.”

“But for what reason?!” Ranvir questioned, baffled by the fashion statement.

“But she can’t talk with them in!” The Good Morning Britain star pointed out.

Ranvir took a swipe at the popular singer as she remarked: “Yeah, it’s what boredom does to you, isn’t it!”

Others liked Madonna’s look though, with several people complimenting her grills after her appearance on Jimmy Fallon.

Lorraine airs weekdays from 9am on ITV.