The 1 Reason Why Fans Love 'Legends of Tomorrow'

Season five of Legends of Tomorrow can not come soon enough for many fans. While the wait is agonizing, we’re sure it will be worth it in the end as the writers and cast will do a phenomenal job as always. Those of you who are not fans — and even some who are — may be wondering what is so special about the show. In a crowded superhero market, Legends of Tomorrow stands out.

Why? Is it the humor? The crazy antics? Is it the balance between character-driven writing and action?

Or is it all of the above? 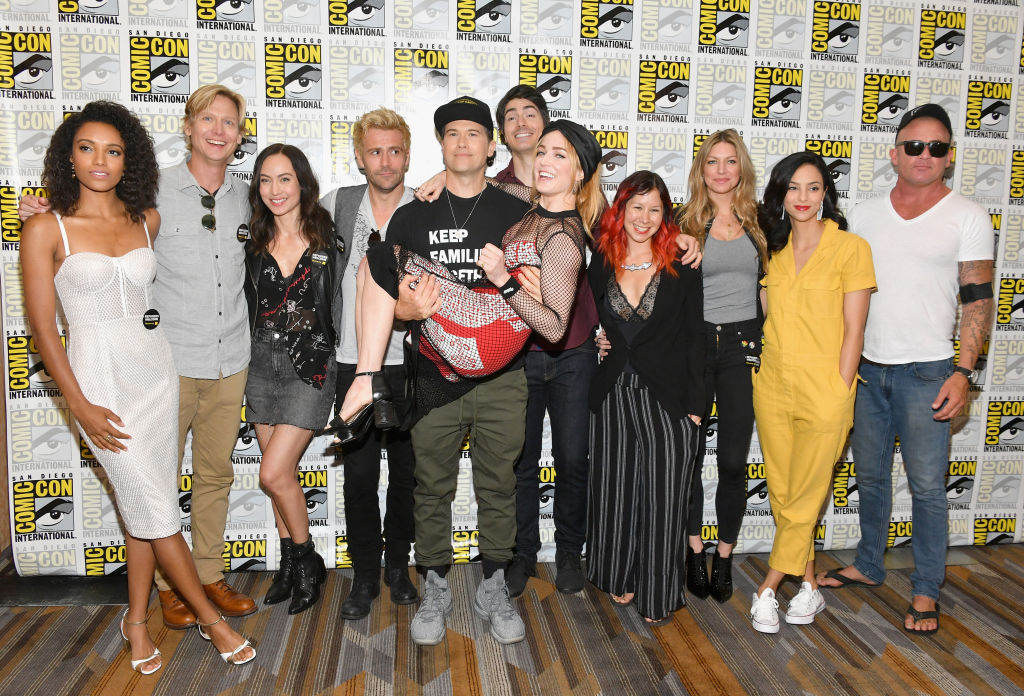 As you can see from the picture above, the Legends of Tomorrow cast and writers love to have fun. That includes their time on set. The show is light and funny and fans wouldn’t have it any other way.

The humor in the show helps it to differentiate itself from other superhero shows. While other shows take themselves very seriously, Legends of Tomorrow is all about fun. From musical episodes to the famous Beebo, Legends has done it all, and there are still more creative possibilities.

‘Legends of Tomorrow’ can never be too unique

It’s almost impossible to jump the shark on Legends of Tomorrow, because each adventure is zanier than the last, and that’s one of the show’s greatest strengths. What other show could have a Bollywood musical number and Jane Austen in the same episode and get away with it? What other show could have a giant toy defeating evil? It would be difficult for other shows to do such things and stay serious shows, but that’s the great thing about Legends of Tomorrow, it’s not serious.

Fans love the wacky adventures that the Legends of Tomorrow team goes on and most likely wouldn’t trade the Legends for darker and grittier superheroes. They are misfits, but they are lovable ones. The show may be the black sheep of the Arrowverse, but much like its main characters, it’s a lovable black sheep. In fact, many fans would say that it’s the best Arrowverse show.

‘Legends of Tomorrow’ respects its characters while remaining action-packed.

As is mentioned before, Legends of Tomorrow can’t really jump the shark. This allows for the writers to get creative and make sure that character development can be tied to the plot of each episode. However, action is not sacrificed either as the show is full of it. The Legends of Tomorrow writers simply know what works and stick to it, while continuously reinventing what the show can do.

What do fans love the most about ‘Legends of Tomorrow’ ?

It’s great to see a show that truly respects its characters and includes good plots as well. Legends of Tomorrow fans will likely agree that it’s nice for the plot to serve the characters rather than the other way around. This makes for better stories and more character development for everyone. It’s a win-win situation!

And fans wouldn’t have it any other way.