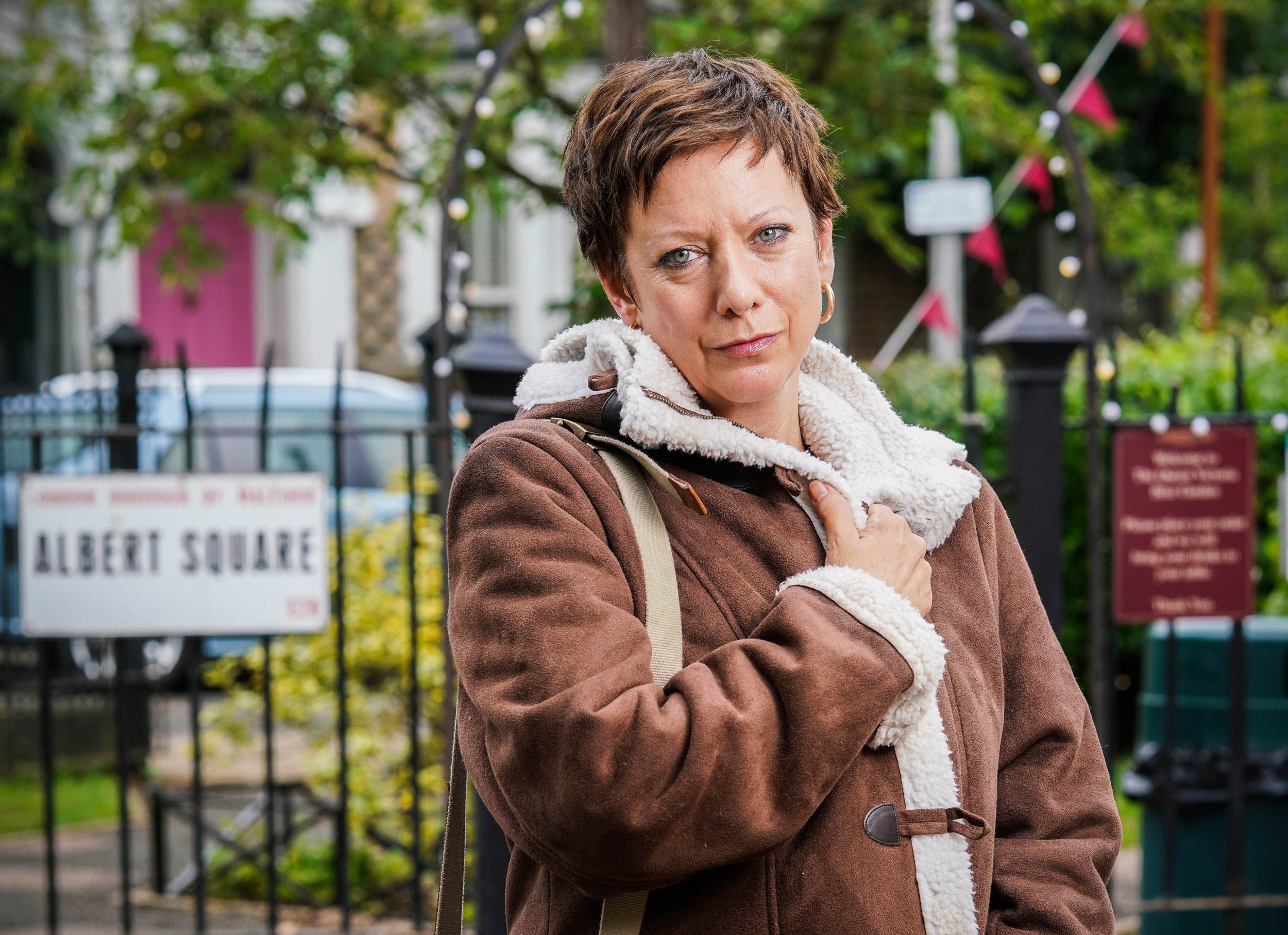 EastEnders recently announced the reintroduction of Dotty Cotton’s mum Sandy Gibson, as actress Martha Cope takes over the role. Sandy was last seen in 2010, and her presence is an opportunity for Dotty to finally move forward almost two years after she returned to the show.

Dotty (Milly Zero) initially arrived to stay with her grandmother, EastEnders legend Dot Branning (June Brown). But her namesake has since moved away and she hasn’t forged many other connections.

In fact, although living in her relative’s house with Dot’s step-grandchildren Sonia Fowler (Natalie Cassidy) and Tiffany Butcher-Baker (Maisie Smith), Dotty still seems like an outsider.

She’s the daughter of the soap’s original villain, the notorious Nick Cotton (John Altman), and yet Dotty hasn’t been given the attention deserving of a legacy character.

Dotty clearly shares contrasting traits with both her devious father and her kindly grandma, a balance which actress Milly Zero has perfected in her strong performances.

But the character needs room to develop these qualities, as well as a rich backstory to enhance her impact on the soap. This is where Sandy’s reappearance could be key. Finally Dotty’s past is set to be explored as we catch up on her lost years, and this is long overdue.

EastEnders’ Executive Producer Jon Sen recently spoke of the new casting, saying that Dotty will ‘be forced to confront everything she’s tried to leave behind.’

It’s an intriguing hint that the character is holding back a secret or two, and given what little we know about her life this is no surprise.

All we know so far is that Dotty left her home in Wales to attend a London university. This hasn’t told us much about her, and even her studies were derailed thanks to her rivalry with Ian Beale (Adam Woodyatt).

This plot could have served as a great starting point for Dotty, paving the way for more of a central role. Blackmailing Ian over his involvement in the death of young Dennis Rickman, her desire for justice coupled with a manipulative scheme blended those conflicting parts of her genetic make-up brilliantly.

She also went head-to-head with Sharon Watts (Letitia Dean) in the Queen Vic, where we saw her fiery nature rise to the surface. Yet frustratingly, this is where Dotty’s involvement in the story was shelved, and with it the potential to cement her status.

Her brief liaison with Tiffany’s husband Keegan (Zack Morris) has marred their friendship, which has been the main source for Dotty’s interactions on the show.

This led to an admission of loneliness; and we previously saw Dotty avoid a grieving Vinny Panesar (Shiv Jalota) as she struggled to support him in brief but notable references to her state of mind.

The latter could hold some significance if she has been through something traumatic – but it’s been impossible to read between the lines without further insight.

So the imminent arrival of Sandy is a breath of fresh air; set to expose the vulnerabilities within Dotty that, until now, we have only seen mere glimpses of.

The hope is that this upcoming storyline will unlock Dotty’s motivations, particularly why she chose to remain on Albert Square despite the struggles with her education and her evident unhappiness. She’s an isolated character that should have been able to grow long before now.

She also has the makings of a true soap queen, but this can only be achieved via her own storyline – strengthening her and allowing her to create new bonds.

Many beloved Walford ladies have flourished after facing their demons, from Stacey Slater (Lacey Turner) to Rainie Highway (Tanya Franks). Now it’s Dotty’s turn to shine and Sandy could be the catalyst.

EastEnders has an ideal opportunity to bridge the gap here, integrating the character into the community and giving her purpose.

So as we await what promises to be a complex reunion between the two women, we also anticipate a huge turning point which has the power to transform Dotty from lost soul to iconic mainstay.