On Dec. 21, The Bachelorette Season 18 finale left no stone unturned for Michelle Young, Nayte Olukoya, and Brandon Jones – sort of. At the start of the final episode, Michelle introduced her final two men to her parents, LaVonne and Ephraim Young, and sister, Angela Young. But while the lead ultimately picked Nayte in the end, it was clear to everyone that Brandon was the favorite of the suitors. So how is the dynamic now? Recently, Michelle’s mom, LaVonne, revealed how the family really feels about Nayte after filming The Bachelorette.

What happened when Michelle Young introduced Nayte Olukoya and Brandon Jones to her parents and sister ‘The Bachelorette’?

At the end of The Bachelorette finale, Michelle knew that she wanted to be with Nayte, and she was confident that he would make her feel seen. Then the two got engaged with a Neil Lane engagement ring. Nayte and Michelle also confirmed that they are still together months after filming the show. But how does Michelle’s family feel about Nayte now? It seems like their concerns have been addressed.

During the “After the Final Rose” special following the finale on Dec. 21, Michelle’s mom shared what they thought of Nayte. And ultimately, the family can see that Nayte truly cares for their daughter.

“We are in love with Nayte. We are absolutely in love with Nayte,” LaVonne said. “[Michelle] shared one of the texts that you sent her, and I won’t say it – but it was beautiful. It was so heartwarming. It made me cry.” 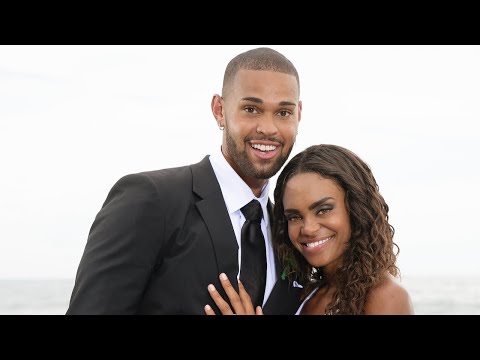 Now, Nayte and Michelle will get their happy ending after The Bachelorette, and it looks like they get to experience it all with their families. Still speaking during the “After the Final Rose” special, LaVonne and Nayte’s mom revealed that they are now “besties.” Then on the Bachelor Happy Hour podcast, Michelle shared that both families have been supportive of their relationship. The Bachelorette star said:

“Nayte and I were constantly talking about what type of family we wanted in the future, what we wanted from our families together after this. I think that the best part is everything that we talked about, everything that we put in place, that’s the direction it’s going. Our moms talk all the time. Me and his siblings – and vice versa – [we’re] truly able to feel supported by both of our families.”