The Bachelorette Recap: Did a Shocking Exit Just Tank the Whole Season?

The Bachelorette‘s Katie was already reeling this week after Michael’s early departure… and things didn’t get any easier for her, did they?

Monday’s episode was officially “hometowns,” but thanks to COVID, the show had to stage pseudo-hometown visits at the New Mexico resort where they’ve been filming all season. First up is Blake, who introduces Katie to his native Canada by taking her to a cabin filled with dead animal heads and hockey sticks. They take shots of maple syrup, ride a mechanical moose and play street hockey to get the full Canuck experience… as Greg watches them from his hotel room balcony, seething with jealousy. (Gee, what are the odds the producers would stage their date right outside Greg’s room?) 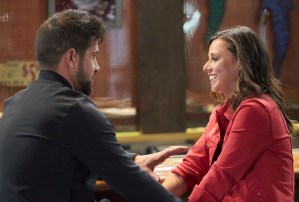 Katie also meets Blake’s family, and his mom can tell that he’s “smitten.” His sister is more of a realist, though. “This is the one, now?” she asks, reminding him how he was also smitten with Clare, and then with Tayshia last season. (Oh yes, we remember!) Blake tells his mom he’s ready to propose (after, like, two weeks???), but after she pushes him to tell Katie he loves her, he can’t quite do it when they say goodbye. This whole Blake thing is weird: I feel like Katie likes him, but she’s not head-over-heels, and they’ve only known each other half the season. Plus, who would bet against him showing up on a season of Bachelor in Paradise in a year or two? 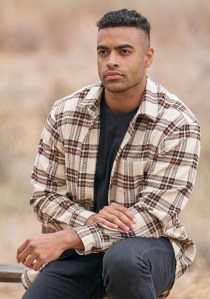 Next up for a hometown date is Justin, and he just feels like the classic “third-place finisher who doesn’t make the finale.” Katie says herself that “I haven’t seen Justin in a long time, it feels like,” which is never a great sign, and all she can really talk about with him is how good of a kisser he is. Which, fine, but how about literally every other aspect of a relationship? He’s from Baltimore, so they take a horse-drawn carriage ride through the desert past walls covered with graffiti. Romantic!

Justin’s parents can’t make it, so Katie meets his two friends Herb and Tommy. One of them has to play the mom role, so it’s Herb who pulls Katie aside and asks about her connection with Justin. Once again, she brings up the kissing. Does she even know who Justin is? Could she pick him out of a lineup? He hasn’t told her he loves her yet, and she hasn’t, either… because she doesn’t! Seriously, this date is even more pointless than most on this show. We all know that Katie’s feelings lie elsewhere. And speaking of which… 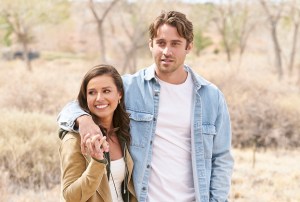 Last but not least is Greg, who it seems like Katie has locked in on almost from the start. He takes her on a faux tour of the New Jersey boardwalk on a tandem bike, and they play basketball together, which he hasn’t done since his father died. Plus, they share another swoon-worthy kiss in the rain. We know Katie has to say she’s torn, but c’mon. Her face is basically the heart-eyes emoji when she looks at Greg, and she says in a confessional that she knows she is falling in love with him and “he is truly everything.” So this thing is a wrap, right? Well, maybe not.

Katie meets his mom and his brother and friend, and Greg watches video messages from his sisters and nieces, which get him all weepy. Katie’s much more definitive in how she talks here: She tells Greg’s mother he’ll definitely be in the finale and calls them “the perfect match.” But Greg needs to hear more from Katie, and after he gives her an emotional, heartfelt speech about his father and how much she means to him, he waits for her to say something back… but she doesn’t. She tells him something about how this will all be worth it in the end, but he’s disappointed and starts to shut down. On their way to the door, they have a tense conversation in the dark, with Greg confessing: “I just don’t understand how you don’t know at this point… I’m, like, losing my s–t here.” She accuses him of giving up on them (???), and they have an awkward goodbye. Uh-oh. 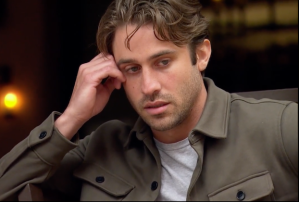 The next day, Greg knocks on Katie’s door to explain himself. He felt like he told he loved her and got nothing back from her. She keeps saying she wants to save that for the end, but he feels like she’s being cold, and he’s really hurt she said he’s giving up on them. “I’ve reached my breaking point with this,” he says, and when she asks if he’s done, he says yes. “You’ve always been my number one,” she pleads, but that’s not enough for him. He doesn’t care about getting a rose, he insists. “I just wanted something real.” He walks out on her, and she follows him outside and hugs him, saying if he leaves, she wants to leave, too. But he’s adamant: “I’m not happy here anymore… I’m done here.” He walks off again, and Katie declares she’s done, too, walking off in a huff. She runs back to her room sobbing and slams the door behind her.

Kaitlyn gently tries to talk to her through the door, but Katie is a wreck. “How am I supposed to move forward with any of this?” she asks between sobs. She tells Kaitlyn that she’s said in interviews she’s “falling in love with this guy.” (So… why not tell him that? What’s this bizarre insistence that you need to wait until the end?) After this and Michael last week, now she feels like her confidence is completely “destroyed.” She finally declares: “I want someone to book my flight home.” In the previews for next week’s finale, we see her crying with her mom and Blake and Justin getting the news about Greg. And just to drive the point home, the episode ends with a schmoopy montage of Katie and Greg’s love story.

So will Katie go home alone and brokenhearted? Will she settle for Blake or Justin? Or will producers find a way to bring Greg back, like they did in Colton and Cassie’s season? (Because that worked out so well.) We’ll find out next week, Bachelor Nation.