The latest plot hole in The Big Bang Theory is related to one of Sheldon Cooper’s (played by Jim Parsons) many sicknesses – his cat allergy. In the early seasons of the CBS sit-com its established that Sheldon is allergic to cats as a development to the long running joke of Howard Wolfowitz (Simon Helberg) having to avoid all kinds of food and animals due to his own allergic reactions.

In season one, Leonard (Johnny Galecki) comes home with a cat scratcher, and this is when it becomes clear that Sheldon is allergic to cats.

When Sheldon says he hopes it’s for Leonard, he replies: “Now I’ve taken into account your allergy, and I found a solution…”

This suggests Sheldon has a deadly cat allergy.

However, it seems CBS bosses made a huge u-turn on the plots by the time the subject of real-life cats came back around in season four. 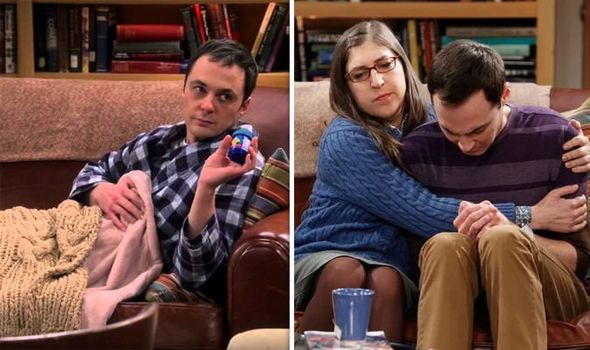 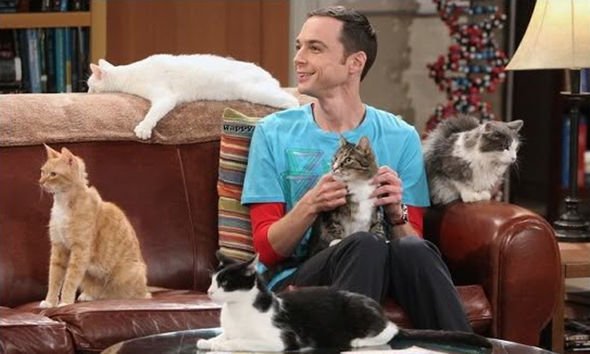 In the episode titled ‘The Zazzy Substitution’ bosses seemed to overlook Sheldon’s allergy.

Not only do they ignore his allergy, but the episode sees Sheldon bring a staggering six cats into apartment 4A without a single splutter.

This doesn’t only go against his allergies and germaphobic nature, the six cat stunt also goes against the famous roommate agreement between Leonard and himself.

This didn’t go unnoticed by fans as one took to social media to share the continuity error. 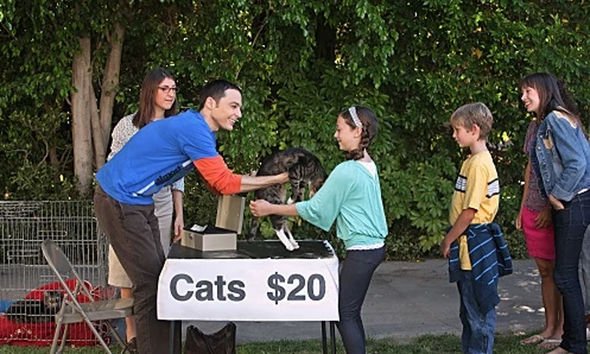 “Okay so I’m watching old BBT and how the hell is Sheldon bringing home all these kitties when he knows damn well he and Leonard are allergic?!” quizzed one Reddit user.

One fan responded, joking: “Lol either he is dosed up on antihistamine or the writers forgot, know what my money’s on.”

A second unimpressed fan added: “I swear they do this all the time, create such complicated characters and then totally forget all their quirks.”

However, one fan may have an explanation, as the user commented: “Just for the record, when I was younger, I had a horrible allergy of cats, that it consistently gave me hives. Now that i’m older, it has actually worn off, and I can be around cats whenever and wherever I please.”

Could Sheldon’s allergies simply have worn off over time?

This is certainly not the only plot hole fans have found since the show ended.

In the first season’s sixteenth episode, titled The Peanut Reaction, Sheldon gets into a heated debate on horoscopes with Penny Hofstadter (Kaley Cuoco), which lead to Penny revealing his birthday.

He claims astrology is fake and that horoscopes have no scientific grounding whatsoever, with Penny sitting the other side of the fence.

For Sheldon to be a Taurus he would have to have been born between April 20 and May 20, which true fans will know cannot be the case.

It seems even showrunners may have spotted the plot error, as later in season eight Penny correctly refers to Sheldon as a Pisces.

The Big Bang Theory season 12 is available to stream on Netflix.