The British Tribe Next Door starts tonight at 9.15pm on Channel 4 – here's all you need to know

THE bizarre new series sees Scarlett Moffatt and her Gogglebox family (with an exact replica of their County Durham home included) plonked in the middle of a remote African village.

Intrigued by the unusual premise of the new Channel 4 show that starts TONIGHT? Then here's all you need to know… 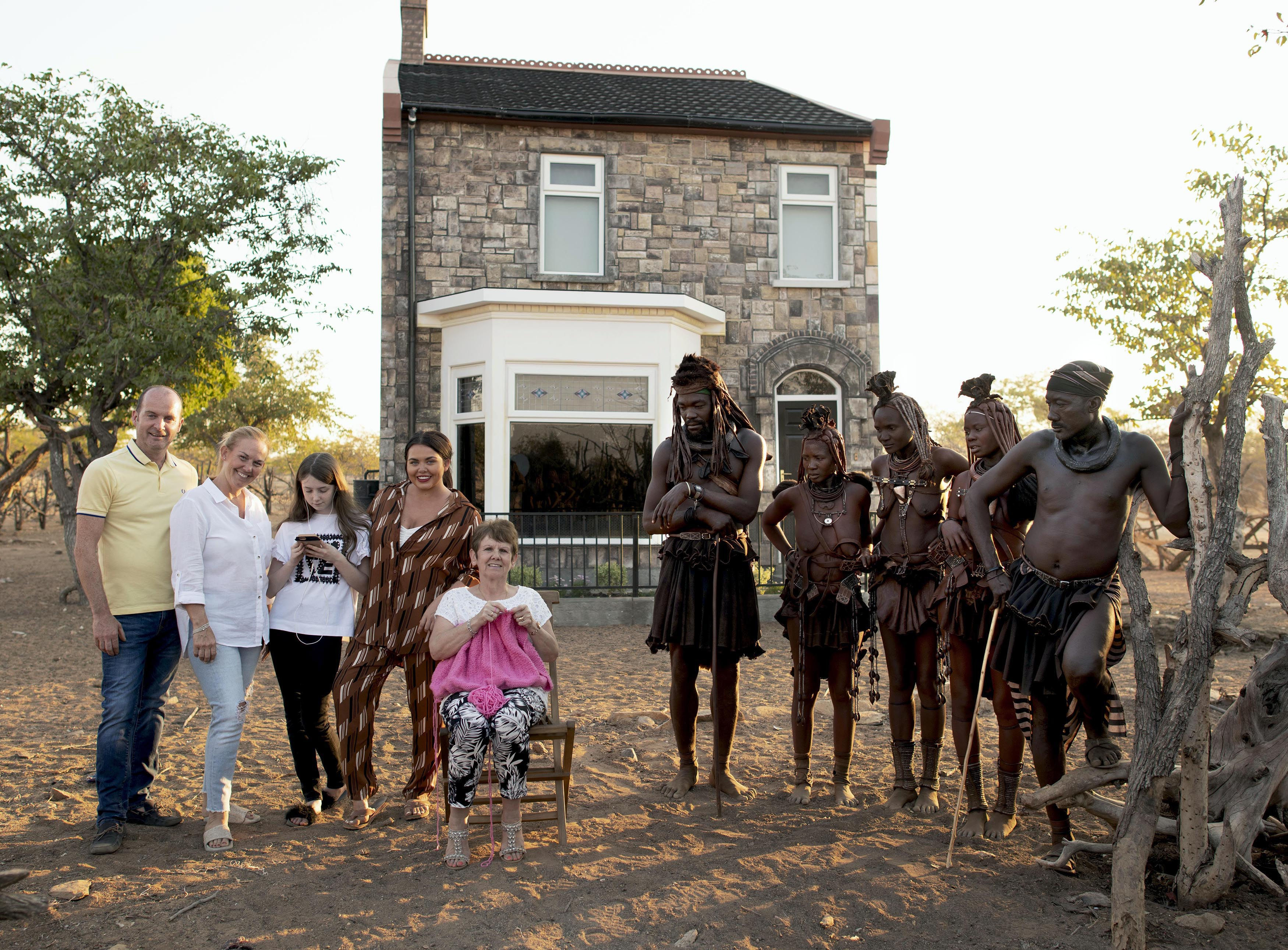 What is The British Tribe Next Door?

The British Tribe Next Door is a new Channel 4 programme starring Scarlett Moffatt and her Gogglebox family.

The show sees the Moffats get transported to a remote African village.

But viewers may be left baffled as they see an exact replica of the Moffatts' Co Durham semi relocated to the dusty plains of Namibia.

I'm A Celeb star Scarlett, 29, and her family will live in the kitted-out home alongside the nomadic Himba tribe for four weeks.

But the Brits won't be abandoning their creature comforts to live like the cattle-herding people.

The average Himba family has about a dozen possessions – compared to the nearly 22,000 items in the Moffatts' home. 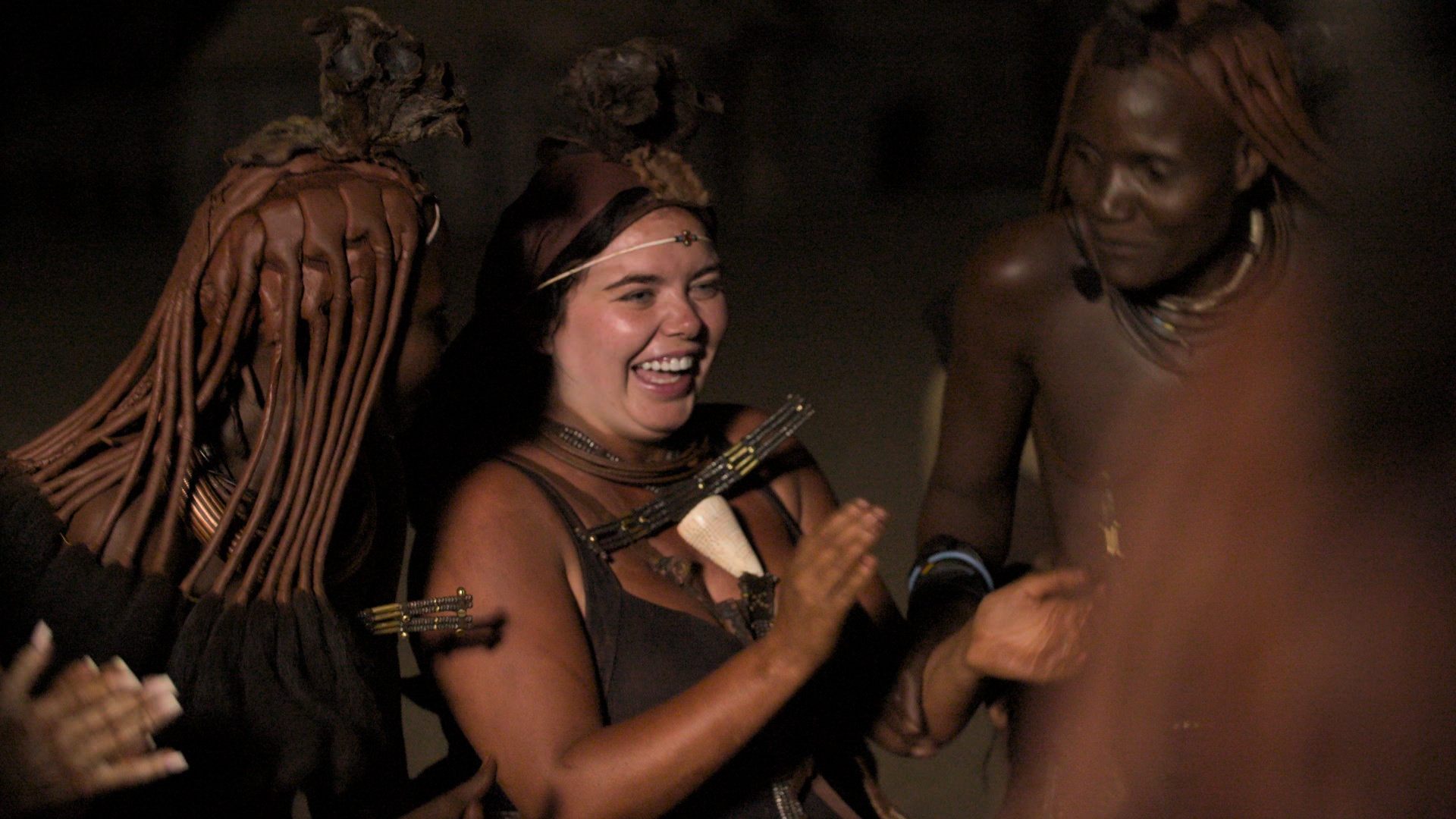 What has Scarlett Moffatt said about The British Tribe Next Door?

Scarlett has said that she and her family learned "an enormous amount" from the tribespeople.

She said: "This is one of the most eye-opening experiences of my life.

"I feel privileged and humbled that the Himba tribe invited us to join them and we have all learnt an enormous amount." 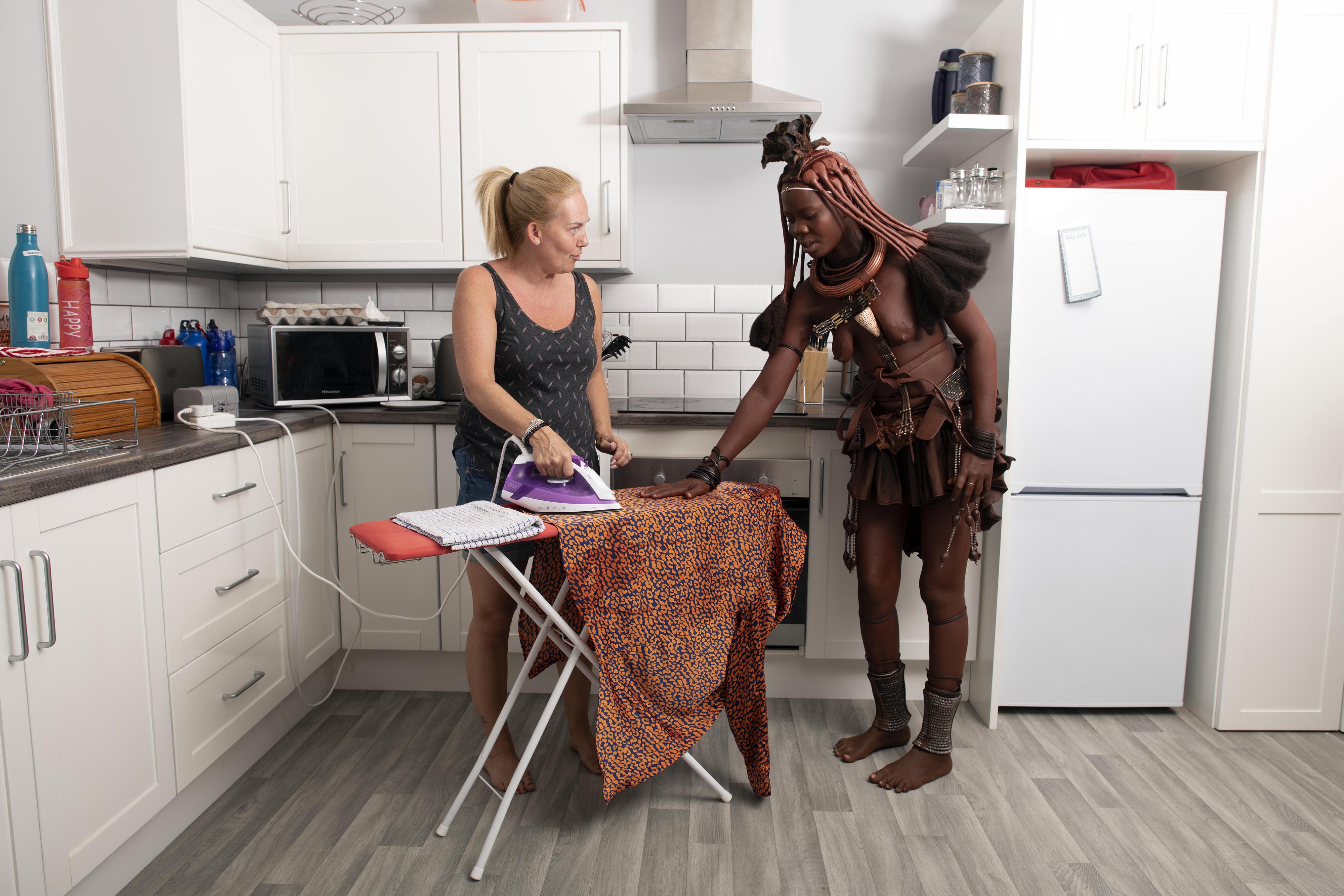 What have members of the tribe said about making the show?

Chief Tijone of the Himba tribe said: "I was born in our village and I've never travelled far so I don't know the Western life.

"Of course, there are benefits and there are disadvantages.

"When the visitors come, they can explain everything to us, and we will learn from each other's cultures."

The Himba agreed to host the Moffatts so they could judge the sedentary Western lifestyle they've heard about but never seen. 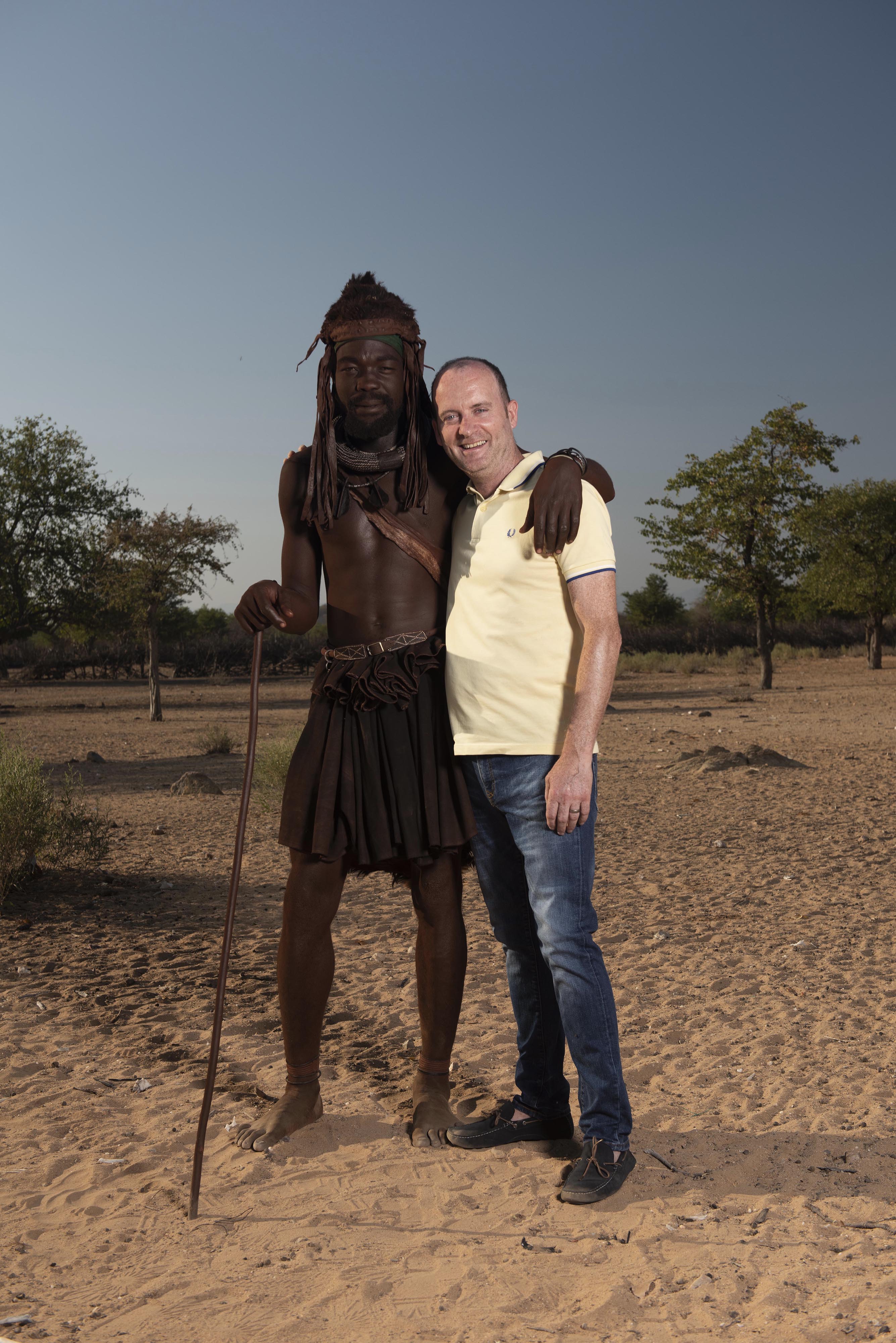 What have Channel 4 execs said about the show?

"This series contrasts two worlds on a spectacular scale – but at its heart, is about the extraordinary relationships it creates.

"Scarlett and the Himba are the perfect foils, both hospitable, curious, friendly… and sharing wicked senses of humour."

Co-executive Producer for Voltage TV Sanjay Singhal said: "We're excited to be making such an ambitious and innovative programme.

"It feels totally unpredictable and I'm intrigued to know what the Himba and the Moffatts will learn about themselves from taking part." 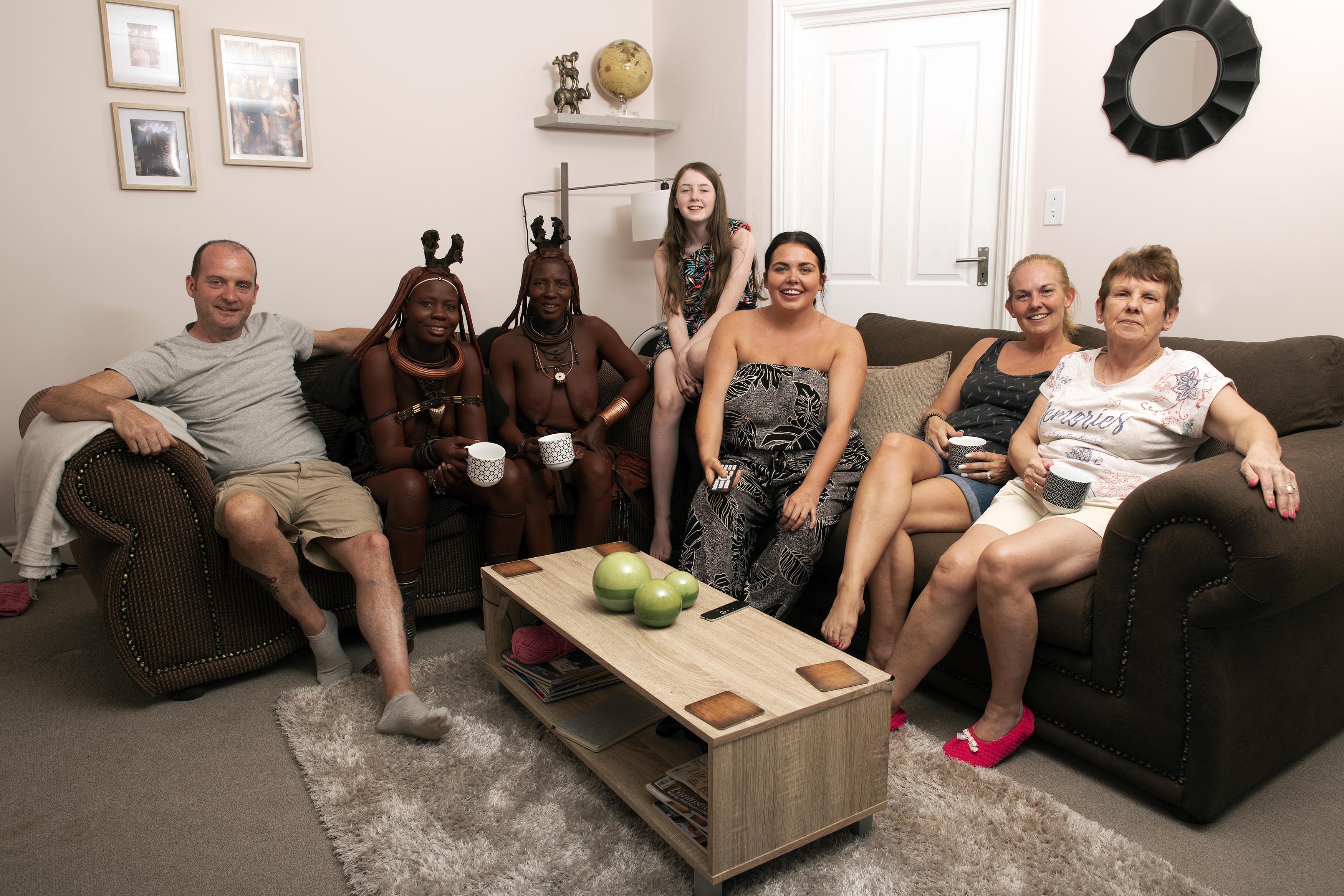 How can I watch The British Tribe Next Door?

You can watch the first episode of The British Tribe Next Door TONIGHT at 9:15pm on Channel 4.

The series is comprised of four, one-hour long episodes which will air at the same time for the next few weeks.

And fret not if you miss an episode as you can catch up on 4oD.

Who is Scarlett Moffatt?

Scarlett Moffatt was born in the town of Bishop Auckland outside Newcastle on October 17, 1990.

The 29-year-old went to York St John University where she studied PE and Sports Coaching before becoming a disability adviser for students.

Scarlett appeared on MTV's Beauty School Cop Outs in 2013 with none other than CBB's Jeremy McConnell.

But she rose to prominence after her family appeared on Channel 4's Gogglebox.

Her profile rocketed though after she took part in I'm A Celebrity 2016 – where she beat Joel Dommett to win the show.

After being crowned Queen of the Jungle, the job offers have been rolling in for Scarlett.

As well as being on the panel for Holly Willoughby's quiz show, Play To The Whistle, Scarlett was also snapped up by Channel 4 for a revival of Streetmate (formerly presented by Davina McCall).