The Chase: Bradley Walsh slaps down Jenny Ryan over request to ‘carry on’ – ‘I will not!’

On Thursday’s episode of ITV’s The Chase, presenter Bradley Walsh didn’t let the Chaser get away with giving a wrong answer and allowing a contestant to gain a precious step towards the Final Chase in their head to head. Of the four contestants, Michael was the first to take on Jenny Ryan and was shortly faced with a question about a namesake of his.

To make it back to the team with his winnings, the player had to answer the question: “‘Life of Michael’ is a biography of which actor and TV presenter?”

The three options in front of him were Michael Ball, Mike Reid, and Michael Palin.

The contestant went for answer C, which was of course the correct one.

The Vixen though missed the ball on this one and went for A instead. 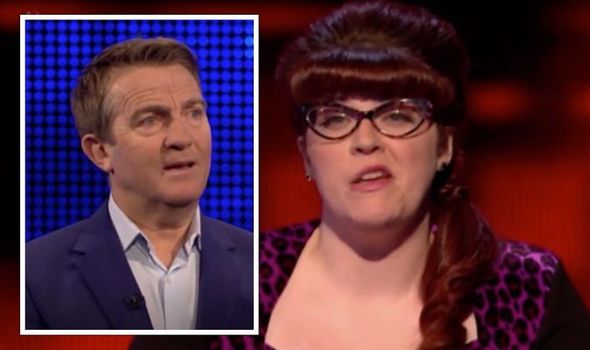 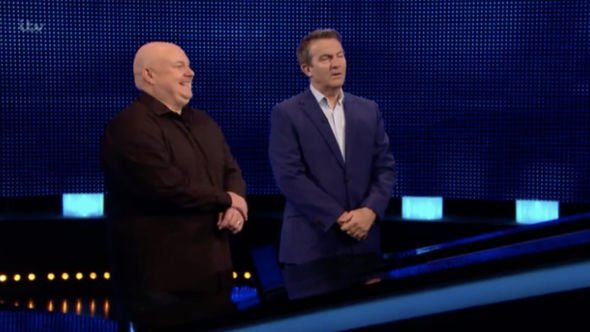 When Bradley revealed her mistake, she tried to justify herself saying: “Missed the reference there.”

As the presenter was looking at her in disbelief she tried to keep the show going: “Carry on.”

Both the contestant and the Vixen laughed a bit awkwardly as Bradley exaggerated reaction. 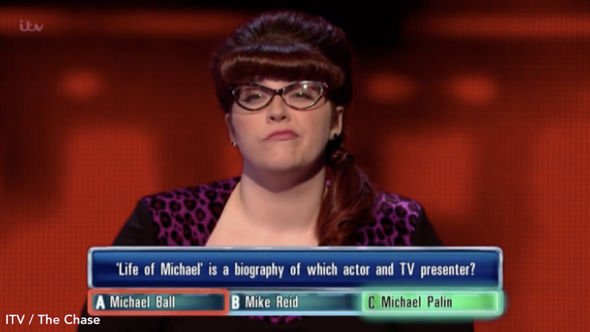 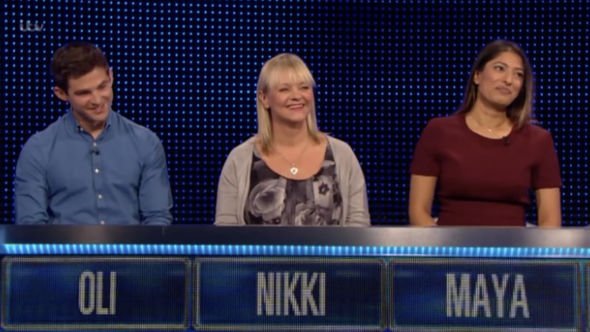 “He is never been the same since he split up with Tommy Cannon,” continued the presenter, jokingly mixing up Michael Ball with Bobby Ball who was in the comic double act Cannon and Ball, with Tommy Cannon.

The audience still laughed and the Vixen was also bent in half at the presenter’s joke.

“It never quite worked, shouldn’t split up a double act,” he continued.

Michael eventually made it back to the team and so did his teammates Nikki and Oli, with a total of £19,000.

Meanwhile, Maya was caught in her head-to-head.

The three accrued 19 steps in the final round against the Vixen, with Michael giving the majority of right answers.

Bradley even congratulated Michael for proving himself to be a talented contestant.

Ultimately though, she focussed on the game and managed to catch up with the team and won with six seconds remaining.

The jackpot was taken away from the contestants who went home empty-handed.