Bradley Walsh welcomed four quizzers this evening who were all hoping to beat the Chaser to take home their share of the jackpot prize fund. However despite their wealth of knowledge, Paul Sinha stole the money away from them at the very last second on the ITV quiz show.

Rachel, Chris, Judith and Adam were invited on to The Chase this evening.

After impressive head-to-head rounds, all that stood in the way of them and the price fund was the Final Chase.

Both Rachel and Chris made it through to the final round after earning £6,000 in their cash builder rounds each.

Next up was Judith who had a disappointing cash builder but went on to escape Paul’s clutches comfortably. 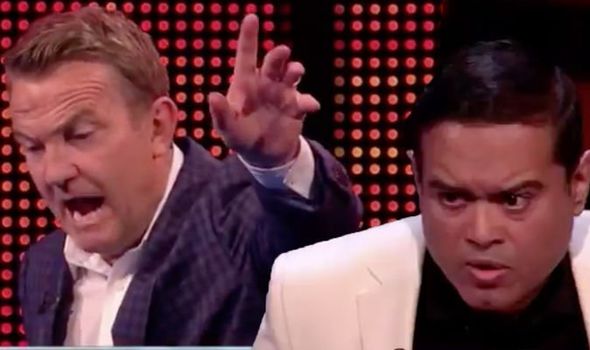 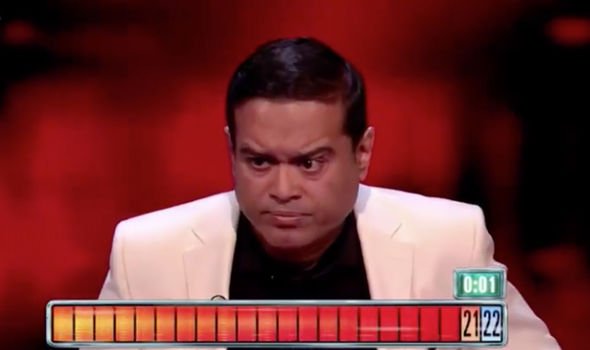 Adam was the last contestant to face the Chaser and Paul labelled him as their strongest player.

The quizzer earned £9,000 but decided to opt for the higher offer of £45,000 after encouraging words of advice from his team mates.

He got off to a great start but it wasn’t long before Paul caught up to him.

With only one question between him and the final, Bradley asked: “In three day eventing, what is the final discipline?” 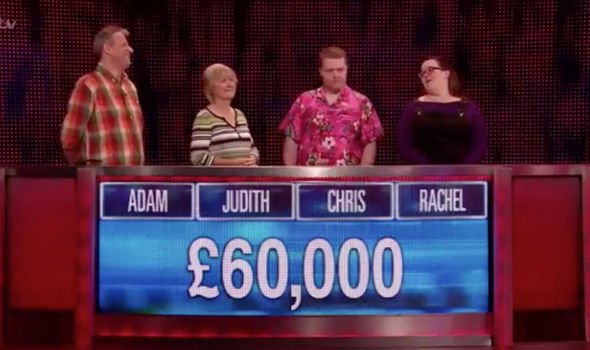 Luckily, Adam knew the answer and opted for show jumping.

But before the answer was confirmed, Paul began to clap his competitor.

When it was revealed he was correct, Adam confirmed he had been fairly confident with his answer.

Paul commented: “That’s why I applauded it was one you had to know.”

But the Chaser unfortunately spoke too soon and the team missed out on the £60,000 prize.

During the Final Chase the team racked up 22 correct answers and things looked good for the contestants when Paul answered a few questions incorrectly on the trot.

Mark Labbett: The Chase quizzer reveals bizarre trick to be a contestant on the show

With seven seconds remaining, Paul answered incorrectly again but the team failed to push him back.

Surprisingly, the Chaser went on to beat the team and with just “milliseconds” to spare Bradley revealed.

Rachel admitted she was “gutted” to have lost and Chris revealed he was “lost for words”.

The Chase airs weekdays at 5pm on ITV