The Chase host Bradley welcomed four new contestants onto the ITV quiz show but only Lyndsey and Jonny managed to make it through to the Final Chase. The pair went up against Paul Sinha, also known as the Sinnerman, who had been on top form throughout the episode. However, he made several slip-ups which led to the pair taking home the prize money.

Lyndsey was second to face the chaser this evening and despite struggling at points, she secured £7,000 for the team in the final round.

But it was Johnny who impressed viewers as he opted for the higher offer of £73,000.

Fortunately, he managed to outrun the chaser in the head to head and joined Lyndsey in the Final Chase.

The pair only answered 16 questions correctly so things didn’t look too good for them. 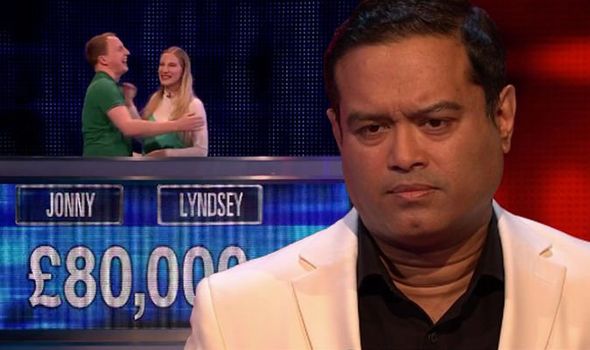 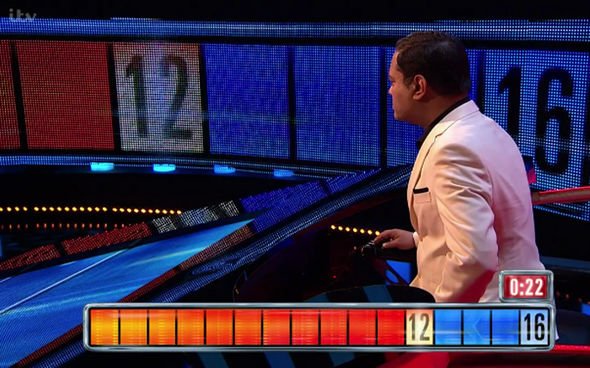 Johnny noted they would probably need a few pushback in order to beat the chaser.

It looked like the duo wouldn’t get to see the £80,000 prize money as the Sinnerman raced through the first few questions.

However, he later slipped up on a number of questions giving Lyndsey and Johnny the chance to pushback.

Overall the Sinnerman gave the pair nine opportunities to pushback and they executed five of those. 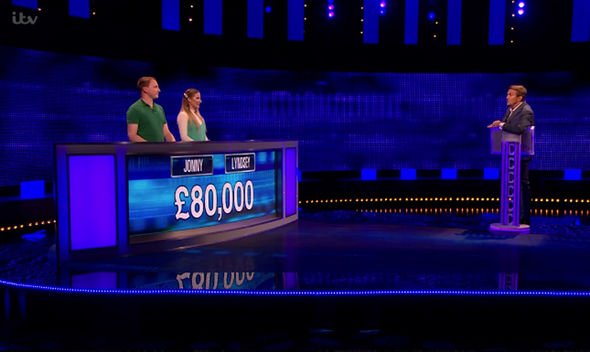 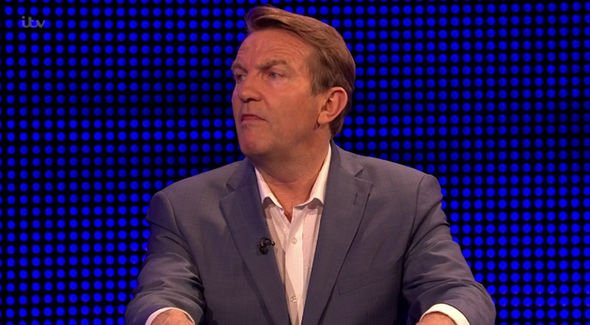 The race went down to the final seconds as the Sinnerman desperately tried to catch up with Lyndsey and Johnny.

Unfortunately he fell short at the last minute and the pair were awarded a share of the £80,000 jackpot.

The duo could be seen hugging as they celebrated their win while the Sinnerman congratulated them.

He said: “Outplayed but credit where credit is due. I didn’t play well there.”

Johnny added of his win: “I can’t believe it. It’s just ridiculous.”

The Chase fans rushed to Twitter to comment on Johnny and Lyndsey’s win, with one tweeting: “What an episode! Seriously well done to Jonny and Lyndsey, incredible amount of money to win #thechase.”

Another added: “Everything thinking that was a single handed win for Johnny might want to look again at how many Lyndsey answered that he’d no clue on.

Someone else continued: “Enjoy your money guys, well deserved! #TheChase.”

Their fellow contestants will no doubt be kicking themselves for not making it to the Final Chase and the chance to nab the jackpot prize.