The Chase: Shaun Wallace put in his place as player swipes ‘you’re getting on my nerves’

Andi, Ernest, Nicola and Sarah were the four amateur quizzers taking on Shaun this evening as they joined host Bradley Walsh on The Chase. Andi was first up to join the ITV host at the table but before he showed off his quizzing skills, there was something else which caught the eye: his jacket. Adorned in blue and green sparkles, it didn’t take long for Bradley to compliment the look but when Shaun had a differing opinion on the wardrobe choice, he was quickly shut down.

The 36-year-old civil servant joined Bradley ahead of his cash-builder and it didn’t take long for the jacket to become centre of attention.

When Andi revealed his job title, Bradley even joked: “I thought you were gonna say you were in show business then.”

As the ITV presenter got to know the contestant more, he soon divulged how he was a massive fan of the Eurovision Song Contest. 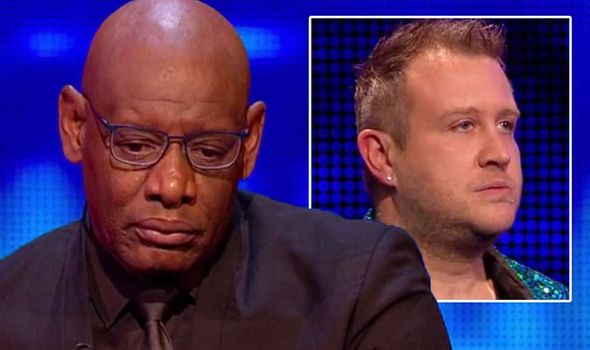 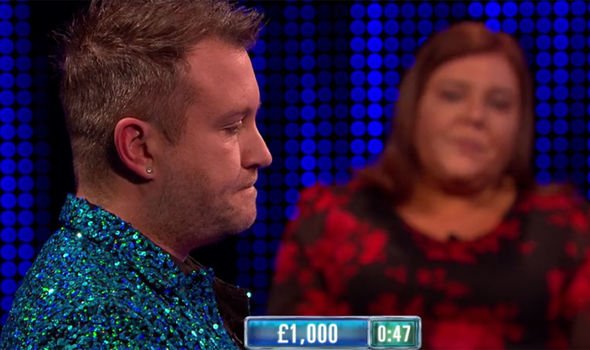 And if he earned enough cash, he would love to go and watch the competition live.

Andi impressed, racking up £6,000 in his cash-builder and soon after, Shaun walked out to face him.

Before long, Shaun was dishing out the swipes at Andi’s jacket, telling him the low offer was £1,000 “for wearing that jacket”.

“It’s a corker that, by the way,” Bradley said as he defended the player, prompting Shaun to hit back: “You reckon?” 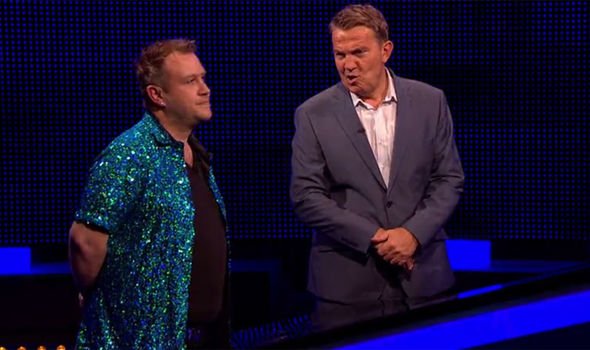 And when Andi opted to stick with the £6,000 he had earned, the insults kept coming.

Shaun told him: “That jacket is just getting on my nerves, it’s got to go.”

However, Andi wasn’t going to take the insult lying down.

The Chase contestant proudly hit back: “You’re getting on my nerves.”

And Andi continued to get one over on Shaun, making it back to the Final Chase with £6,000.

Sarah soon followed suit before Ernest was caught by Shaun, and Nicola made it three in the final.

However, Shaun had the last laugh after the team left him with a target of 14 steps to catch.

Despite some pushbacks, Shaun secured the win with 25 seconds to spare – and couldn’t resist one last dig at the jacket.

Shaun congratulated Andi on his speed and quizzing knowledge, before adding “despite that jacket”.

Andi let the swipe slide as he and his fellow contestants went home empty-handed.

Will it be Shaun taking on a new team on Wednesday’s episode? Or will four new players finally get to take on the mystery new Chaser Bradley has been teasing viewers with?

The Chase continues weekdays at 5pm on ITV.