Mark Labbett was caught off-guard by one contestant’s outstanding performance on today’s edition of the ITV quiz show. The Chase’s host Bradley Walsh was stunned by the player and questioned whether the Chaser was “ready” for the final Chase but Mark admitted he wasn’t too sure if he was up to it.

Bradley welcomed Frank, Adam, Lesley and Leigh onto the show who all hoped they could take on the Chaser and win.

Frank was first up on the show and secured his spot in the final after adding £7,000 to the prize fund.

Adam followed in his footsteps by beating Mark and adding £4,000 to the jackpot.

However, the third and final contestants weren’t unfortunately beaten by Mark. 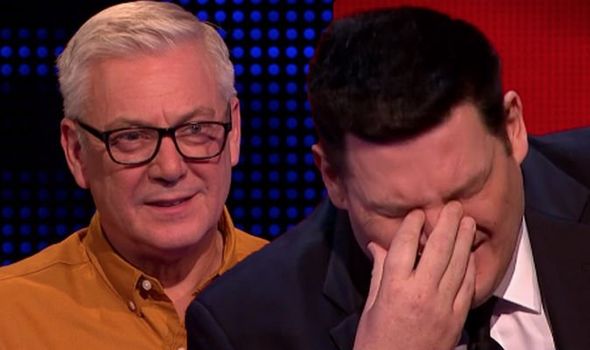 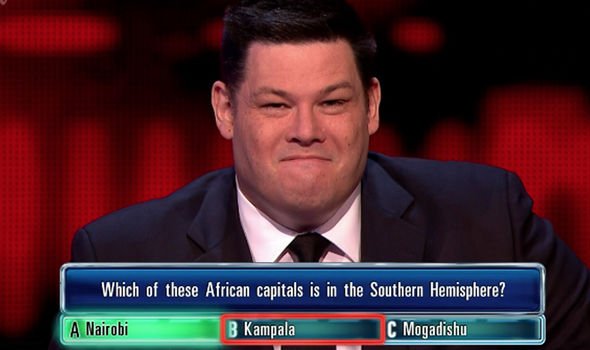 Lesley’s gamble of taking the higher offer didn’t pay off and Leigh struggled to outsmart the Chaser.

In the final chase, Adam and Frank were given a two-point head-start and Frank’s performance was sensational.

The pair scored 22 and the 61-year-old answered all of the 20 questions that were added to their score.

Bradley remarked: “That was unbelievable, 20 questions answered correctly by a single player.” 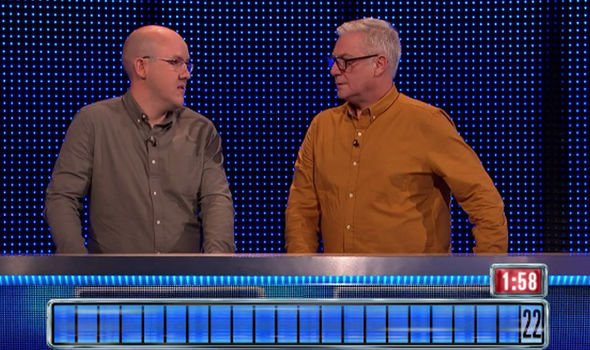 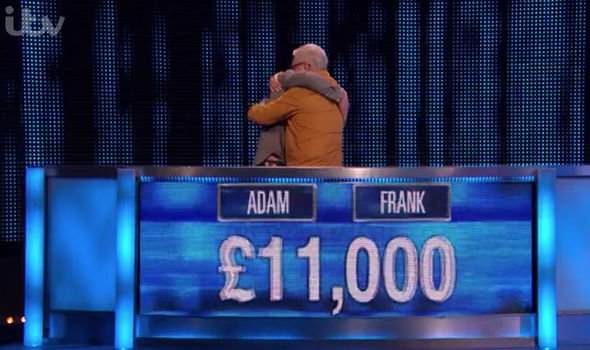 When Mark resumed his position in the studio, he joked: “Well played Adam.”

“That’s how it should be played,” he added. “You ran out of speed after 100 seconds. I’m hoping as a professional I won’t.”

“What a performance,” The Chase host echoed.

“You picked up clues and thumped them home,” Mark remarked.

“Are you ready?” Bradley asked the Chaser but he replied: “I’m not sure after that.”

Once the team’s win had been confirmed, Bradley said: “Performance of the century.”

“That’s what makes it so fun, you put me under pressure,” Mark added.

One said: “Frank has to be the most impressive contestant I’ve ever seen on #TheChase.”

“The most well-deserved WIN!! I wish they had more money in the pot. BRAVO FRANK and Adam. That was the best #TheChase,” a third added.