The Crown season 3: An expert’s guide to show’s royal jargon

After a two-year wait, the third season of The Crown was aired on Netflix with a whole new cast. But like previous episodes, there’s a lot of terminology which could go over viewers’ heads. So to help out, Express.co.uk exclusively spoke to Babbel language expert Ted Mentele to devise the ultimate guide to some of the show’s royal jargon.

An expert’s guide to The Crown’s royal jargon:

Throughout the three series, language has played an important part in The Crown.

Whether it’s how Queen Elizabeth II (played by Olivia Colman) addresses the country or the title roles given to those inside the institution, the terms used are very important in concreting everyone’s place in the world’s most famous family.

In addition to this, the language used has become part of English heritage.

However, language expert Mentele explains that while the Royal Family tend to keep with its traditions, they have had to “move with the times”. 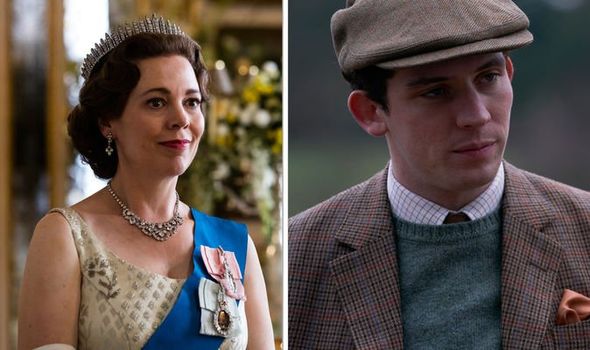 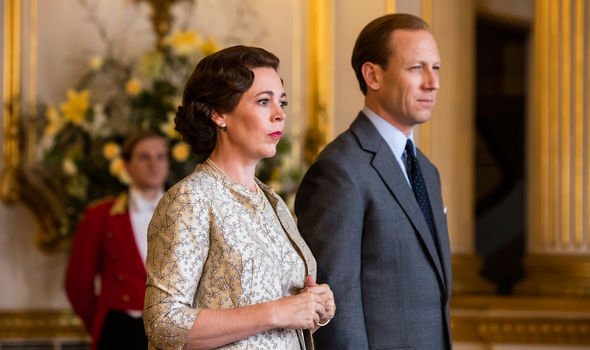 Mentele, who is Editor in Didactics at leading language app Babbel, said: “We can put the fact that royal phraseology hasn’t changed much over the years down to royal protocols and traditions.

“The institution has been going, fairly unchanged for the most part, for hundreds of years and this includes the language.

“Of course, some things have had to move with the times – no other royals have had to deal with such things as social media, for example.

“I think this is part of the reason we’re so interested in it. While the world evolves around them, they manage to keep things the same. It’s fascinating.” 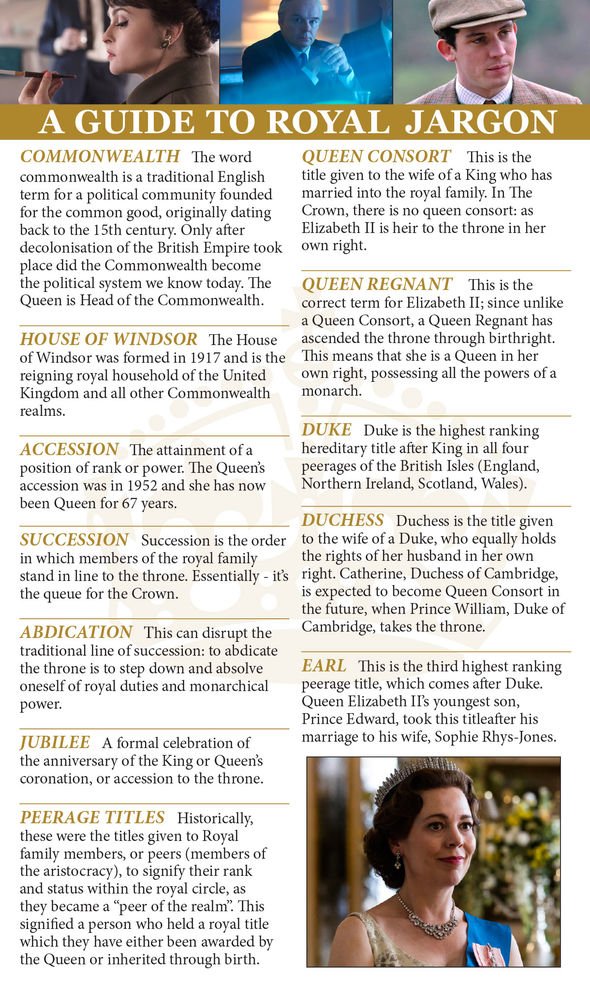 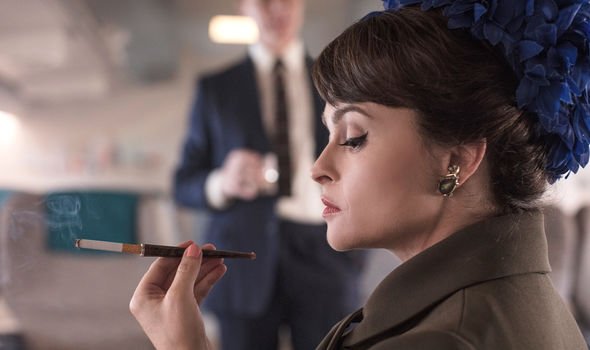 There are a number of examples which have been mentioned throughout the show.

For example, one term previously used in The Crown is peerage titles.

These were the titles given to Royal Family members, or members of the aristocracy, to signify their rank and status within the royal circle, as they became a “peer of the realm”.

This signified a person who held a royal title which they have either been awarded by the Queen or inherited through birth.

While we may see members of the aristocracy receive their ranking in the new season of The Crown, today, only Royal Family members can be elevated to such status.

What fans should also try and remember is the difference between Queen Consort and Queen Regnant.

Queen Consort is the title given to the wife of a King who has married into the Royal Family.

There is no Queen Consort in The Crown as Queen Elizabeth II was heir to the throne in her own right.

However, The Duchess of Cornwall, Camilla Parker Bowels, will legally become the Queen Consort upon Charles’ accession as King.

The correct term for Queen Elizabeth II is Queen Regnant.

Unlike a Queen Consort, a Queen Regnant has ascended the throne through birthright.

This means she is a Queen in her own right, possessing all the powers of a monarch.

Another term which is important to note, particularly in the upcoming season, is succession.

This is the order in which members of the Royal Family stand in line to the throne.

Essentially – it’s the queue for the crown. For the most part, the line of succession is dictated by who was born first, so the British line of succession starts with Charles, Prince of Wales, followed by his eldest son, Prince William.

For more explanations of monarch terminology, take a look at Express.co.uk’s guide to royal jargon above.

The Crown season 3 is available on Netflix.