The Curse of Oak Island: Season 8 Episode 3; If the Ox Shoe Fits

This week on The Curse of Oak Island, the guys have found compelling evidence of a major operation conducted by the British military, which involved hauling a large amount of cargo over the island.

Last week, we saw the Oak Island team concentrate their efforts on Lot 15, an area not far from the Money Pit location that seems to contain a strange stone-like structure.

The guys think it’s an old tar pine kiln that may have been used in the construction of the Money Pit. They also suspect the site contains a tunnel entrance.

This week, the guys continued to investigate Lot 15 and the area between the kiln and the swamp. They were hoping to find a link between the two areas.

And as so often happens, it’s up to metal detectorist Gary Drayton and Jack Begley to find the most compelling evidence of that link.

They found an old ox shoe, nothing unusual about that, they’ve found plenty of ox shoes before, but then they found another and another.

Oxen were regularly used for farming purposes, but this area is not farmland; in fact, it’s land that couldn’t be farmed.

Intriguingly, oxen were used in the past by various military organizations to shift large amounts of cargo. The ox shoes that Gary and Jack found were all in a line, and that line goes from the swamp to Lot 15.

Gary started to wonder if they’d found a trail meant for transporting cargo leading from the swamp to Lot 15. As Jack pointed out, ox shoes are “exciting when you find them in the proper context.”

Earlier in the episode, geologist Dr. Ian Spooner confirmed that he believes there was a deepwater port at the edge of the swamp. And archaeologist David McGinnis also found more evidence of a possible tunnel entrance at Lot 15.

This all leads Gary and Jack to wonder if they’ve found an old trail that was used to transport treasure from ships at the swamp to be buried in the tunnel under Lot 15. 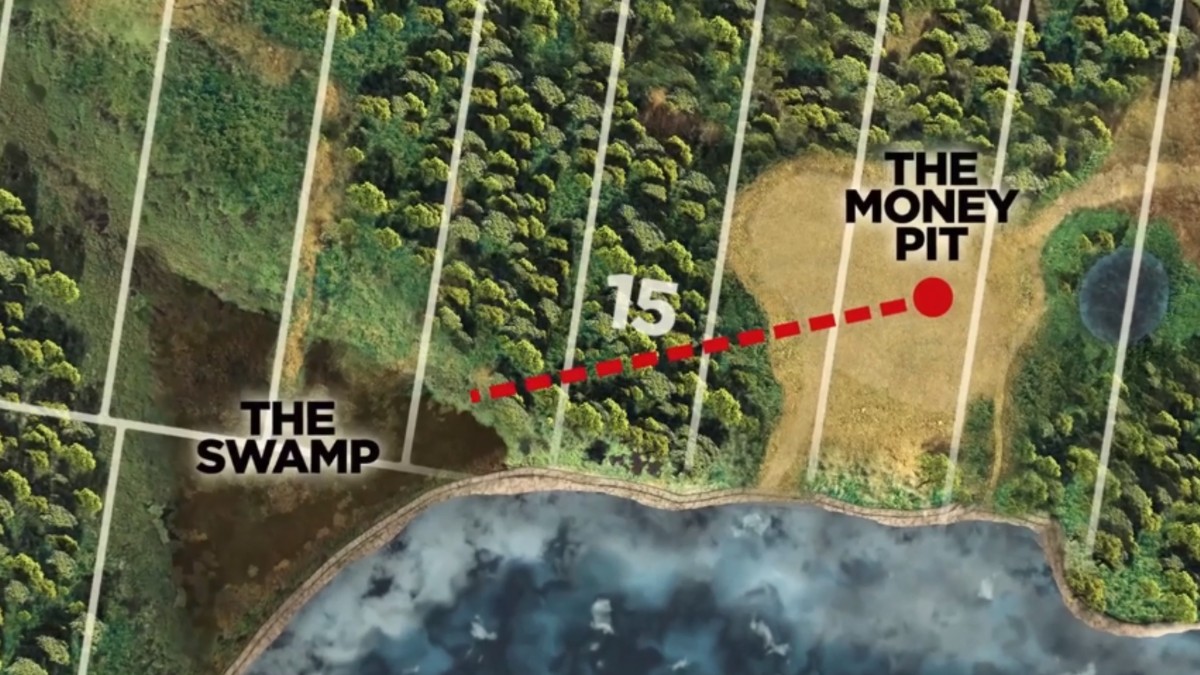 As usual, the guys decided to consult an expert; Jack and Alex Lagina took the ox shoes to everyone’s favorite blacksmith Carmen Legge.

Carmen had great news; first up, he confirmed that the ox shoes predated the Money Pit; he said they’re probably from about 1650 to 1750.

As the ox shoes were all found in a line, Carmen suggested that that indicates heavy industrial activity in the area.

Interestingly, he also said the find comprised both winter and summer ox shoes, which points to the activity happening over several months or at least two seasons.

The British are coming! Did Brit army hide valuables on Oak Island?

Carmen also pointed out that another object the guys found is a decorative ornament that would have been found on a military ox-cart. And this is the big news; he confidently informed the guys that the ox shoes are from the British military.

Therefore, the guys have uncovered evidence of a major British military expedition that involves hauling a large amount of cargo from the swamp, possibly a dock, to underground tunnels at Lot 15.

As Gary later said to excited nodding from the rest of the team, “…old pieces of British iron, now all we gotta do is go find some old British silver.”

Rick Lagina said we’ve had templars, and pirates, and Spanish galleons, and “now we’re gonna throw in the British military in as well… it’s an island of what-ifs and possibilities.”

It sure is Rick, and it never ceases to amaze.

The Curse of Oak Island airs at 9/8c on Investigation Discovery.