The cast has spoken. While speaking at a panel at San Diego Comic Con this evening, stars from Game of Thrones addressed backlash against the show’s final season, which culminated in May. Although showrunners David Benioff and D.B. Weiss were absent for the convention, ensemble members including Maisie Williams (Arya Stark), Conleth Hill (Lord Varys), Liam Cunningham (Ser Davos), and more took part in the closed Q&A. (There were reportedly no fan questions.)

Hill first joked that he was the one behind the viral petition that called for GoT to redo its entire eighth season. “I don’t regret starting the petition,” he quipped, per Variety, but he soon thanked the fans and said the media was to blame for the ruckus. “We’re very grateful for your fandom over the years and I think this is the reality rather than a media-led hate campaign,” he added.

The Lord Varys actor did not address his apparent displeasure with his character’s ending during the Season 8 table read, which was highlighted in the GoT documentary and went viral on Twitter. However, he did say, “For the record, I loved all my ten years on Game of Thrones. It was a life-changing experience.”

Sophie Turner missed tonight’s convention, but she previously addressed the fan petition, calling it “disrespectful to the crew, and the writers, and the filmmakers who have worked tirelessly over 10 years, and for 11 months shooting the last season.”

Nikolaj Coster-Waldau, known onscreen as Jaime Lannister, chimed in at tonight’s event: “It comes to an end it’s gonna piss you off no matter what because it’s the end. If you hated the ending, if you loved the ending, that’s great, just don’t call people names.”

He also noted that Jaime’s death scene was “perfect” with Cersei and “made sense” for his character. 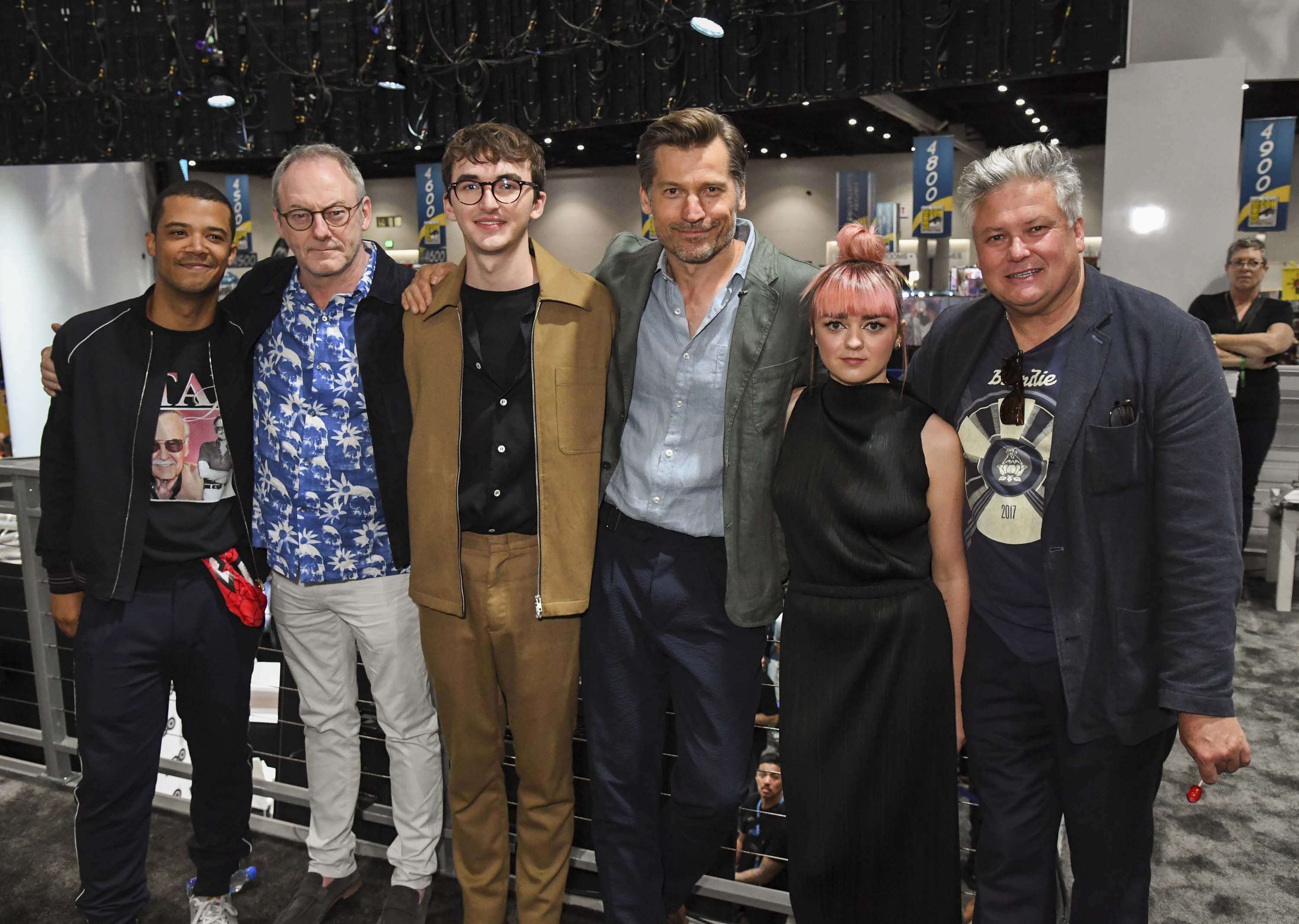 The Danish actor, who is Emmy-nominated as a supporting actor for his role as the “Kingslayer,” also told The Hollywood Reporter that the show’s 32 Emmy nods “[validate] the writing on Game of Thrones” despite the uproar.

At the Comic Con panel, Liam Cunningham went on a more heartfelt note, saying he and his castmates “feel blessed to be a part” of the “journey” that was Game of Thrones. He also reportedly joked that Davos should’ve ended up as king in the end.