The Handmaid’s Tale fans ‘work out’ Nick’s next move

Hulu’s popular dystopian drama has returned to screens for a fifth season, which sees former Handmaid June Osborne (played by Elisabeth Moss) continue to take on Gilead from behind-the-scenes. After a covert conversation with her old flame Nick Blaine (Max Minghella), fans think they know his next move in the remaining episodes of The Handmaid’s Tale.

Fans have predicted a huge twist for Nick’s relationship with his new wife, Rose (Carey Cox).

In episode three, Border, June was left reeling after her daughter Hannah (Jordana Blake) appeared on the Gilead news.

Meanwhile, Nick’s loyalties are still up for debate as the newly-appointed Commander meets up with June’s nemesis, Serena Joy Waterford (Yvonne Strahovski).

However, it appears Nick could still be working in the background to take down Gilead from the inside after his revealing phone call with June. 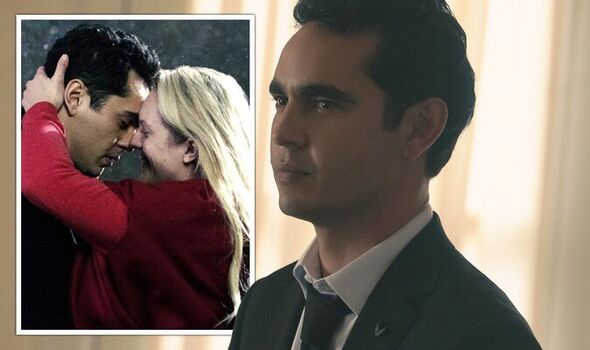 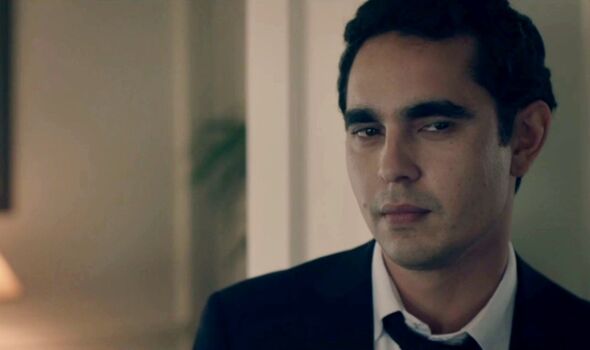 Later in the episode, Nick discusses Hannah’s appearance with June and confirms to her the purple colour she was wearing signifies she’s being groomed to become a Commander’s wife.

He also confirms he has a new wife, Rose, and urges June to stay safe.

Nick confesses he won’t be able to get in touch for some time, but fans believe it won’t be long before the Commander’s plans are revealed.

Although Rose has only made brief appearances in the new season so far, viewers are also convinced she could play a key part in the next stage of Nick’s sabotage. 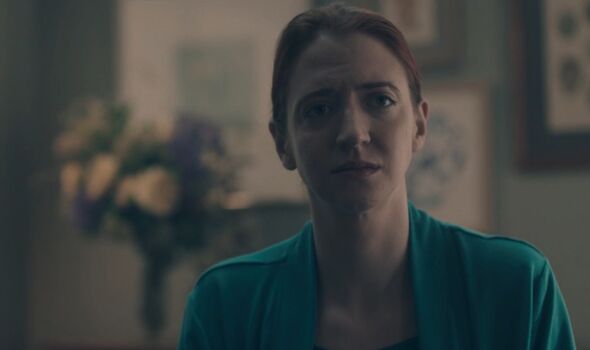 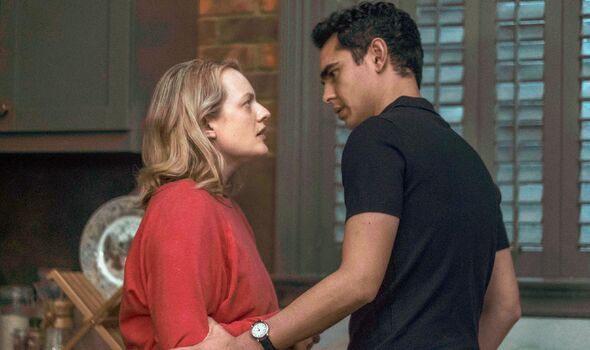 On Twitter, @sophiamosc said: “Okay, after that scene and June’s reaction to Nick’s new wife we can definitely say that June and Nick are endgame. June really loves Nick.”

And @mobprincess2714 agreed, adding: “This is why June and Nick are soulmates.

“She isn’t mad that Nick has a new wife. She gets it’s all business.

“June and Nick are so deeply intertwined with Gilead’s customs it’s second nature to them.”

A sizeable majority of The Handmaid’s Tale fans are still convinced Nick and June will end up together by the end of the series.

But, how could Rose’s new role as Nick’s wife come into play as the war against Gilead heats up in the drama’s final two seasons?

“Seems to me like Nick is using Rose as a distraction and political gain since he knew once June got out of Gilead, they would no longer be able to be together.”

While others are convinced Rose herself could be a part of Nick’s infiltration of Gilead, and could eventually join up with June and other members of the resistance group Mayday.

And PastorsDaughter69420 agreed: “Yes, totally! She has the advantage of an extended social reach due to her family.

“But also the ‘handicaps’ of her gender and physical disability that make her both invisible and relatively untouchable.”

Rose’s disadvantages could prove to be an unexpected advantage in The Handmaid’s Tale’s cutthroat dystopian society, and she could eventually become an integral freedom fighter against Gilead in the final stretch of Hulu’s hit drama.

The Handmaid’s Tale season 5 continues Wednesdays on Hulu in the US. Seasons 1-4 are available to stream on All4 in the UK.