The Handmaid’s Tale has had a rough third season – full of brutality, fights, and death.

June Osbourne (played by Elisabeth Moss) has done well to keep on the right side of many people in order to survive so far.

However her luck could be about to run out, as she has recently made some enemies in her closest of allies: the other handmaids.

June became fast friends with Janine (Madeline Brewer) early in season one, and has maintained a strong relationship with her throughout the three seasons.

But season three’s episode nine saw June and Janine involved in a spat, after June attempted to kill Ofmatthew (Ashleigh LaThrop) as she lay in the hospital bed, after being left braindead.

This is really the first time Janine has stood up to June in their entire friendship – but could it have been a push towards a more drastic outcome for the duo?

Speaking to Harper’s Bazaar Janine star Madeline revealed the real reason her character took on June, and teased a darker ending to their friendship.

Madeline first explained: “After June is being tortured and stuck in Ofmatthew’s hospital room for days and days and days on end, Janine sees that June’s about to take a drastic measure.

“The whole reason the girls only start bullying Ofmatthew — well, yes, she got Martha killed and she isn’t really sorry — is that Martha was protecting June’s daughter. Now we’re ruining the life of this girl who complicated things for June. 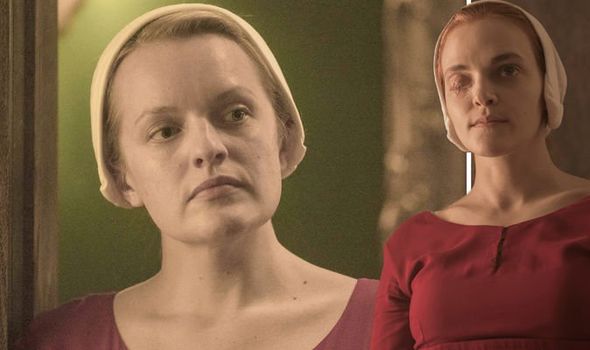 It’s not because of any moral standpoint on June’s part. It’s because now she doesn’t have that throughline to her daughter

“It’s not because of any moral standpoint on June’s part. It’s because now she doesn’t have that throughline to her daughter.”

Madeline concluded: “I think Janine sees a lot more than anybody thinks she does.”

While Janine can be extremely timid at times, she has certainly already proven how assertive and commanding she can be.

Fans will surely remember the harrowing scene whereby Janine took her daughter and almost jumped off a bridge with her to get what she wanted.

This was later followed by her insolence towards Aunt Lydia (Ann Dowd), causing even more uproar.

So then, could Janine have some sort of hand in June’s downfall? 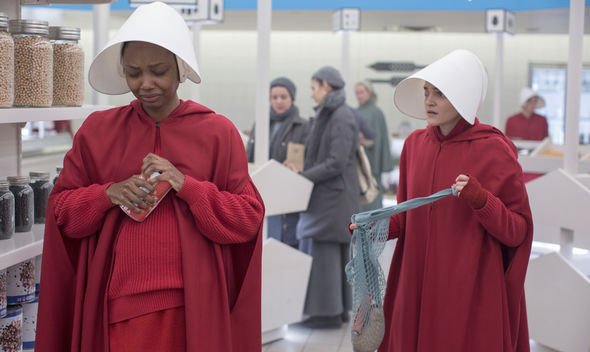 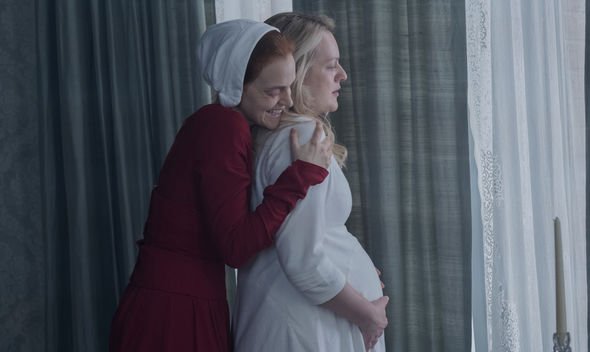 She has proven how brutal she can be in the past, and with her patience for June waining, she may want to bring an end to everyone tiptoeing around June’s demands.

Meanwhile fans have been mulling over the decisions Serena Joy (Yvonne Strahovski) has been making throughout the season.

And, ultimately, they have worked out Serena has not yet left Gilead because she likes being on the favoured side of the elite class.

While she hates the way a number of things work in the dictatorship, she has an extremely easy life, and fans think this is something she is simply not willing to give up.

The Handmaid’s Tale season 3 continues 9pm Wednesdays on Hulu on Wednesdays and Sundays on Channel 4.