'The Last Kingdom': Why Eardwulf Tries to Manipulate Aethelred in Season 4 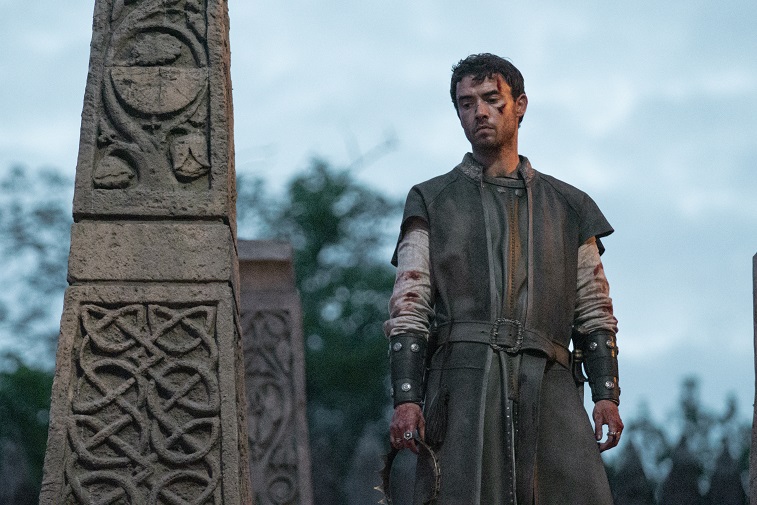 Eardwulf is from a disgraced noble family. He’s been trying to climb his way back to the top and it doesn’t matter who he has to kill, hurt, or manipulate to get there. He even goes so far as to use his sister to influence Aethelred. He somehow manages to become the commander of all of Aethelred’s troops along the way.

Why Eardwulf tries to manipulate Aethelred so much

Eardwulf wants what his family used to have, and that’s influence in Mercia. He gains the respect of the soldiers he commands but somehow finds it difficult to gain Aethelred’s respect, who lashes out at anyone, especially Eardwulf.

Eardwulf wants to gain as much influence and power as possible and he knows he can only achieve it by manipulating Aethelred. He even kills a messenger when he doesn’t like what he hears because he knows it will anger Aethelred.

Eardwulf kills Aethelred when he feels power slipping from his grasp

Aethelred sustains a pretty bad head wound in battle andbarely makes it back to his home alive. He’s on the verge of death and everyoneis scrambling to choose a successor. Somehow, the choice falls on Eardwulf byKing Edward of Wessex (Timothy Innes).

When Eardwulf goes to tell Aethelred that he’s has been chosenand he’ll be marrying Aethelflaed’s (Millie Brady) daughter to seal the deal,Aethelred isn’t having any of it. He openly tells him that won’t be happeningand Eardwulf decides it’s the perfect time to tighten Aethelred’s head bandagesuntil it kills him.

His sister helps bring him down

A new season brings new characters and new cast members in to the fold. Introducing… Stefanie Martini as Eadith and Jamie Blackley as her brother and Aethelred’s right hand man, Eardwulf. Eysteinn Sigurdarson joins the fray as Sigtryggr, with Ruby Hartley as Uhtred’s daughter Stiorra, Finn Elliot as Young Uhtred, and Ossian Perret as Wihtgar. #TheLastKingdom

RELATED: ‘The Last Kingdom’: What Do Fans Think of Eadith in Season 4?

Eadith (Stefanie Martini), who has witnessed her brother’s cruelty and unimaginable acts, is his final undoing. When Eardwulf and his men catch up to Eadith, she tells his troops to check the bag he carries around his neck. Inside is Aethelred’s ring and proof that Eardwulf murdered him. He leaves in disgrace, but soon finds himself allied with the Danes. He convinces them that going to Winchester is the perfect thing to do.

He’s with the Danes with they take Winchester. On one occasion, he’s drunk and goes to Stiorra (Ruby Hartley), Uhtred’s (Alexander Dreymon) daughter. He tells her he wants revenge and he acts like he’s going to sexually assault her. He then hits her, but Sigtryggr (Eysteinn Sigurðarson) comes in and hits him instead. Stiorra reveals that Eardwulf killed Aethelred while he laid helpless wounded in bed. Sigtryggr has Eardwulf publicly executed for his “ambition.” He’s stabbed in the shoulder and it’s honestly a gruesome death.

Eardwulf died for “his ambition” and it was his undoing inthe end. He tried to manipulate Aethelred, but that wasn’t enough to give himthe power and influence he craved.