The Masked Dancer: Who was the celebrity behind Pig as they faced elimination? 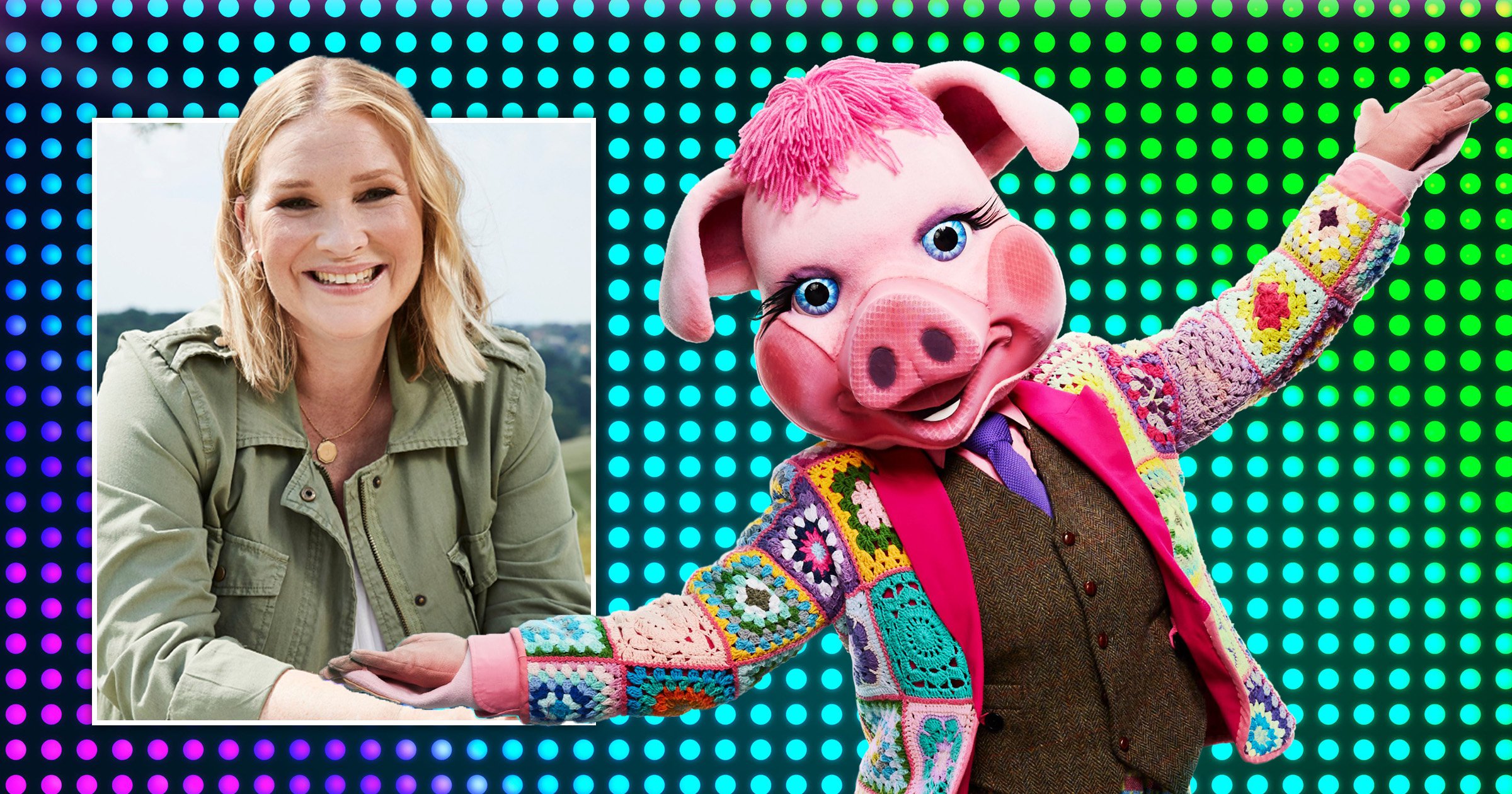 The Masked Dancer unveiled its second contestant tonight, as Pig was unfortunately eliminated and revealed to be Joanna Page!

The Gavin and Stacey star was unfortunately eliminated from the ITV competition, after being in the bottom three with Cactus and Pearly King, who have yet to be announced.

Guesses for who Pig could be included Anita Rani and Clare Balding, but it was actually Joanna who had audiences tricked!

Last week, Desperate Housewives star Jesse Metcalfe was the first contestant eliminated, as he was unmasked and revealed to be the dancer being Astronaut.

Pig’s clues tonight didn’t have the judges guessing it was Joanna behind the mask, but she cleared things up when she was unmasked.

Pig’s clues were all given in or around their bright pink countryside cottage, which was later spotted to be number 47 – the same as Stacey’s house number in the iconic comedy!

Elsewhere, hints were dropped of a betting slip and racing gloves, and in their own words, were ‘strong, vicious and fiery,’ and ‘always up for a challenge.’

The racing ticket was a hint to the movie Dream Horse which Joanna starred in.

The final clue was: ‘I once made a right pig’s ear of meeting someone I really admired,’ which Joanna later explained as the time she met Dame Emma Thompson while filming Love Actually.

Now, 10 undercover celebrities are strutting their stuff, as judges Jonathon Ross, Davina McCall, Oti Mabuse and Peter Crouch do their best to guess their identities.

The series, a spin-off of the ever popular Masked Singer, has bagged itself a primetime Saturday night slot this year after debuting on screens in the summer of 2021 – and you can expect a clash of the titans as it goes head to head with Strictly Come Dancing.