Just two episodes are left of the third season of The Masked Singer. With three costumed celebrities still to be revealed, fans were shocked by the events on the latest episode of Fox’s thrilling secret competition.

The latest episode of The Masked Singer saw one more hidden celebrity sent home as the Rhino failed to rise to the challenge.

Rhino’s rendition of country classic Humble and Kind by Tim McCraw failed to deliver next to covers of Nick Jonas and The Masked Singer’s first eliminated celeb Lil Wayne.

Former baseball star Barry Zito was revealed as the Rhino this week, meaning there are only two episodes left before a winner is finally revealed.

Many viewers were impressed when long-running panelist Jenny McCarthy managed to correctly guess the identity of the eliminated contestant yet again. 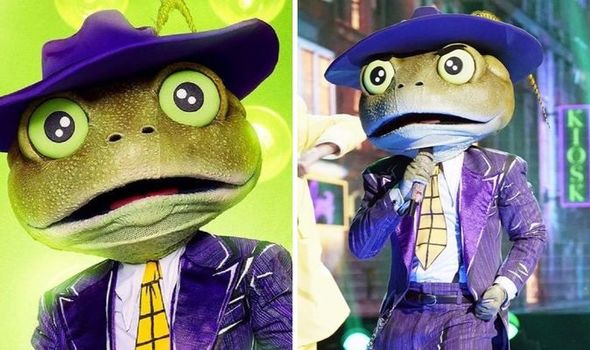 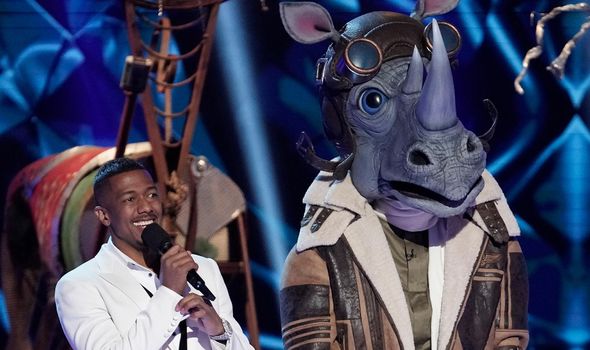 Meanwhile, fans had nothing but positivity for this week’s guest judge, comedian and Saturday Night Live star Jay Pharoah.

One fan commented: “Jay Pharaoh is quickly rising up the ranks of my favorite people with every impression.”

Now the end of the current season is in sight, speculation continues regarding the secret identities of the remaining three contestants.

Additionally, a recent merchandise leak seems to have spoiled the Frog will eventually take the crown when the finale airs on May 20th. 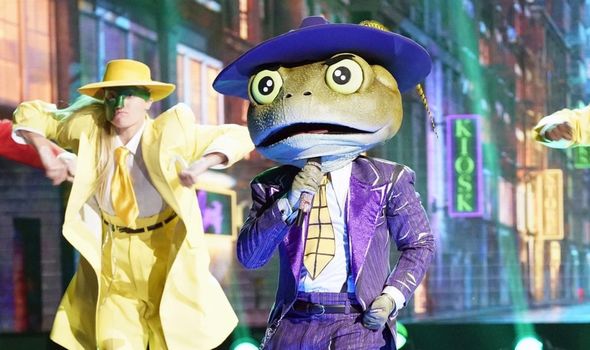 Observant fans have scoured through his performances and clue packages and might have deduced the Frog is rapper Bow Wow under the mask.

This week, the Frog stunned fans with his rendition of Hip Hop Hooray by hip hop group Naughty by Nature which encouraged the purple-suited star to finally break out his singing chops.

The Frog has caused minor disappointments throughout the season so far with his tendency to choose rap songs, but this week saw the fan favourite player finally challenge his vocals.

Fans took to social media to heap praise on the formidable top dog of the final three celebs.

One fan commented: “When Frog sings and doesn’t rap he sounds so great! He should have done it more.”

While another viewer agreed and added: “That’s why I’ve been so p****d all season. Bow Wow CAN sing, he just chooses not to.”

They added: “It’s not like he’s a terrible singer but he just sticks to rap.”

However, over on Twitter one more fan disagreed and added: “Why is Frog still on Masked Singer? He obviously lacks the ability to sing. If he wins, Masked Singer will lose lots of viewers. I really don’t want that to happen.”

Most fans are in agreement that Bow Wow is under the Frog mask, but the star has remained consistent with his song picks throughout the third season.

Although he surprised some fans when he chose an Imagine Dragons tune in Week 12, last week he stayed true to his rap roots by taking on Bust a Move by Young MC.

If the leaks are to be believed, Bow Wow will be leaving the show victorious next week, though fans are still divided on whether Frog deserves to take the crown.

The Masked Singer continues on Fox every Wednesday.