Before composer Jim Williams’ had ever heard of “Resurrection,” his music was a key component of writer-director Andrew Semans’ daring and affecting new thriller. “We temped a lot of the movie with Jim Williams before Jim Williams even came on,” Semans told IndieWire. “‘We were like, ‘Well, he’s all over the movie already, maybe we can get him.’” “Resurrection,” a film that is simultaneously a heartbreaking character study, a disturbing body horror film, and at times a pitch-black comedy, was exactly the kind of project that tends to attract Williams. Given credits on his resume like “A Field in England,” “Possessor,” and Julia Ducourneau’s “Raw” and “Titane,” the composer is clearly interested in the unusual and the challenging.

“I’m drawn to the opportunity to try something out of the ordinary,” Williams told IndieWire. “Julia Ducourneau and Andrew Semans give me a lot of scope to be creative. They know the music’s going to come their way and they make room to accommodate it so that you’re not just under dialogue all the time, because then you’re really limited in what you can do. Sonically, you can’t put a snare drum or a fuzz bass in when someone is chatting.” Williams knew “Resurrection” was for him based on the audacity of the script and Semans’ visual style, which would allow him to add an entirely new dimension through his music. “If I read a script and think it really needs a lot of help, I won’t really push to get it. ‘Resurrection’ was really bold, with so many different layers and latent possibilities.”

In “Resurrection,” Rebecca Hall plays Margaret, a successful executive and single mother who exerts total control over her life until an unsettling figure from her past (Tim Roth) appears and threatens to upend everything. To give any more plot description would be to rob the viewer of the immense pleasure the film provides in its unpredictable and horrifying twists and turns, developments that are objectively outrageous but which Semans’ controlled direction and Williams’ complex score unify into an absorbing, realistic drama. Right from the beginning, the tension between Margaret’s superficial sense of power and the hazards just around the corner is beautifully expressed by the music.

“In the opening titles, she’s walking through the office as a very confident and capable person, but there’s a vulnerability there,” Williams said. “I began with a kind of neoclassical thing that has a very strict structure, kind of like Stravinsky, following a pattern that was very solid. Then as she moves on that structure recedes and becomes slightly more melancholic with a new more modern sounding kind of harmony, and at the end there’s a subtle hint of a female vocal toward the end.” That vocal — recorded by Williams’ wife — returns later in the film to great effect, which speaks to one of Williams’ preferred ways of working. “In an ideal world, I like to write the whole movie in the opening titles,” he said. 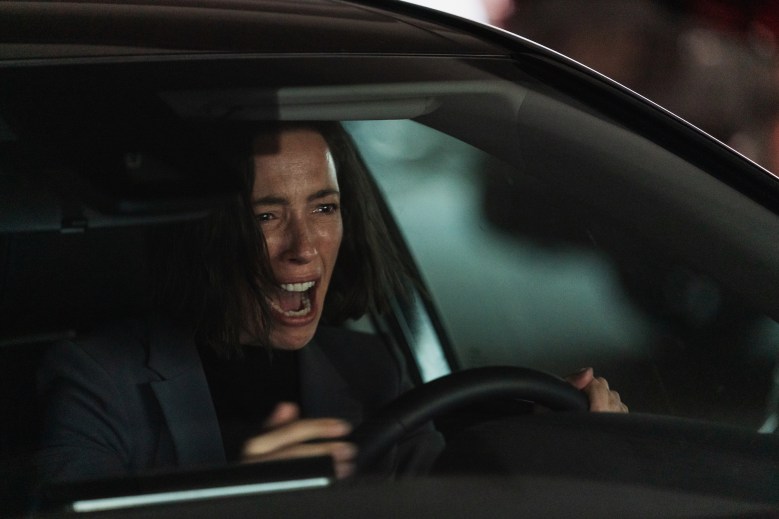 The propulsive strings that open “Resurrection” are just one component of a multifaceted soundscape that moves smoothly between classical compositions and more atmospheric, ambient music, with different styles illustrating different aspects of Margaret’s emotional life. “The rule of thumb was that when Margaret was taking action and being assertive, or trying to exert mastery over a situation, we would bring in the strings,” Semans said. “Margaret’s idea of herself as someone confident and in control would be reflected by those strings, but there’s also something destabilizing there, something slightly discordant. There are a lot of strings early, then they crop up in more subtle ways throughout the movie before coming back in a much more ominous way in the third act.”

For Semans, the music and sound design were the areas in which to explore Margaret’s subjective experience and allow the audience to share her distress. “Generally speaking, the visuals are rather straightforward and stripped down and austere,” the director said. “Everything you’re looking at is designed to feel grounded and realistic — the ‘facts’ of the case. But the soundscape is Margaret’s subjective experience, where we gave ourselves license to be stylized and expressionistic. I was very enamored of this contrast between the objective and the subjective in the visual and the auditory.” Because the outside world can’t see what is happening to Margaret, it fell upon Williams to cue the viewer to the perils awaiting her. “There’s a point in the film where I tell the audience that she’s in trouble,” Williams said. “That’s the kind of thing you can do with scoring, a lot of it is all about potential danger. It’s that Bernard Herrmann thing where you tell the audience something bad is going to happen, and not just scary bad — really bad.”

Williams noted that the challenging schedule he was on helped the music, as it fed into the intensity and anxiety of the movie. “It was an intense movie and an intense schedule and it was really exciting, actually,” he said. “Andrew is a fantastic human being and I really enjoyed that collaboration.” According to Semans, the feeling was mutual. “The only thing that’s truly consistent about Jim’s work is that he’s always taking risks and doing things that are unconventional and unexpected. He was a great collaborator because he never wants to generate music that expresses just one emotion. He always wants to do something more complicated, with ambiguity or some internal contradiction. It proved to be a very good collaboration in that sense.”