'The Mysterious Benedict Society' Moves From Hulu to Disney+ 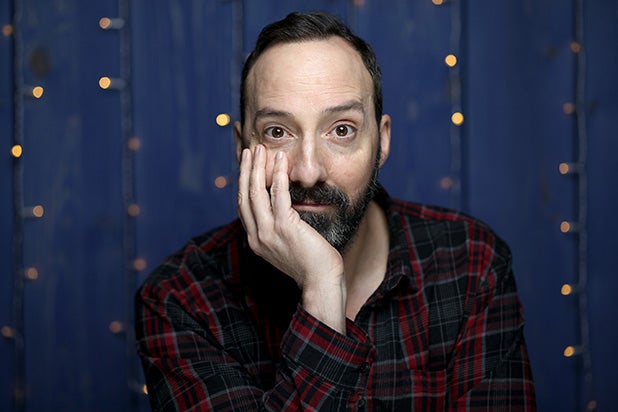 Disney’s adaptation of “The Mysterious Benedict Society” is moving from Hulu to sister streaming service Disney+, the company announced Friday.

Led by “Veep” alum Tony Hale, the series follows four gifted orphans who are recruited by an eccentric, benefactor to go on a secret mission. Placed undercover at a boarding school known as “The Institute,” they must foil a nefarious plot with global ramifications while creating a new sort of family along the way.

The eight-episode first season, which is based on the first book in the series by author Trenton Lee Stewart, is set to premiere in 2021.

“‘The Mysterious Benedict Society’ is a beautifully executed adaptation of the celebrated and beloved book series. It’s original, clever and fun for the whole family, which makes it the perfect fit for Disney+,” Dana Walden, chairman of Entertainment, Walt Disney Television, said. “One of the great benefits to creators of working with our company is that we have a platform that’s right for every series, and having seen the first few episodes of this show, there is no better home for it than Disney+.”

“Disney+ has established itself over the last year as the streaming home for a diverse slate of high-quality content featuring beloved franchises, stories and characters,” Ricky Strauss, president, Programming and Content Curation, Disney+ and Hulu, added. “We’re thrilled to add ‘The Mysterious Benedict Society’ to Disney+ and know it will captivate our viewers’ imagination with exciting new worlds and capture the hearts of audiences of all ages.”

Matt Manfredi and Phil Hay are writers and creators of the series, with Darren Swimmer and Todd Slavkin serving as showrunners. Executive producers on the series, which hails from Sonar Entertainment and 20th Television, also include Jamie Tarses and Karen Kehela Sherwood.