The One Show: ‘Can’t work with this’ Mel Giedroyc walks off set leaving Matt Baker stunned

The One Show got off to a seriously funny start this evening when Matt Baker and Mel Giedroyc introduced tonight’s guests.

It was a Horrible Histories evening as they had Kim Cattrall on to promote her new film based on the successful BBC series.

As the show started, the presenting pair were surrounded by guests dressed as Romans of every status.

Mel said: “I know it’s only my second day filling in. I’m not normally a mean person, I don’t complain, but the guests, Matt. They are absolutely horrible.

“They smell horrible. I mean, I don’t know what this is, this is horrible. They’re all horrible Matt.”

While Mel wandered around them, Matt admitted: “To be fair, there is a horrible whiff around here.”

The former Great British Bake Off star joked: “This is something I’ve never done before but I can’t do it. I can’t work with this.”

At that, Mel walked off the set with a serious pace on her, while Matt shouted after her.

He added: “At least just let me explain. This lot is here because Horrible Histories: The Movie is out on the 28th July and tonight we’ve got a huge Hollywood star with us.”

Mel slowly wandered back on set and asked: “Did you say Hollywood star?”

When Matt confirmed he did, Mel confirmed she would be staying for the show. 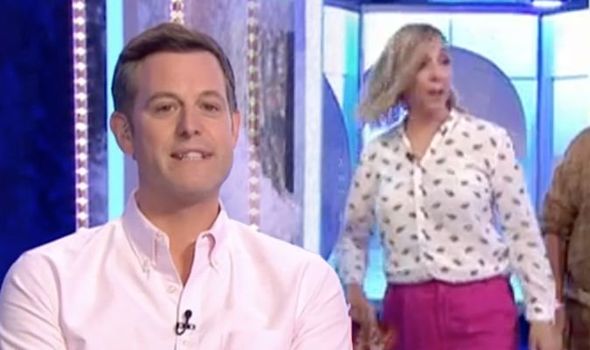 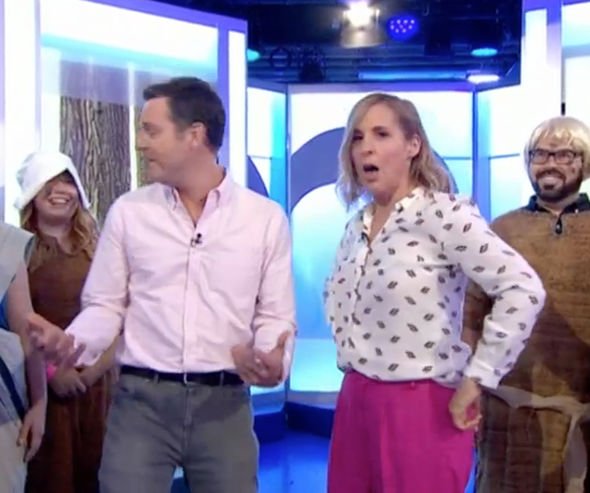 Just after that, she turned to her co-star and said their joke “went very well”.

Matt agreed, adding how they had successfully completed some “live comedy”.

Yesterday on The One Show, Mel Giedroyc was left red-faced over an awkward Jill Halfpenny gaffe.

The former EastEnders star was there to discuss her new role in Dark Money, during which she plays a mother.

Mel made the mistake when probing Jill about how roles have changed as she’s gotten older. 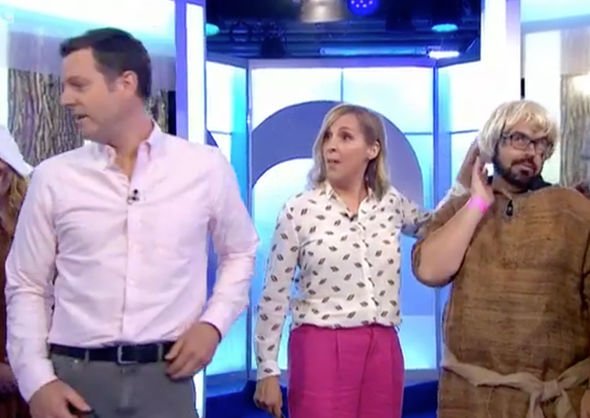 The presenter asked: “I think I’ve heard you say Jill that since you’ve hit your forties, that suddenly you’re being offered a lot more, would you say that’s right or is it that they’re more interesting?”

Jill seemed to be taken aback by the comment and then proceeded to correct Mel.

“I think it’s that they’re more interesting, I think that’s what I said, way back,” she replied.

Mel quickly said: “You did Jill, I got it wrong!”

“We’ll take about it later,” Jill joked with the host.

The One Show airs weeknights on BBC One at 7pm.