WANT to feel old? Director Emilio Estevez is the same age as his dad Martin Sheen was when he started making The West Wing.

Another reminder we’re all hurtling towards worm food at an unfathomable rate. 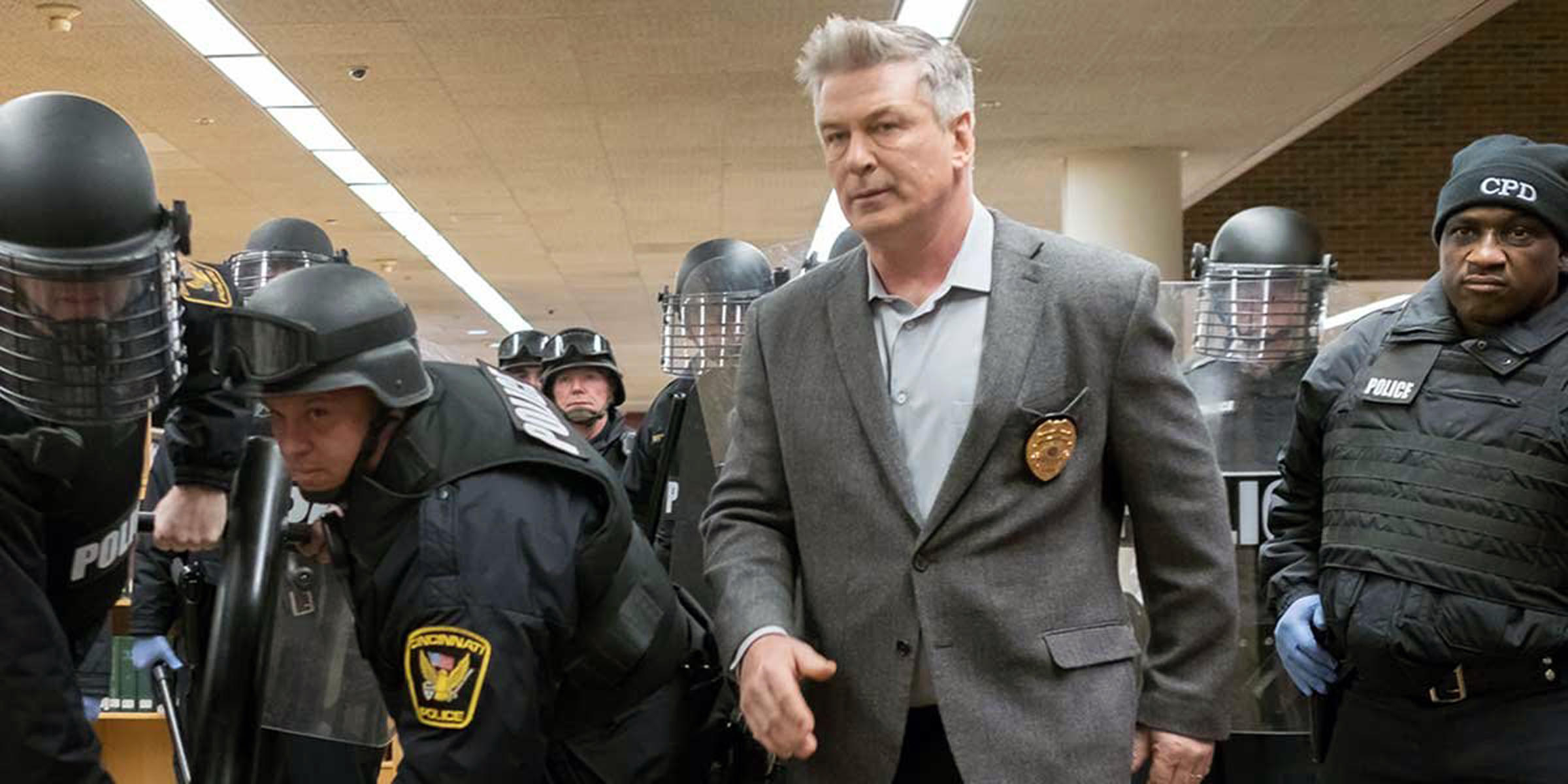 Watching his story of a librarian managing a stand-off between homeless people and the police may have you wishing you were getting there a bit quicker.

Stuart Goodson (Estevez) is a librarian at the Cincinnati public library, which we quickly learn means far more to the community than just books. It is a lifeline.

During some of the harshest weather the city has seen in years, the homeless feel they have no alternative but to stage a takeover of the building.

This results in a stand-off between them and the authorities, with the library staff caught in the middle.

What begins as a case of civil disobedience quickly opens up a wider conversation around homelessness and mental health.

The impressive ensemble – including Taylor Schilling, Jeffrey Wright, Alec Baldwin and Christian Slater – all appear to be trying their best. But the whole thing feels too tame, cliched and worthy. It’s fighting a perfectly valid social argument but feels like an average play eked out into a film.

Credit to Estevez for making this but it’s quite thin, offers no real solutions and has tired characterisations.

END_OF_DOCUMENT_TOKEN_TO_BE_REPLACED

DEAR DEIDRE: I AM having sex with two guys and can’t choose between them. One guy is amazing and I am totally in love with him — but he’s married. The other is single and I do care about him . . . but I’m obsessed with my married lover. Get in touch with Deidre today My team and I are working safely from […]

END_OF_DOCUMENT_TOKEN_TO_BE_REPLACED
We and our partners use cookies on this site to improve our service, perform analytics, personalize advertising, measure advertising performance, and remember website preferences.Ok